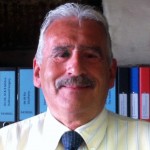 David Jones started his career with Her Majesty’s Revenue & Customs (HMRC). He initially worked in the London area, as a Senior Tax Investigator, moving to Shrewsbury in 1977 to head a specialist team dealing in VAT fraud.

In 1986, having achieved an Accountancy degree with the Chartered Certified Accountants, David who was becoming increasingly frustrated at HMRC’s unreasonable attitude to the local small business community, decided to leave the role of gamekeeper and join the side of the poachers. Having put down permanent roots in Shrewsbury (his two young children being educated at local schools) David decided that Shropshire would be the ideal place for him to form his first business; MJ&Co, which is still operating today.

David, who had never worked in the private sector before, started his accountancy practice with an initial group of small businesses owned by people that David had grown to know since he had moved to Shropshire. As time went by David’s reputation for excellence grew and the MJ&Co’s client base began to take on a more diverse feel; a combination of sole traders, partnerships and small to medium sized Limited Companies. Three essential differences separated David out from his competitors:

No matter how the economy has faired in the last 34 years David and MJ&Co have continued to grow because he has always stayed true to his principles and treated all of his clients big or small with the respect and attention that every business deserves from their Accountant. David also believes in giving something back to the community that has increasingly supported him over the years and provides free accountancy help and advice for a number of local charities and sports associations.

David Blogs once a week on the business and tax issues which affect you, discover how his tax blog here cuts through the jargon saving you time and money