The recent negative media attention on tax avoidance and tax schemes has changed the landscape for accountants.

There are fewer tax avoidance schemes around but accountants tend to take one of two points of view:

Some accountants will continue to advise a client who wishes to proceed with a scheme after advising them of the possible risks, whilst others will refuse to have anything to do with what are considered to be dubious tax avoidance schemes, which are frowned upon by the Revenue.

But is the second group really acting in their clients’ best interests; or are they more concerned on the potential negative impact on their reputation with HMRC? This second group fears that their accountancy practices may be targeted by HMRC because a client had, against their advice, entered what was clearly an aggressive tax avoidance scheme.

Accountancy with a Conscience

When a client approaches me with a scheme he or she has read about, I try to convey my own understanding of the risks and downsides. If I’m negative about the scheme, am I risking upsetting the client or having them succumb to the promoter’s sales patter? The schemes promoters typically include words in the advertising blurb, such as: “your accountant probably won’t understand this, as it’s quite sophisticated and not the sort of thing that simple local practitioners can follow”. 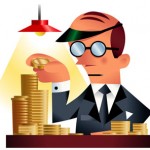 My approach is to closely examine the assurances provided by the promoters, as there were often disturbing gaps between their claims and counsel’s opinion or whether the scheme is legal. I am also concerned that recent court decisions suggest that the future outcomes of current schemes are far less certain than ever before.

I have never confirmed that a scheme was certain to prove successful, without it being tested in a court or tribunal. I have always stressed the risks, the consequences, the costs and the downsides and as a result I doubt that very few clients who approached me went ahead with the schemes that had been punted to them.

The first group of accountants claim that they want to help their clients to be tax efficient, using any legal means available.  Unfortunately, they often overlook that there is a difference between the legal right to try to reduce one’s tax liability, within the law, and the likely negative outcome of such efforts.

It may be legal to take part in an avoidance scheme, but that doesn’t mean the scheme will be effective. The effectiveness of a scheme will not be known with certainty for at least five years and possibly much longer. Anyone suggesting otherwise either doesn’t understand our tax system or is deliberately trying to deceive.

We are all aware of the double standards that apply when anyone references morals in the context of tax avoidance. It’s wrong for big companies and for rich people, but fine for everyone else to find legal ways to pay less tax. It’s also okay to evade tax by not disclosing cash in hand receipts or by claiming personal expenditure as deductions from business income, but it’s wrong to falsify MP’s expense claims.

What I cannot ignore is the reputational damage being caused to my profession by the media attention that is now shifting towards demonising accountants. Accountancy practices are being maligned by reference to dodgy tax schemes that are most often devised by non-professionals, such as so-called Tax Avoidance Advisers, or by a small number of unscrupulous niche practitioners.

When someone approaches me and asks advice on a new scheme they’ve heard of, I go through the following list:

It is not for me as a professional accountant to selectively moralise on my clients behalf, after all they do pay me to minimise their tax liabilities and plan their business and personal business affairs in a tax efficient and legal manner.  I am more than happy to try and exploit the grey band between the black and white economies, but will only proceed if I’m satisfied that it is unlikely that HMRC will challenge such advice.

There have been cases in the past, when I have suspected that a client has understated their sales or overclaimed on their expenses. My approach to this situation is simple, I will ask the client a straight question and if he or she asserts that their books and records are an accurate reflection of their trading activities, I will prepare their Accounts based on their records. I do however; warn them of the consequences if my suspicions are proved correct in a subsequent tax enquiry.