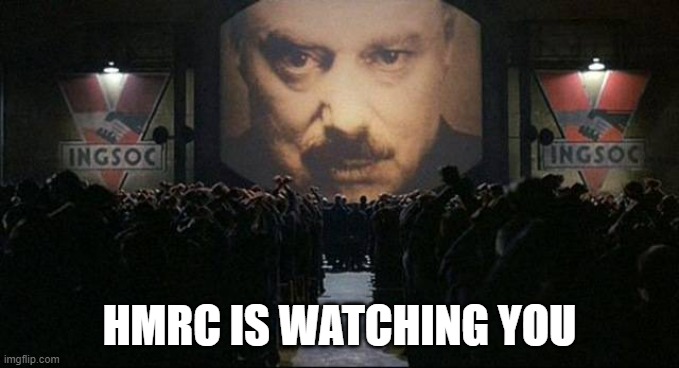 What is Her Majesty’s Revenue & Customs up to?

HMRC has recently announced a massive expansion of the data it collects from taxpayers; but can this huge data grab be justified and what effects will it have on businesses and individual taxpayers?

HMRC’s plan covers 6 areas where they claim that the additional data will bring major benefits. However, those benefits appear rather one-sided in favour the government, rather than the individual or business who will be obliged to complete extra boxes on their tax returns. If the additional boxes are not completed penalties will apply for inaccurate tax returns. So, what are the six areas:

Apparently HMRC does not know what non-limited company businesses do. A company must pick up to four Standard Industrial Classification (SIC) codes to describe its business sector when it registers with Companies House.

Self-employed traders have an optional business description box on their tax return, but as its completion is not compulsory, most don’t fill it in. More accurate business sector data would help HMRC target tax in compliance checks on higher-risk sectors, which could range from strong nudges to help taxpayers pay the right amount of tax, to full-blown tax investigations.

The proposal is to make the business description field on the SA tax returns compulsory, and require the trader to choose up to four of the five-digit Companies House SIC codes, to describe their trading activities.

At present, HMRC does not collect any data on employee occupations. The ONS and the once-per-decade National Census, both ask for job title information and a brief description, but this data set is too small or infrequent to be useful to the government.

HMRC says that in order to identify occupation-specific skills shortages in different areas of the country, and to help employers understand what skills and training they need for their employees, it needs to collect information on the occupation of each and every worker.

HMRC plan to add a box to the RTI return, that all employers complete monthly, for the employer to enter a code when an employee joins, leaves, or changes occupation and also add a similar box to SA returns asking for the occupation or trade.

HMRC has an address for every business, but this may only be a postal address, with the Revenue having little or no idea of how many locations the business operates from. HMRC says that in order to identify compliance risks, such as operating overseas, it needs to know where the real business activity is.

So HMRC’s plan is to add two compulsory address lines for each employee on RTI returns to report the normal base/office where each employee usually works.

The RTI returns already record the hours for each employee, as this is needed for Universal Credit claims. When pay varies according to hours worked, such as a higher rate for unsocial hours, those additional hours must be shown on payslips, but where pay is not variable that payslip data is not required. HMRC argues that it cannot identify employees who are on zero-hours contracts.

HMRC are trying to identify pay rates below the National Minimum Wage (NMW) and plan to replace the worked hours bands on the RTI return with contractual hours for each employee; and provide a box for an explanation for different rates. This definitely needs a rethink as not only will it not identify any abuse of NMW, it will also be a pain in the proverbial for employers.

The information provided on SA tax returns is not sufficient allow HMRC to identify who operates through their own company, and what dividends they receive from that company. HMRC also can’t monitor tax-motivated incorporation.

HMRC plan to make it mandatory to declare on your SA tax return if you’re operating a close company and separately to declare dividends received from that company, plus the percentage of the company’s shares that you own. Once again, I see no benefit to the taxpayer to provide this additional information, but It’s a one-way favour street towards HMRC.

HMRC says it needs to know accurate start dates for each self-employed business for compliance purposes and plan to make completion of the start and cessation date fields on the SA tax return compulsory. As the SA tax return is not usually submitted until well after the end of the first year of the business life, providing the start date will not provide anyl useful information to HMRC.

A sledgehammer to crack a nut

Most of the planned data grab is simply not needed for HMRC’s prime function of collecting tax, so why is it being proposed with the threat of draconian penalties for non-compliance? It really does appear to be an over-the-top proposal, for little apparent tangible reward.

But apparently, I was not seeing the bigger picture! When I dove down into the reams of explanatory notes that accompanied the proposals, I discovered that most of the data mined by HMRC will go to the Treasury and other government departments and be used allegedly for policy making.

I have to ask myself, are these proposals to provide even more data on various tax returns completed by businesses and individuals, actually worth the hassle they’re likely to cause? My immediate thought is ‘No’, as the extra data is will not increase the amount of tax that HMRC collect by a single penny, but will add yet another level of unnecessary bureaucracy for most people in business.

Despite the explanation given by HMRC, that most of the data collected is simply to fine-tune policy decisions across government, my bull-shit antennae are on high alert. My innate suspicions of even bigger government lead me to the inevitable conclusion that we are further down the road to 1984 than I ever thought possible.

Is a dog your best friend or a tax-deductible expense?
Why Corporation Tax is failing the British Economy
HMRC waives tax return penalties