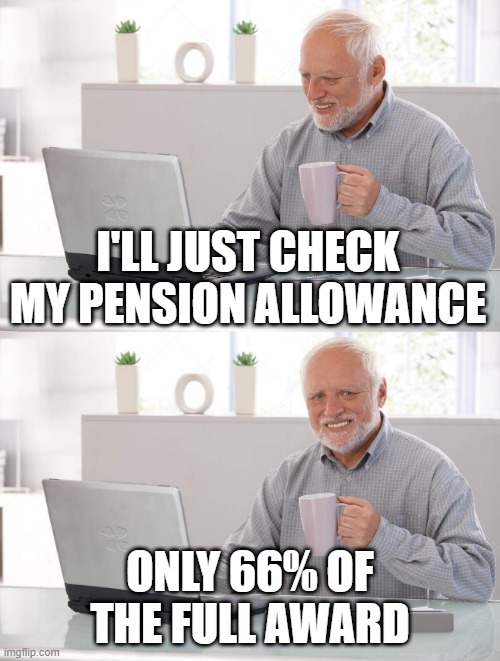 This week’s Blog is the sad saga of retired chef Philip Jones, who discovered that his UK state pension was significantly lower he expected, as a direct result of an incomplete or patchy NIC record.

On retirement, Mr Jones discovered that his state retirement pension was lower than he expected. And his case shines a spotlight on the difficulties associated with a national insurance contributions (NIC) record, that has not been accurately kept by HMRC.

Mr Jones was born in 1950. And between 1968 and 2012 he worked, mainly in the UK, as a chef. Mr Jones unfortunately, suffers from a number of medical conditions, which have left him largely bed-bound. In 2016 he was hospitalised for 3 weeks for treatment on his spine which went wrong, leaving him with some permanent damage to his memory. To make matters worse, the hospital lost his briefcase containing all of his personal records, including all paperwork relating to his past employments.

When he claimed his state pension in 2015, Mr Jones was disappointed that his award was lower than he had expected. On enquiring, he learned that he had been credited with only 20 qualifying years of NICs, as against his own belief that he was entitled to at least 25 years.

NIC & Pensions: What Philip Jones did next

Mr Jones was appalled at the pension awarded of only 66% of the full award, so in 2015 he wrote to the Department of Work and Pensions (DWP), HMRC and his Constituency MP, for help in challenging the apparent gaps in his NIC record.

Eventually, in 2019, and only after a direct intervention by his MP, Mr Jones was contacted by Mr McFee of HMRC with a schedule setting out 20 years of NICs as recorded on the HMRC system, which he immediately challenged as being incorrect.

In June 2020, a Ms Graham of HMRC advised him that he was only at stage two of a five-stage process: “Our disputes and decisions team will send you a notice of decision, and you can then make your appeal. There may be a delay before they contact you, but they will do so as soon as possible.” They did not.

In April 2021, frustrated by a lack of progress, Jones appealed to the first-tier tribunal (FTT), observing: “My appeal has been going on for over five years and I have been moved from department to department, issued with multiple reference numbers and dealt with by an overwhelming amount of officers.”

The case was assigned to Judge Anne Redston, who immediately asked HMRC to confirm “whether they had made an appealable decision as to Mr Jones’s NIC record”. HMRC’s response was an application to strike out the appeal, stating:

Not surprisingly, the judge made it clear that she was not standing for this bovine excrement from HMRC and ruled that, based on the facts and the statutory requirements, HMRC most definitely had made an appealable decision (McFee’s letter of 2019), and that Jones had plainly exercised his right of appeal against it. She directed HMRC to cease delays and serve a statement of case within 60 days.

As a result of the judge’s ruling, Richard Allen of HMRC trawled through their computerised system, which records NI paid since 1997, and microfiche records for earlier periods. He checked any employer that might conceivably match the names supplied by Jones. He also trawled HMRC’s tax business system, which led him to discover an employer in 2001/02 that Medhurst had not identified.

Finally, Allen was able to say he had identified a further year of NICs, and that HMRC now accepted there were 21 qualifying years. Accordingly, Judge Reston ruled that the only NI contributions notified to HMRC by past employers were those for the 21 years so painstakingly verified by Allen.

Deficiency Notices: A cat amongst the pigeons

Late in the day, HMRC threw into the mix, evidence of “deficiency notices” which are issued to alert taxpayers that there may be deficiencies in their NI record and to give them the chance to make a voluntary payment to correct the problem. HMRC claimed that they had issued multiple deficiency notices, as well as 3 “no card” notices issued in years when Medhurst had been registered as self-employed.

Mr Jones asserted that “at no time during my employment was I aware of any problems with my contributions.” He said he had never received any communications informing him of a deficiency of NIC contributions. The judge accepted that “either (a) he had no recollection of receiving the notices, or (b) he had not received them, quite possibly because he changed jobs and often his address, on average once a year and she suspected that HMRC’s records might not reflect this”.

The judge accepted that there was a fundamental problem in the catering industry, commenting, “the catering industry is infamous for its practice of failing to record employees”. She accepted that the gaps in his NI history almost certainly resulted not from errors in HMRC’s records but from HMRC never having been told about them in the first place. Judge Redston, whilst expressing great sympathy for Mr Jones’s situation, was forced to dismiss his appeal as there were only 21 years of provable contributions. 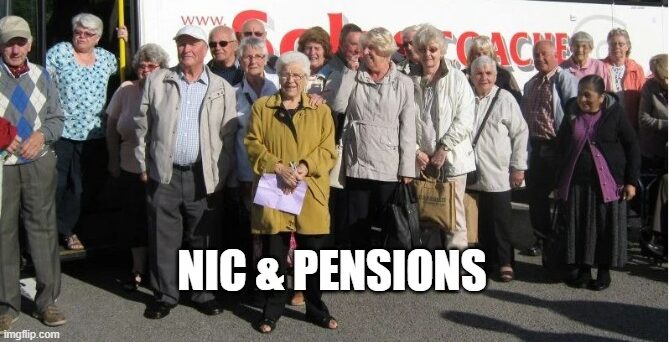 NIC & Pensions: The lessons to be learnt

In this case HMRC claimed that they routinely alert taxpayers that their NI contributions for the past year may have been inadequate.  In my experience, this is simply not true and whilst such notices are issued, it is very much hit and miss for you to receive one.

In Mr Jones’s case, the loss of all of his employment records by the NHS unfortunately prevented him from proving who he worked for and when and losing at the tribunal was almost certainly down to a number of employers failure to notify HMRC.

If you believe your record of NICs paid are wrong, the time to follow this up is within 3 years of the end of the tax year, while the records are still “statutory records”, but most records are kept for 7 years at least. So, if you are approaching retirement age, go to: https://www.gov.uk/check-state-pension and if the number of qualifying years is lower than your records show, chase it up immediately.

5 years ago, when I was approaching retirement, I contacted the DWP (Department for Work & Pensions) and was advised that I was 8 years of NICs short. When I challenged this, a lovely lady at the DWP advised me that their forecasts were entirely based on information supplied by HMRC. She was kind enough to send me a copy of the schedule she’d received, so I contacted HMRC for a confirmation of the years recorded as paid and those that were not.

Eight months, 2 letters from me and at least 8 phonecalls, later I received the schedule of contributions from HMRC. HMRC’s schedule showed that I was only 6 years of NICs short, but to my astonishment, 4 of those years were shown on the DWP schedule as being paid.

As you can imagine I immediately challenged the records and provided both DWP and HMRC, with copies of my own records, included annual tax & NIC statements issued by HMRC over the years. It will not surprise you that my schedule differed from the schedules provided by both DWP and HMRC. In my appeal, I acknowledged that in two of the disputed year my self-employed profits had been lower than the NIC threshold but pointed out that I had not received either a no-card or a deficiency notice for either year.

Two years later I decided to partially retire and claim the state pension, but at this stage, even after 3 years of contacting HMRC every month, my appeal had still not been settled. I decided to accept the lower state pension offered on the basis that it was a provisional amount, pending the outcome of the appeal.

Every 3 months or so I would put pen to paper, with little response save for a terse acknowledgment of my letter. Then out of the blue, in January 2021 I received a letter from DWP stating that my pension was being increased forthwith and a lump sum would also be paid covering over 2 years of arrears. However, there was no further explanation or the basis of their revised pension calculation, nor any mention of my appeal, but they had added back 6 years of NIC, so I decided not to pursue matters further.

I now have enormous sympathy for Philip Jones, who is almost certainly being paid a much smaller pension than he should be entitled to. I am considered an expert on tax and even with my depth of knowledge and comprehensive records, it took me 4 years to obtain a state pension that ‘more-or-less’ matched my records.

The scary thing is, if someone thinks that their pension forecast is wrong but doesn’t know the system well and has not retained near perfect tax & NIC records for 30 years, may well find themselves in the same boat as poor unfortunate Philip Jones. You have been warned!

Coronavirus Business News roundup April 24th
Is it now time to switch from VAT to a Sales Tax?
Bank of Mum & Dad comes a cropper!