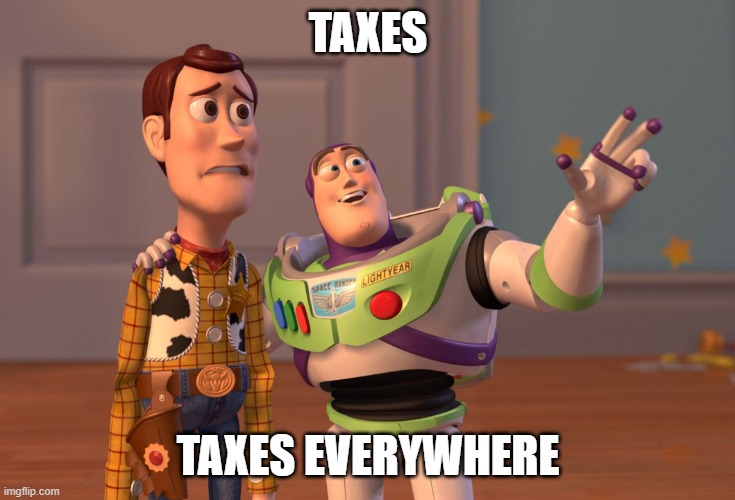 This week’s Blog concerns the many taxpayers who own one or more properties that have been rented out and the requirement to report to HMRC, any disposal of such properties within 60 days of the completion of the sale.

Last week, HMRC confirmed that taxpayers who have omitted to file a property return under the so-called 60-day reporting rules must still file any missing returns now, even if they have gone on to report the disposal on their annual self-assessment tax return.

60-day Reporting Rules: What is the background?

Since April 2020, UK residents disposing of UK residential property on which capital gains tax (CGT) is due have been required to calculate, report and pay the tax within 60 days of the completion of the transaction. The default reporting route is online and taxpayers who usually complete annual SA tax returns, effectively now have to report twice, completing a property return first and then finalising their CGT position for the year via their SA tax return.

These rules involved a major change in the nature and timing of CGT obligations, which has given rise to a number of queries from accountants on various tax forums during 2020/21 filing season. The main query relates to what should be done if the disposal had been included in a taxpayer’s 2020/21 SA tax return, when the property return had been missed. Unfortunately, HMRC’s online system blocks the submission of a property return online if an SA tax return has already been filed, which has left many taxpayers and their accountants. unsure what action to take.

In general, the submission of a SA tax return, including details of the property disposal, does not remove the 60-day reporting requirement. There is only one situation where submission of a return containing all the necessary details of the disposal can eliminate the need for a property return, which can occur when the timing of the disposal and the interaction of the tax year end is such that it is possible to submit a SA tax return containing all the details of the property disposal prior to the 60-day deadline that would otherwise apply for the property return.

For example, an exchange of contracts in February 2022 with completion in late March 2022 followed by a hasty tax return before the 60 days elapse by the end of May would work. In all other cases, the property return should be submitted before the tax return, which HMRC only confirmed formally in late April 2022.

That confirmation came too late for those who, for whatever reason, had not got things in the right order for 2020/21 and were blocked from putting things right online. On 20 July 2022, HMRC issued the following advice: “In the situation when a taxpayer has already made an SA return and not completed a UK property return then they should complete a paper return. They should follow the normal process for doing this and contact HMRC.”

This means that you’ll need to ring them to obtain the necessary paper form (Ref: PPDCGT). Also, taxpayers and or their accountants, should note on the paper return that the disposal has already been reported and the CGT paid via the self-assessment system.

The use of a paper return to correct the position is intended to be a short-term fix to the problem. HMRC are considering a longer-term approach, although they’ve hinted that the cost of amending the system to allow online filing of a property return, after submission of the SA return, might well be prohibitive.

The next question is what will be the consequences of making a late return. If the disposal originally arose in 2020/21, then any omitted property return could potentially be over two years overdue. The upshot being the rather unpleasant prospect of a penalty comprising the initial £100 late filing penalty, daily penalties, the higher of 5% of the tax or £300 for being over six months late, and a further similar charge for being over 12 months late.

HMRC have not yet said what they propose to do about penalties, in these circumstances. Given that they have been badgered for months by the various accountancy bodies for clarification, it would be grossly unfair to penalise taxpayers who been unable to act, even if they had wanted to correct the position.

A taxpayer in either group might well have a reasonable excuse for failing to file, which would allow them to appeal any penalties raised. Alternatively, perhaps HMRC should simply cancel and refund all the penalties arising in respect of the late property returns because of their delay if providing clarification on what to do.  Unfortunately for taxpayers in this situation, this is highly unlikely to happen.

No-one is likely to be happy about the extra time and costs of the proposed paper-return approach, but HMRC are stuck between a rock and a hard place. The alternative would be to let off some people from reporting, which would give them an unfair advantage compared to all those who have incurred the time and cost of complying.

This entire mess has only come about because of the Treasury’s obsession to get tax in earlier, as with the introduction of payments-on-account for the self-employed a few years back. The mess created by the need to report CGT liabilities twice, will not increase the tax yield by a single penny, but will add yet another level of unnecessary bureaucracy for anyone in the property rental business.