Inflation up, interest rates up, so what’s next? 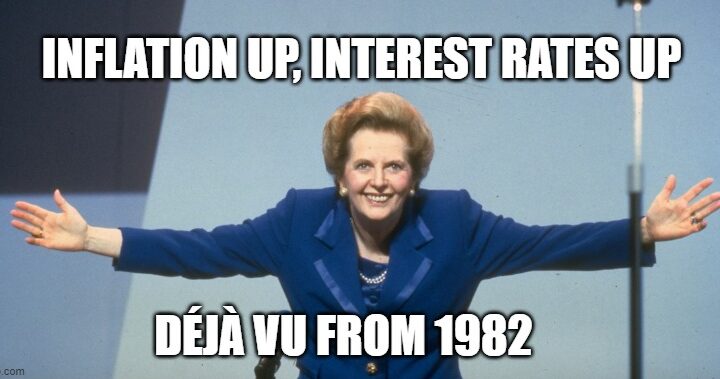 As the UK lurches ever nearer to recession, this has been compounded by soaring inflation which continues to squeeze households and businesses. As a consequence, the Bank of England (BoE) has raised interest rates by 0.25% for the fifth consecutive time.

Whilst this week’s increase continues the trend, the MPC decision is less bullish than the 0.5% rise that many had speculated before the announcement. The BoE’s hike in interest rates trails behind the Federal Reserve’s more aggressive 0.75% increase in the US interest rates yesterday, as they also attempt to suppress their own inflation pressures.

The BoE’s original inflation target of 2% by the end of the year has disappeared and only weeks after the last interest rate announcement in May, inflation hit the 40-year high of 9%. The BoE said in May that inflation was going to creep higher to 10% by the end of the year, but they are now projecting it to rise to 11% in October, reflecting the higher projected household energy prices.

“The MPC will take the actions necessary to return inflation to the 2% target sustainably in the medium term, in line with its remit. The scale, pace and timing of any further increases in Bank Rate will reflect the committee’s assessment of the economic outlook and inflationary pressures.” The BoE said, with the BoE governor Andrew Bailey adding, “The committee and I are on guard for any persistent inflationary pressures and if necessary, will act forcefully in response”.

Inflation up! It’s not all about the war

The truth is that inflation was surging well before Russia invaded Ukraine, but since then global inflationary pressures have intensified and have led to a deterioration in UK growth. These pressures have not abated since the last MPC report, with supply chain disruption and the aftershocks of Covid still hampering the UK economy. “Inflation’s overshoot of the 2% target mainly reflects previous large increases in global energy and other tradable goods prices. The former has been greatly exacerbated by the war in Ukraine,” said the BoE. These same challenges remain but the excess inflation can be attributed to other global events.

And if that lot wasn’t enough, you can throw in the increasingly negative effect of Brexit.

Since the BoE has increased interest rates after each MPC meeting, industry leaders have debated whether this is the right approach in managing the economic pressures the UK is facing.

When the base rate increased to 1% in May, the business community mostly backed the decision, with many CEO’s expressing the view that no mature economy should have a base rate below 2%, because it leaves little or no flexibility to tweaks things before, they get out of hand.

They are however united in the view that as inflation continues to rise that the BoE would be foolish to ratchet rates up and up, with many CEO’s recalling the 15% Bank Rate of the mid 1980’s and expressing the view that no-one wants that ever again.

The problem is we are in a perfect storm of a tight labour market, commodity shortages which leads to price increases, wage rise pressure, high government debt and if that wasn’t bad enough you can add the war in Ukraine into the mix.

There is no easy answer and its clear the solutions that worked in the past, wont work now, so what do we do? I do not believe there is any need to panic and it will probably end up being a case of us collectively battening down the hatches until the financial storm has passed, but when we emerge and count the damage, I suspect that it will be significant.