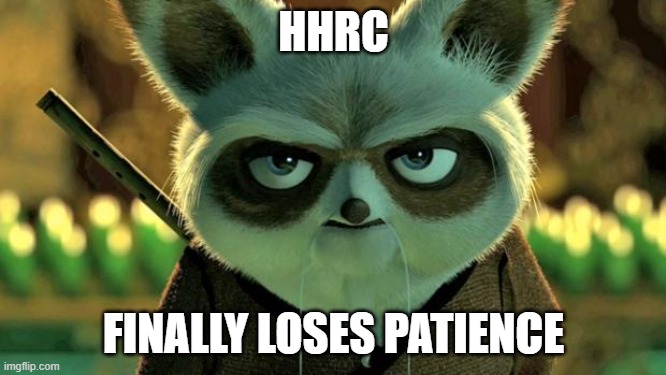 Before I go into the detail of this case, I think it helpful if I explain exactly what long-firm fraud is. Action Fraud, the UK’s national reporting centre for fraud, defines long-firm fraud as when dishonest individuals set up what’s an apparently legitimate business, build up a good credit rating, but do so with the intention of defrauding its suppliers (including the tax authorities) and/or customers.

Today’s Blog concerns serial company director Michael Eames and his history of setting company’s up, which subsequently fail, owing hundreds of thousands of pounds; with HMRC always the biggest creditor.

HMRC finally ran out of patience!

Mr Eames was the sole director and only shareholder of A1 Recovery Portsmouth Limited (A1RP), a company that maintained and repaired motor vehicles and provided roadside recovery for national breakdown services. A1RP entered compulsory liquidation in July 2017, owing HMRC £108,059.07 (plus interest) in unpaid PAYE. HMRC decided to exercise its right to allocate this debt to Eames via a Personal Liability Notice (PLN) under s121C of the Social Security Administration Act 1992, on the basis that Eames had been negligent in his behaviour.

So, HMRC were getting a little fed up and whilst they did not have quite enough evidence to prosecute Eames for long-firm fraud they were confident that they had sufficient to issue a Personal Liability Notice.

Section 121C allows HMRC to effectively take a corporate tax liability and make it a personal liability of an officer of the company. This can only be done where the company has failed to pay the required amount and the failure to pay can be attributed to fraud or negligence on the part of one or more officers. HMRC did not pursue Eames for fraud but instead went for him on the grounds of negligence and as he was the sole director, the entire tax debt (mostly PAYE) was passed to him.

To demonstrate that a person had been negligent, HMRC were relying on a previous judgment, in which it was determined that if a taxpayer omits to do what a reasonable person would do, they were negligent. Unsurprisingly, Eames did not believe he had been neglectful and so appealed to the first-tier tax tribunal

HMRC’s argued that Eames was, at the very least being neglectful, as evidenced by paying himself and other companies controlled by him large sums of money when in significant debt to HMRC. Eames counter argued that his actions were not neglectful but poor business decisions in a difficult marketplace, and that he had to pay his other businesses to prevent them going under.

Finally, he pointed out that he had entered a “time to pay” arrangement with HMRC regarding the company’s PAYE liability – hardly, he felt, the actions of a negligent person. This argument was rejected by the chair of the FTT who commented that as Eames had already experienced how difficult the roadside assistance industry was, a reasonable person would have taken steps to avoid repeating past errors and ensure that his company was in a position to meet its tax liabilities, which he did not.

Long-Firm Fraud: HMRC is not a bank

The FTT also noted that over £400,000 had been paid to related companies which Eames claimed did not benefit him personally; however this fell on deaf ears. The FTT pointed out that a valid Personal Liability Notice is not based on whether the director has benefitted personally, rather whether the failure to pay was due to his neglect.

A prudent and reasonable person, the FTT said, would not have used money owed to HMRC to fund their businesses and pointed out that HMRC are not a bank providing short-term loans. They also noted that Eames had paid himself a large salary whilst owing HMRC a six-figure sum, effectively spending HMRC’s money to increase the amount owed to HMRC! Again, not the behaviour of a reasonable person.

Finally, the FTT looked into the “time to pay” arrangement by Eames and commented that this had only been done after he’d missed three payments in a run and been visited by bailiffs. Also, he had only made three modest payments before the agreement collapsed, whilst at the same time the PAYE side of his debt continued to increase.

The tribunal rejected Eames’s appeal and determined that he had been negligent. The chair stated that the time-to-pay failure actually helped prove his negligence rather than be in his favour. He also said that Eames had clearly used tax money owed to HMRC as a form of overdraft, to pay himself and fund his businesses with no clear means of paying it back, as evidenced by his failure to keep to agreed payment terms to clear his tax debts. The chair finally pointed out that having failed three times in succession, owing huge amounts of tax each time, it was clear that he had not learned from his prior business failings.

I am not stating that Mr Eames committed long-firm fraud as this was not the basis on which HMRC went after him, but reading between the lines, I believe they went down the PLN route as they felt that not only was this a much easier win than trying to prove fraud, but also that a criminal prosecution is a much higher bar to overcome and with huge legal fees, if they’d won, it may well have ended up being a pyrrhic victory.