Tax Debt Recovery: Has HMRC thrown in the towel? 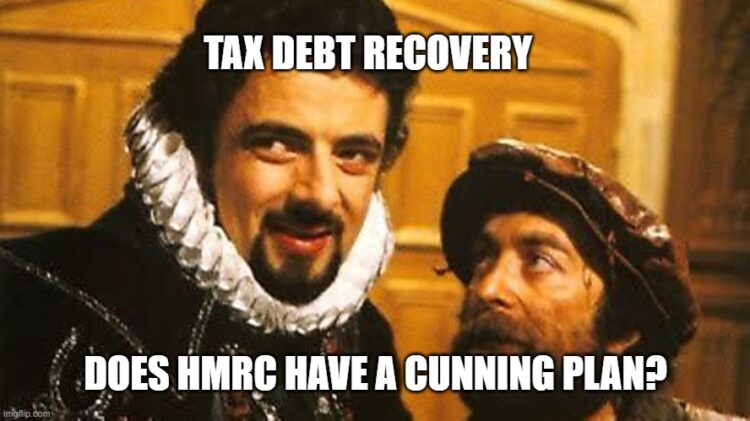 Or have they thrown in the towel?

If, like me, you’ve read the recent reports on tax debt by the National Audit Office (NAO) and the Public Accounts Committee (PAC), you may have concluded that HMRC has pretty much thrown in the towel on chasing/collecting tax debts.

In November 2021, the NAO issued the first salvo with a report ‘Managing tax debt through the pandemic’. Last week, using and updating some of the data from that report, the PAC followed suit with its 48th report on HMRC’s management of tax debt.

The two reports make scary reading, because they both come to the same conclusion, namely that HMRC is failing to follow up debts in the majority of cases. Indeed, during the early months of the pandemic, tax collection ground to an almost complete halt, with the tax authorities relying on those with tax liabilities to do the decent thing. However, in the majority of cases, they couldn’t or didn’t!

In 2019, in the pre-pandemic era, HMRC was owed £16bn; which sounds like a huge amount, until you find that the figure now stands at just shy of £40bn, having peaked at £67bn in August 2020. The number of taxpayers in debt has risen to an eye-watering 6.2 million as at 1st October 2021, with the majority of them taking over twelve months to clear what they owe.

The PAC understands the financial pressures that some will suffer but believes “HMRC clearly need a better understanding of taxpayers’ ability to repay debt; have a much more effective conversation with those taxpayers; and decide whether or not private sector bailiffs are really the best way to collect those debts.”

The NAO was clearly unimpressed by the so-called “efficiencies” that replaced staff with a new telephony system and a revamp of the processing system. While HMRC has ostensibly maintained collection levels across most taxes, this is only achieved at two thirds of new debt created each year and write-offs are increasing significantly from the 2018-19 level of £4.8bn, given the impact of the pandemic.

The members of the PAC, the majority of whom are Conservative MPs, are clearly angry that bogus and rogue businesses, especially phoenix companies, are exploiting the pandemic to profit at the expense of taxpayers. To that end, they have requested confirmation of the number of rogue companies at risk of defaulting and the value of tax involved.

They also demanded that HMRC apply commensurate resources to stop it happening again. Going a step further, “HMRC should be prepared to bring the full force of the law to bear on those who defraud the Exchequer, and report publicly and regularly to Parliament on the numbers being prosecuted.” This followed HMRC’s admission that HMRC has increased its provision for bad debts 100% to £15bn, identifying insolvencies as the most common cause.

Tax Debt Recovery: Does HMRC have a plan?

Given that the PAC is “not satisfied that HMRC has any clear plan to tackle amount of tax debt that has built up during the pandemic or indeed, any plan at all”, it recommends that “Within the next six months, HMRC should develop, and share with the Committee, a plan to manage the increased levels of debt back down to pre-pandemic levels within a specific and relatively short timeframe”.

The PAC also recommends that HMRC should deliver on its 2009 promise to create a single record for every taxpayer and that HMRC must develop a better understanding of the impact of the pandemic and devise a plan to support those who need extra help in handling debts.

Helpfully, the PAC suggested that “HMRC needs to strike a difficult balance between providing time and support to individuals and businesses struggling to recover from the pandemic and actively pursuing those who are able to pay what they owe but choose not to.”  They then pointed out that in most businesses, if debts are rising, the natural response is to increase credit collection resources; however, HMRC did exactly the opposite.

Indeed, in the years leading up to the pandemic, HMRC reduced debt recovery staff by 20%, which baffled PAC members, who reminded HMRC of its own estimate that each additional £1 invested in recovery brings in an additional £20 of unpaid tax. The also commented that inexplicably, although HMRC has been allocated additional funding of £190m, none of this money has been spent on debt recovery.

When I was reading the two reports, I had several ‘Déjà vu’ moments, as yet again HMRC have taken a battering from the NAO and PAC, wrung their hands, cried crocodile tears and done ‘bugger all’ to quote the late great Mel Smith.

Given the fact that historically HMRC recovers unpaid tax in the ratio of 20:1 to the amount spent on collection, why they don’t spend more on tax debt recovery just astounds me.