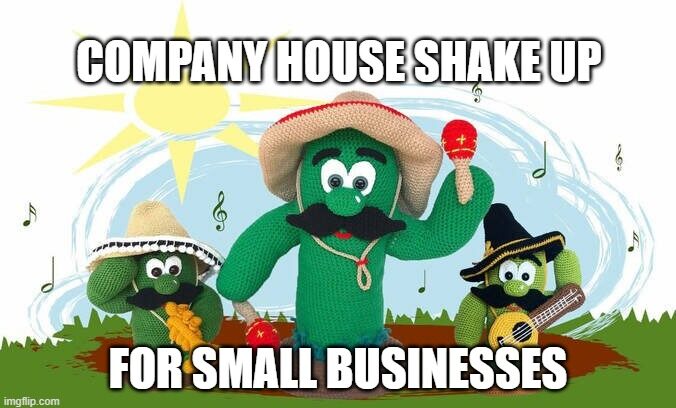 Imminent Companies House reforms will significantly improve the battle against economic crime and rich individuals’ ability to hide their (often illegal) assets, but micro and small companies will now have to file a full set of accounts, including a detailed profit and loss (P&L) statement.

Putin’s invasion of Ukraine is truly appalling, and the West seems impotent to stop him, except for the wide-ranging sanctions being imposed that should eventually cause him to run out of money and stop. In the UK the knock-on effect is that Companies House is now accelerating planned reforms to the anti-money laundering regulations, especially with regard to the Russian oligarchs and their hidden money.

In order to successfully impose sanctions and identify suspicious activity that may be related to the oligarchs, organised crime syndicates and other money launderers, we need to know what assets are held in which companies and who owns those companies. The government has therefore tabled a draft economic crime Bill, beefing up and accelerating the planned changes to Companies House.

The target of these proposed changes is of course the bad guys but many small businesses who are not money launderers, but just law-abiding business people with small limited companies, will be significantly affected. This is partly because in order to implement these changes Companies House (CH) plans to become a fully digital organisation.

Additionally, to increase transparency in accounts, there will no longer be options for abridged accounts for small companies, removing a large part of the commercial privacy previously enjoyed by these firms.

It really is very easy to set up a new company in the UK and there is no requirement to verify the directors’ identities. Also, Company annual accounts are supposed to be submitted by a qualified accountant but almost anyone can do it for small companies, whether entitled to do so or not. Most small companies and their accounts are not fraudulent but in order to identify suspicious activity, CH needs to know more about these companies and their directors.

As a result of CH’s plans to become fully digital, directors or their accountants will have to file digitally tagged accounts and once information is tagged it can be easily searched and cross-referenced with data held by HMRC. The CH registrar is to be given greater powers that will help in the fight against economic crime; also his role will be to promote and maintain the integrity of the register via new powers to query information and share data with other authorities.

The registrar will also have the power to apply fines when company directors fail to meet their responsibilities and to remove incorrect information from the register. If you are setting up a company or making filings, you will have to have a verified identity with Companies House, so Messrs Mickey Mouse & Donald Duck, might not appear as directors ever again!

Arguably the most noticeable changes will be the increased transparency required in the filings of annual accounts. Evidence has suggested that data from small company filing is of little value as it does not contain sufficient information to give a true and fair view of the financial position of the company, which makes it very attractive to fraudsters and individuals trying to hide things (such as Mr Abramovich).

Small companies currently have the ability to abridge their accounts, which dramatically reduces the detail provided, vis à vis a complete set of accounts which have a full balance sheet and a detailed P&L account. However, this option will now be scrapped.

So, the Bill currently going through Parliament is a clear win for transparency, as the accounts to be filed will be exactly those that have been prepared for shareholders. It is also a win for companies that need credit, as under the current regime credit rating agencies can rarely gather sufficient information from Companies House to form an opinion on a small company’s credit worthiness.

Restrictions on directors, increased transparency of information, verification of identity and information sharing powers will give Companies House a much greater role in economic crime prevention and detection. Some of that will be around tax fraud, but much might be in relation to foreign “dirty” money and the laundering of the proceeds of organised crime.

However, the downside for many small entities, is the loss of privacy due to the publicly filed P&L accounts, which means that their competitors will be able to see exactly what their profit margins are and even worse, precisely what they’re spending in each area of expenses, which could well put them at a commercial disadvantage.

These reforms are wide-ranging and in truth I have only scratched the surface today. The biggest impact will be a dramatic increase in the amount of information on a company’s performance and its directors, that is available to the public.

I am genuinely sorry for the tens of thousands of small company directors who have nothing to hide and only use abridged accounts to avoid disclosing sensitive commercial information to their competitors. On the flip side however, the increased ability to tackle fraud and money laundering will clearly benefit the economy as a whole and help to stop the UK being a haven for dirty money.