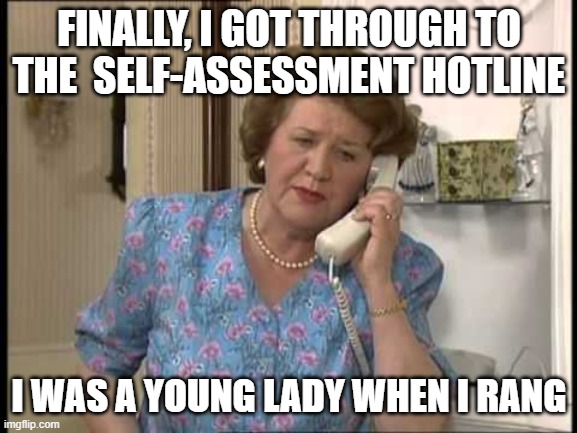 This is a subject that I’ve banged on about before, but whenever this subject has been brought up in the past, usually by the Commons Public Accounts Committee (PAC), HMRC have shed crocodile tears, promised to do better, but invariably any minor improvements they make, go backwards very soon afterwards.

So, when news came out that a new study had confirmed that waiting times for HMRC’s self-assessment helpline have increased over the past year, it hardly came as a surprise to many.

The research by Personal Tax App (PTA) found that compared to the average 11-minute waiting period during the previous tax year waiting times had increased by 15%. They also noted that as the number of calls increased significantly during the busy tax season of December and January. Additionally, the report pointed out that this year’s average wait time of 13 minutes was the average over the year and that wait times, especially in January were much longer.

When looking for the best time to call, PTA discovered that you should contact HMRC later in the week and between the hours of 8am-9am in order to get through the quickest. Kevin Sefton, CEO at PTA said: “The beginning of the year will always be a busy time for HMRC phone lines because millions of people wait until close to the deadline to file their taxes. This happens every year, but still appears to come as a complete surprise to HMRC.”

For most accountants, who have found themselves pulling their hair out over the exceedingly long wait times, this report will only confirm their suspicions. Also not helping has been HMRC’s introduction of a so-called ‘temporary’ reduction in availability of tax officers from five to four-day support on the helpline until 1st April.

The aspect of the PTA report that has left many accountants scratching their heads, is just how low the average waiting times were. Indeed, at last month’s PAC meeting, chair Meg Hillier castigated HMRC for waiting times of up to an hour.  My personal experience is having to wait to wait around 30 minutes every time I called, so I tried to make sure that I had more than one query to make the wait worthwhile! 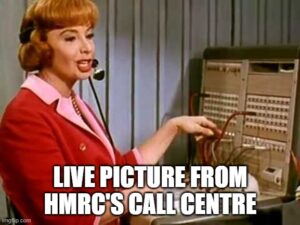 It would appear that accountancy professionals are not the only ones looking to stick the boot into HMRC over its customer service. In a recent report from the PAC, MPs from both main parties attacked HMRC’s poor record on fraud prevention.

The PAC’s fraud report also noted that the tax department’s performance in answering calls and dealing with post in a timely manner in 2020–21 was well below the levels in each of the three previous years. In other words, the deteriorating situation is getting worse, year on year.

In recent years, HMRC have been gradually cutting staff numbers based on the premise, that the increasing digitisation on the tax reporting system would require less numbers. But thanks to an unfortunate mix of Brexit red tape and Covid, around 8,000 customer service staff had to be relocated from answering phone queries, leaving HMRC with an increasing backlog.

And the final word goes to Meg Hillier and her committee, who have been unrelenting in their comments on HMRC. Their most recent report concluded with the comment that, “… yet again customer service has collapsed and HMRC’s recovery plans are not clear, indeed there are no discernible plans to clear the backlog that we can see.”

As HMRC are not planning on going on a recruiting drive any time soon, accountants in general are bracing themselves for even longer waits in the future. So members of the public, you have ben warned!