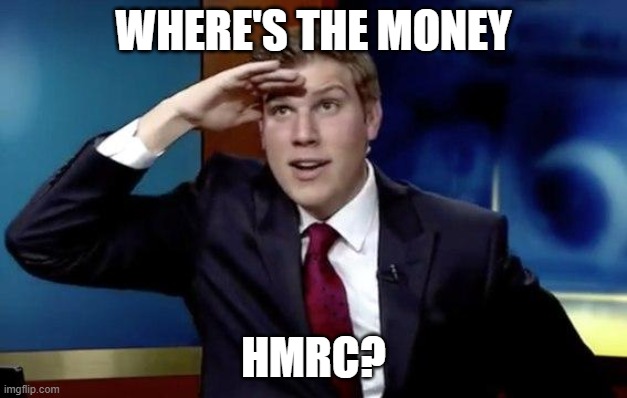 Just how much has been written off?

Just short of six billion pounds of public money has been incorrectly paid out by HMRC in their handling of coronavirus support payments; and to make matters worse they are predicting that they’ll only be able to recover around 25% of it, with the rest being lost to fraud.

The Treasury expects to recover just £1.5bn of the nearly £6bn lost to fraud and error across multiple Covid support schemes. It has revised down the amount it hopes to claw back by 2023, predicting only £1 of every £4 in support payments claimed by those who were not entitled will return to the public purse.

However, industry experts have said publicly that their warnings ahead of time fell on deaf ears as the government pressed ahead with inferior technology and outdated processes that played straight into the hands of fraudsters.

Covid Fraudsters:  Just how much has been written off?

HMRC, in a document intended to dispel “myths, misconceptions and inaccurate stories or claims” about its work, have admitted that it expects no more than £1.5bn to be recoverable between now and the end of the next financial year.

The document estimates that a minimum of £5.8bn in support grants was paid out to fraudsters via schemes including the Coronavirus Job Support Scheme (CJRS) and the self-employed income support scheme (SEISS) in 2020 and 2021. The Treasury has already written off £4.3bn, despite HMRC creating an anti-fraud taskforce of around 1,200 employees dedicated to chasing down suspect claims paid out during the pandemic.

Covid Fraudsters:  A problem with recovery

In November 2021, HMRC boss Jim Harra stated that his taskforce was on track to recover at least £2.3bn. However, when he was grilled by the Public Accounts Committee (PAC) last Monday, he admitted that his team had now revised this figure down to no more than £1.5bn.

“Nothing has been written off,” Harra told the PAC. He later added, “The £4.3bn figure is not fully accurate, as it is the product of an estimate, but nevertheless, it is the case that a significant proportion of the amount lost to error and fraud we suspect will be very difficult, if not impossible, to recover.”

When Harra was quizzed further by MP’s on just how much HMRC had actually recovered, he admitted that about £380m had been recovered thusfar and a further £304m had been stopped before being paid.

The CJRS and SEISS schemes, which ran from March 2020 to September 2021, were rushed out and payments made without the usual checks and balances and very soon after the schemes started, stories of errors and clear fraud emerged, especially with the CJRS or furlough scheme.

On Tuesday, Treasury minister John Glen attempted to provide more context and quell MP anger in the Commons about the sums, stating that “nothing was being written off yet”. “The figures quoted are what we expect the Special Taxpayer Taskforce to recover in the next two years it will exist.”

Glen went on to explain that even though the taskforce will be disbanded in a year’s time, HMRC will have longer to address fraud in the schemes which it will do in the context of the wider compliance activity. He also claimed that there were “robust” measures in place to stop fraud happening.

Shadow chief secretary to the Treasury Pat McFadden responded that “if robust measures to prevent fraud were in place, then why did they fail to this shocking degree?” He also reminded the minister that The National Audit Office (NAO) believes HMRC could have done much more to prevent cash being overpaid, adding that £1bn of the £1.5bn expected to be recovered had nothing to do with HMRC’s taskforce, but was due to businesses returning £650m in grants they no longer required, with £350m being repaid that to correct errors without HMRC’s intervention.

A number of fraud professionals warned ministers ahead of time that their approach risked handing enormous sums to criminals, but their pleas were ignored. They highlighted the issue of injecting a lot of cash into the economy quickly, would likely result in significant fraud unless robust counter-fraud measures were put in place.

Unfortunately, a political decision was made to accept the risk of significant fraud and default, with the government deciding that it faced an ethical obligation to move fast, which it did. Even the regular counter-fraud, credit risk and Know Your Customer controls and safeguards were softened, because they were seen by the government as obstacles to provide timely support for businesses facing shut down.

Piers Rake, a leading fraud expert said, “It’s interesting that the government didn’t use their own Open Banking initiative to try and prevent some of this fraud, which is in contrast to what HMRC, who have recently implemented open banking for tax collection, have done,”

There were two main types of fraud: fraudsters impersonating other people, and people misrepresenting their eligibility. On the first, Open Banking could have offered a sound defence against fraud through simple bank account verification alongside established credit agency checks, but the government decided that because of the Covid-19 crisis, they’d opt for speed rather than putting the stronger checks in place. 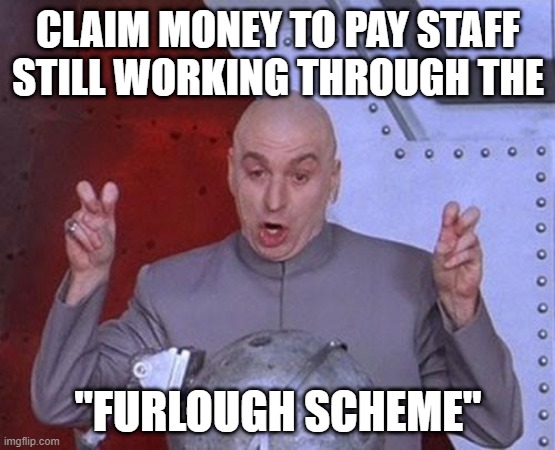 Accountants have also highlighted significant weaknesses in the government’s over-reliance on manual processes that could not ultimately handle the demand. Unless technology is introduced to assist in spotting issues before they become costly problems, such as identifying patterns of misuse, fraud will continue to be a major problem going forward.

There is no doubt that the government will respond by improving its fraud and risk assessments alongside other post-Covid measures, but it should go further.  In the City, led by the Bank of England, several very successful public-private partnerships have been set up to combat terrorist financing and money laundering through UK’s financial institutions.

If HMRC partnered with the private sector and their resources, capabilities, and expertise were pooled, then we might have a chance of consigning fraud to a modest footnote on the annual PAC report.