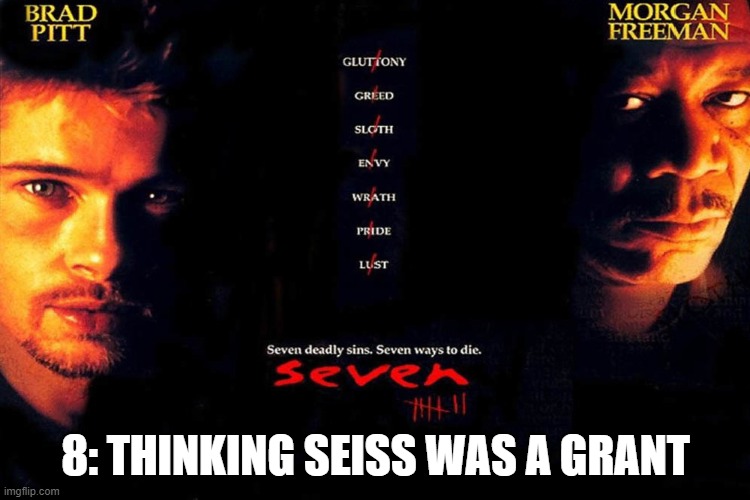 The self-employed income support scheme (SEISS) has supported millions of small businesses through the pandemic, but many taxpayers have misunderstood the rules and could end up in trouble with HMRC.

Self-employed individuals could apply for up to five SEISS grants between May 2020 and September 2021, but the day of reckoning has now arrived, and the grants must either be taxed or repaid. Here are seven sins or errors that taxpayers may commit concerning SEISS grants:

Taxpayers had to claim the SEISS grants themselves through their own government gateway account, as accountants were locked out of the claim portal. This was a design feature not a bug, as HMRC said the time taken to include agent access would have slowed down the provision of grants to taxpayers who desperately needed them.

The knock-on effect of HMRC’s actions to not include access for accountants, was that we had no way of knowing what our clients had claimed, and most clients did not realise this. This was exacerbated by many taxpayers forgetting to tell their accountant (by accident or on purpose), that they received some grants.

There was a persistent myth that the SEISS grants are not taxable, but they are and are taxable in the year in which they were received, and they’re also liable to class 4 NIC.

HMRC created new boxes on the return forms to report grants from the various coronavirus support schemes. Anyone completing a return has to be particularly careful to include the SEISS grants in the box relating to the self-employed grants not the box for ‘any other income’ or ‘support payments’ such as CJRS.

Also, the SEISS grant should not be included in the turnover of the business for the period, but separately in the appropriate ‘new box’ on the return. There is an exception for partnerships, where the SEISS grant was paid into the partnership bank account and not that of the individual partners.

If the total value of SEISS grants declared on the 2020/21 tax return doesn’t match SEISS grants one to three, which HMRC believes it paid out to that taxpayer, the tax authority will automatically correct the self-assessment tax calculation and then notify the taxpayer on form SA302.

It is, however, important to check this HMRC amendment as it could well be wrong. If HMRC has corrected a grant that the taxpayer says they did not receive, it’s possible the individual’s tax identity has been misused to submit a fraudulent SEISS claim.

Taxpayers who had claimed state benefits, such as working tax credits or universal credits, need to include the amounts of SEISS grants received as part of their trading income figures on their benefit claim, but many do not realise they have to do this.

Universal credit is claimed monthly and there is separate box on the online claim form to include the amount of SEISS grant received, but Working and Child tax credits are claimed annually, with the figures of SE business turnover taken from the tax return. However, the SEISS grants should not be included in the turnover figure on the tax returns as they should be declared in a separate box. As a result, the tax credit claimant may omit the SEISS grants from their tax credit claim. 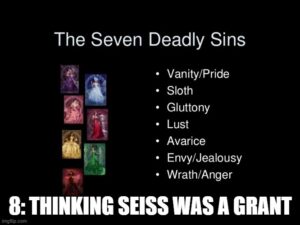 More to government money than meets the eye

If a SE trader changed to a limited company in the 2019/20 or 2020/21 tax years, HMRC may not realise that the self-employed trade had cessed and would allow the SEISS claim to be processed.

Taxpayers can voluntarily repay SEISS grants, and if they do so, they should only declare the amount of the SEISS retained on their tax returns; but the repayment has to be made to a specific HMRC bank account set up for the purpose and be accompanied by the grant claim reference. The taxpayer should not repay the grant into their self-assessment tax account as it won’t be recognised as such by HMRC.

Given the dozens of interviews I had in January, when the client had ignored the grants, believing the myth that they were ‘freebees’, this is an issue that is likely to run on for most of the current tax year.
Finally, my thanks go to Rebecca Cave of  Taxwriter Ltd for coining the ‘’Seven deadly sins of SEISS’, her inspiration has proved invaluable in compiling this Blog.