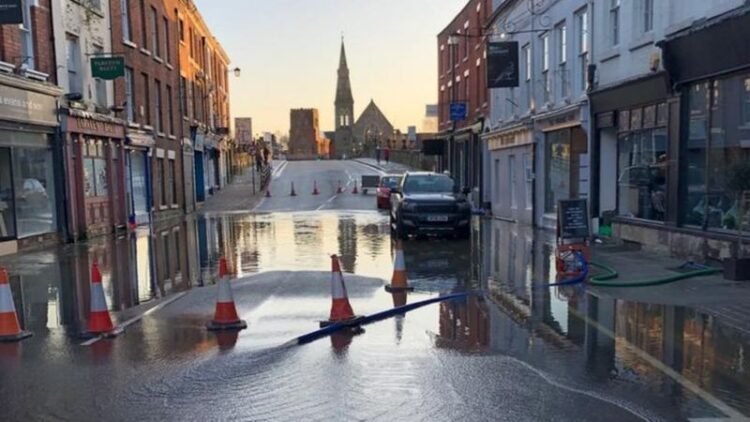 View of the English Bridge and MJ&Co office (on left)

After four successive storms in little over a week, it came as no surprise when the Environment Agency issued severe flood warnings last Sunday evening, and sure enough the river predictably burst its banks in Shrewsbury on Monday, flooding large parts of the town centre.

On Monday evening, when I stood on the English Bridge watching the Environment Agency workers and their massive mobile pump valiantly trying to stem the flooding directly outside MJ&Co’s office, I was struck by an overwhelming feeling of déjà vu. 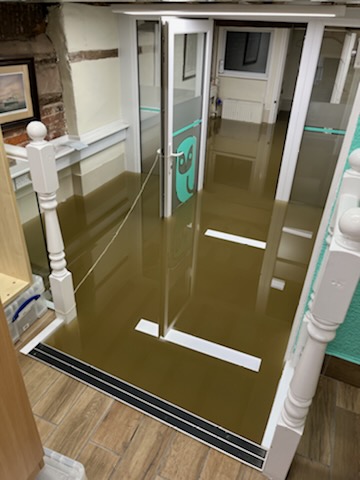 Initially, I was transported back to October 2000, when exactly one week after moving in to our new office at the bottom of Wyle Cop in Shrewsbury, we were inundated by the worst flooding since the Great Floods of 1947. Then we had to close completely and remained so for many days.

My next flashback was more recent in January 2020, when only the rear half of the ground floor went under, but with ingenuity and the forbearance of clients we were able to cope, but only just! Simon Cook, who has now taken the lead role at MJ&Co following my decision to partially retire, agreed with me that flooding was likely to be a perennial problem. So, we immediately moved all electrics a metre higher, flood proofed our heating system and the floors and walls up to a metre above the highest flood levels.

So, what does the future hold? I suspect that with global warming and the likelihood of greater levels of rainfall in the future, flooding events are likely to be far more regular. I am aware that the Environment Agency has secured additional government funding to improve Shrewsbury’s flood defences, but I suspect it will be yet another example of them placing a modest plaster on to a gaping wound.

I’m not blaming the Environment Agency, but there is only a limited amount they can do given the huge volumes of water pouring out of Wales and into the Severn and, after all, the water must go somewhere! So, once again it is up to individual businesses, like ours, to fight the good fight. I am not an advocate of King Canute’s tactics, I believe in self-help, and with our building works, investment in computer technology to have face-to-face virtual meetings with clients, we will not close, nor will we let our clients down.