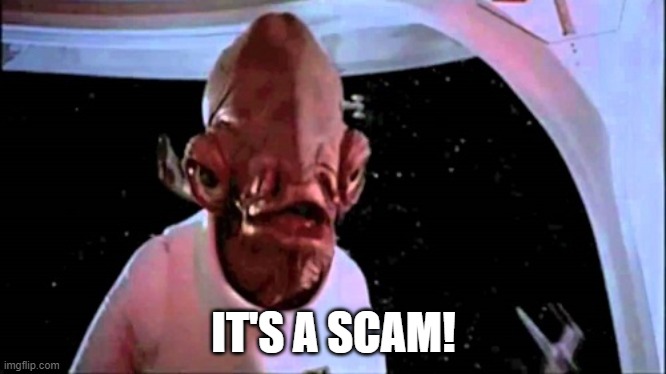 Over the last two weeks, HMRC have issued in excess of four million emails and text messages to taxpayers reminding them to file their 2020/21 SA tax return on or before the 31st January 2022 deadline.

As I know from experience, in a fair percentage of those contacted, a degree of panic sets in. This is because they are now under time pressure and they know that HMRC is likely to be contacting them again between now and the end of January, which makes them far more vulnerable to the scammers.

What are the most common tax scams?

Taxpayers have reported to HMRC nearly 800,000 scams in the last year and I suspect that there have been many more that went unreported. The three most common are:

How to avoid being tax scammed

Whilst the tax office is working hard to combat this type of fraud, for example they have taken down nearly 9,000 malicious websites so far this year, it’s a bit like trying to repair a leaking dam. As soon as one leak is plugged another pops up a short while later. So, what can you do to protect yourself:

You can report anything suspicious to HM Revenue and Customs’ phishing team. If it’s a text message, forward it to 60599 and if it’s an email, forward it to [email protected]

What can you do if you’ve fallen for a tax scam?

Fraud in all of its manifestations, is sadly on the increase; this is especially so with older people, many of which only started using their debit cards to pay for goods and services during lockdown. Unfortunately, scamming techniques are becoming more and more sophisticated, and even the most vigilant people can still fall victim to scams.

If a scammer has persuaded you to transfer money to their account or conned you into giving up your bank details so they can make the transfers themselves, this is known as bank transfer fraud or APP (Authorised Push Payment) fraud.

In 2019, the bigger banks all signed up to the voluntary Contingent Reimbursement Model Code (CRM), which means they have to take a series of steps to protect customers and reimburse those who aren’t to blame for the financial loss. Regrettably, this code is not perfect and even when the banks agree to reimburse you, it can take many months.

Tax Scam Redress:  Is anything further being planned?

It is to be regretted, that because the CRM code is voluntary, it does not cover the newer challenger banks and those that have signed up appear reluctant to reimburse customers who have fallen victim to APP fraud. 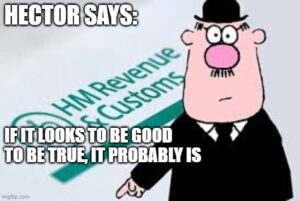 Which Magazine has repeatedly raised concerns that the voluntary approach isn’t working and has been at the front of the charge to give victims the chance of fairer and more consistent redress and finally change appears to be in the air.

Last month, The Payment Systems Regulator (PSR) announced that the Treasury will make the necessary legislative changes to provide for mandatory reimbursement for scam victims. Interested parties have been given until 14th January for any input into the consultation process. The PSR has also set out various proposals so that it is ‘ready to act as quickly as possible’ when the law is changed, which is expected later in 2022.

Whilst I’ve regularly warned people to be vigilant against scam phonecalls, emails and the like, the scammers keep moving the goalposts and are regularly changing their tactics to catch out the unwary. So, my final piece of advice is that if you get any form of communication purporting to be from HMRC, your default position should be to check that it is genuine first, by going on to your Government Gateway account or by phoning your accountant

In compiling this Blog, my thanks go to Which Magazine and an article by Danielle Richardson on 23 Nov 2021. You can read more at: https://www.which.co.uk/news/2021/11/hmrc-issues-tax-scam-warning-to-self-assessment-taxpayers-heres-what-to-watch-out-for/ – Which?