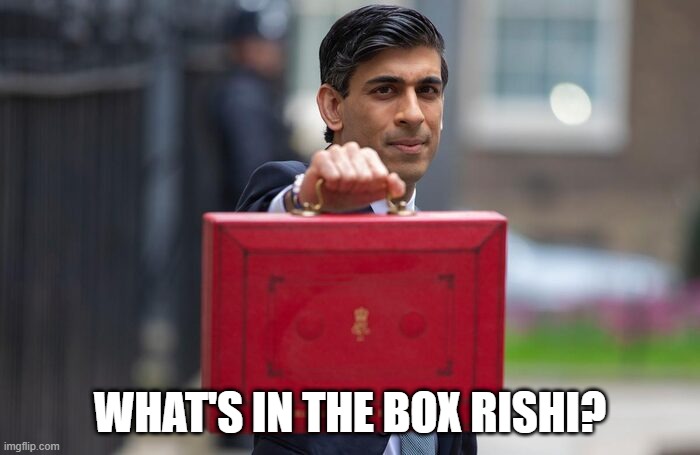 Rishi Sunak had pulled so many proverbial rabbits from his Chancellor’s hat in the days leading up to last week’s Budget, that I started to wonder if there were any left to emerge on Budget day.

However, as I expected, one or two sneaked through, though as I commented last week, the devil would be in the details which basically meant the Chancellor’s famous Red Book and explanatory documents released by HMRC, would reveal further minor revelations.

Business Tax:  The hotly anticipated business rates review published today was less root-and-branch reform than a collection of tweaks and concessions; the main one being a 50% business rates relief for retail, hospitality and leisure properties for 2022-23 up to a cap of £110,000 per business.

On R&D, in future R&D tax credits will only be available for work carried out in the UK, but the Chancellor is now allowing data and cloud computing costs.

Personal Tax: The deadline to submit a Capital Gains Tax return, and pay any CGT due, on a disposal of UK homes has been extended, with immediate effect, from 30 to 60 days. Also, National Insurance thresholds are rising in line with inflation.

The really big changes have already been announced; the most significant being the rises in Corporation Tax from April 2023 and the new health and social care levy for both the employed and self-employed of 1.25% from April 2022, with Dividend tax rates also rising by the same amount.

The Chancellor had an incredibly difficult economic canvas on which to paint, not only because of the worldwide supply chain issues and energy costs but especially due to the Covid-19 pandemic borrowings, which have risen to unprecedented levels.

The Treasury is set to hit £2.5trillion borrowings by 2026 (though that is £250bn lower than had been predicted in the March Budget). While the government will continue to borrow in each of the next five years, borrowing as a percentage of GDP is forecast to fall each year.

A root and branch reform of the business rates system is well overdue, and whilst some targeted reliefs were announced in the speech, there was not any indication of when the reform process would start. That being said, the continuation of many of the current ‘temporary’ measures such as the current £1m annual investment allowance is very welcome.

The extension of R&D relief to include data and cloud computing costs was also good news and I will be interested to see HMRC’s plans for tackling abuse of the R&D tax regime, to be announced in the Spring.

Finally, the planned changes to the business tax basis periods, which take effect from April 2024, are a bit like the proverbial curate’s egg. It’s good that they will do away with the double taxation of early year profits and the need for overlap relief, but bad for those businesses whose year end is between 31 October and 28 February, they will have to use estimates and submit amended returns.

Other rabbits lurking in the undergrowth include a change applying both prospectively and retrospectively to the law on discovery assessments, aimed specifically at failure to declare High Income Child Benefit Charge, Gift Aid and certain pension liabilities.

While there was nothing new on Making Tax Digital, more funding was announced for the Single Customer Record/Single Customer Account, which will be vital components in improving taxpayer interaction and also additional funding to modernise HMRC’s IT systems and increase their resilience.

So, for all the rabbits that escaped in the week before the Budget, several still knew their place and waited patiently for Budget Day. Not a bumper Budget for tax announcements, but I for one am not complaining about that.