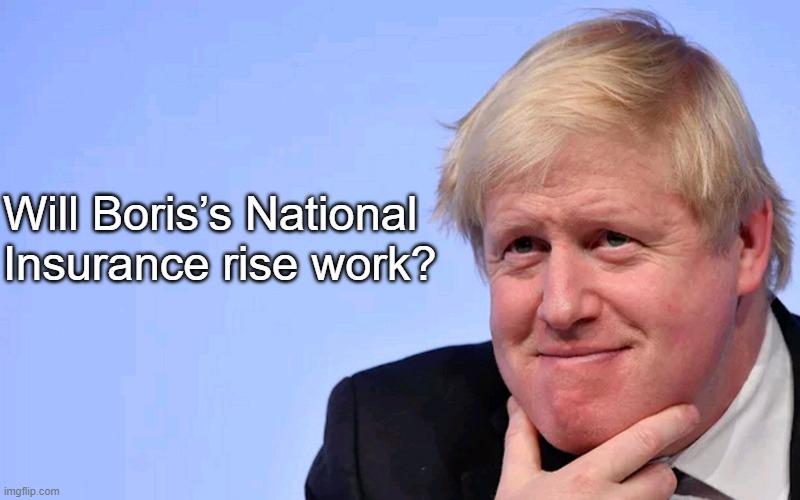 Tax Accountant has his say

On Tuesday Prime Minister Boris Johnson announced a 1.25% increase in National Insurance from April 2022 to stem the post-Covid health and social care crisis, together with a similar rise in the tax on dividends. He was then accused of breaking a manifesto promise not to raise core taxes.

The hike in national insurance comes into effect on April 6th 2022 and Johnson pledged that the levy, expected to raise around £36bn, will be ring-fenced for health and social care over the next three years. Additionally, he said that anyone starting care from 1st October 2023 would not pay more than £86,000 over their lifetime and those with assets of less than £20,000 will not make any contribution.

The £86,000 cap does sound eminently fair but remember, anyone going into residential care will still have to pay for their meals and accommodation. Additionally, and to further complicate the matter, the amount of help given to anyone with assets between £20,000 and £100,000 will be means-tested.

National Insurance Rise: Who will pay the levy

The cost of the levy will be shared between individuals and businesses, with “everyone contributing according to their means, including those above state pension age”, the PM said. He continued: “Those who earn more, will pay more. Because we’re increasing the dividends tax rate by 1.25% as well, we will be asking better off business owners and investors to make a fair contribution too.”

The Chancellor’s calculations that the levy will raise around £12bn a year, is based on current PAYE data; but the PM’s also stated that the highest-earning 14% will pay around £6bn or 50% and no one earning less than £9,568 will pay anything. 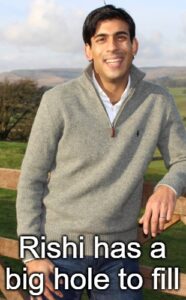 Taxpayer is the magic money tree

Boris also claimed that 40% of all businesses will pay nothing at all; presumably to get to this figure, he’s including the millions of self-employed; very few of which employ anyone! Nevertheless, he was forced to accept that the real increase will be 2.5%, which could mean that many employers will recover their share by reducing pay increases.

National Insurance Rise: Why not raise other taxes?

Before the announcement, the Labour Party and some within the PM’s own party, had argued against the measure, asking why the government decided against increasing income tax or capital gains tax instead. To which the PM replied: “Income tax isn’t paid by businesses so the whole burden would fall on individuals, roughly doubling the amount that the basic taxpayer could come to expect and the total revenue from CGT amounts to less than £9bn this year.”

This, I have to accept, is a fair point but ignores the wide range of other taxes he could adjust, such as widening the scope of VAT or making the better off pay the top rate of NIC on all their earnings.

Responding to Labour’s claim that the levy was a tax on jobs, Rishi Sunak said no NICs were payable by those employing people under the age of 21, nor apprentices up to the age of 25, “nor on people who are going to be employed in new freeports”.

Other countries, most notably Canada and the US, have recently announced tax rises to cover the costs of the pandemic, but unlike the UK, most of these tax rises have been specifically targeted at the wealthy and achieved by the simple expedient of raising the tax rate for these individuals.

The Institute of Fiscal Studies director Paul Johnson commented on the announcement by stating: “Rather than simplifying the tax system, this levy unnecessarily increases the complexity of the UK tax system. By creating an entirely new tax to fund health and social care, achieves nothing that could not have been done within existing income tax and NI systems.”

National Insurance Rise: Attack on sole directors and the self-employed

The levy is also expected to be another blow to sole directors, who face a 1.25% tax increase on share dividends as well as on NICs, which appears particularly unfair on the very same directors who were denied help during the pandemic and who are now effectively being targeted to pay for the recovery.

Seb Maley, CEO of Qdos tax consultants, called the hike a “short sighted attack on the self-employed. “ He went on: “By raising NICs and dividend tax is a move that directly impacts millions of people working for themselves – people who have arguably been hit the hardest by the pandemic and once again, it seems that the smallest businesses are bearing the brunt of tax reform.”

Mr Maley has a point, especially as Boris also commented that: “It will be the flexibility, dynamism and skills of the independent SE workforce that will lead the charge of the UK’s economic recovery.”

Just where do I start! The Coronavirus has laid bear the chronic underfunding of both the NHS and social care by successive governments over decades. Gordon Brown had a plan that might just have worked but thought it might lose him the next election and so ‘kicked the can down the road’. As he lost the 2010 election anyway, he now bitterly regrets not having the courage of his convictions at the time.

Finally, if any of you believe that this ‘temporary’ levy will end in 3 years’ time, you really must be living in cloud-cuckoo-land. A one-off injection of £36bn over 3 years, will not solve the need for continuing and increasing levels of funding needed for the NHS and care sector. We are living longer and the older you get the more medical resources you need; so, perhaps it is now time for that long overdue debate on how to equitably fund healthcare, in all of its facets.

Is a dog your best friend or a tax-deductible expense?
Post-pandemic return to the office
Omicron Business Support