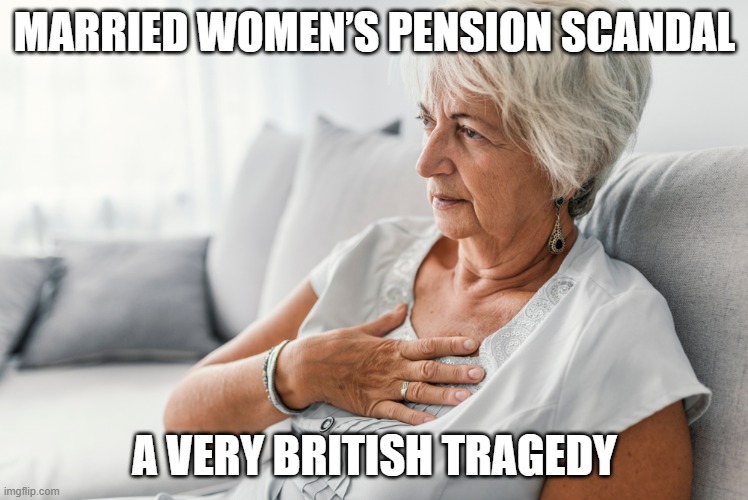 Buried in the news reports in recent months, especially with the pandemic and the Afghanistan debacle grabbing most of the headlines, was the revelation that many older married women had suffered from underpaid state pensions. And whilst this wrong is slowly being redressed by an urgent review by the Department of Work and Pensions (DWP), unfortunately any pension arrears will be paid as a lump sum and therefore potentially taxable.

Prior to 2016, the state pension system consisted of a basic pension plus an optional top-up known as SERPS. On 6th April 2016, a new simpler flat rate state pension for new retirees was introduced. This new scheme significantly reduced the number of years of NIC history needed to fund a 100% entitlement. However, the old system, which remained in place for those who had already retired, contained a ticking time bomb.

Under the old system, a significant minority of married women were unable to build up the lengthy employment history, which was needed to fund a full pension in their own right. Many others had paid a reduced ‘married woman’s’ rate of NIC which led to many women retiring on quite minimal state pensions.

To compensate for their inability to make the contributions necessary for a full individual pension, these women could claim 60% of their husband’s pension entitlement from the time he reached retirement age; with similar provisions applied to widows and divorcées.

Why is this a scandal?

The main problem lay with women who reached state pension age before their husbands and would therefore be receiving the lower rate of pension until the husband’s retirement. By the time the man retired, many couples were unaware that this event could also affect the woman’s pension rights.

Prior to April 6th 2008, a wife’s pension uplift had to be specifically claimed by her. If the husband retired before this date, the pension entitlement of his wife was not retrospectively checked by the DWP, but from 2008, the DWP promised a ‘failsafe’ check every time a married man retired, to ensure that the spousal uplifts were automatically granted even if the individual had not made a claim.

Why this a scandal is because what the DWP actually did was to only check on an ad hoc basis; and as a result, came nowhere near reviewing all cases due to what they described as “administrative errors”. This has resulted in 200,000 women, whose husbands reached retirement age since 2008, being underpaid for two decades: with underpayments totalling nearly £3bn.

And if this wasn’t bad enough, two months ago it came to light that a further 50,000 women whose husbands had retired prior to 2008, are also likely to have been affected. Underpayments for these women could be north of £650m. Such cases are not part of DWP’s automatic review: so anyone potentially affected will need to contact the Pension Service for a review of their circumstances. So, if you think you may be in this group, go to: https://www.gov.uk/contact-pension-service

The state pension is classified as taxable income and any pension income received in a tax year is taxed on the basis of when it should have been paid and not when it is actually paid. This means that anyone who receives any pension arrears in one lump sum, does not have to pay tax as if the entire sum was paid in that year which could well take them above the tax-free earnings limit of £12,570 (2021/22 tax year).

The payment will need to be split into the many years over which it accrued: the part relating to any given year should be taxed at the rate which would have applied if it had been received on time. In many cases, this will mean that a large proportion of the payment will be covered by personal allowances or taxed at the basic rate.

Prior to the new post 2016 state pension regime, some individuals carried on working and deferred taking the pension and instead took a lump sum when they actually began receiving their pension. Individuals whose state pension age is after 5th April 2016 can still postpone the onset of the state pension, but this will only earn them an enhanced level of pension.

For those who did defer a pre-2016 pension entitlement, the lump sum available to them when they eventually apply to start receiving their state pension can be substantial. However, the taxation of these lump sums is idiosyncratic, bordering on the bizarre.

How is pension lump sum taxed?

You might think it logical to expect the lump sum to be taxed at the highest rate of tax paid on your income for the year, but that is not how it works! Although the lump sum is taxable as income, inexplicably it is not treated as being part of your total income.

Instead, HMRC look at the individual’s net income and allowances for the year and see what the highest tax rate is applicable to that income, with the entirety of the lump sum being taxed at that rate. So, even if there is only £1 of available personal allowance remaining and the lump sum is £40,000, the tax is a big fat zero! However, but if your income only £1 over the allowance, bizarrely your tax bill could be close to £10k.

I am disgusted that because of sloppy admin and an attitude at the DWP, which I can only sum up as ‘not giving a damn’, many married women who retired before 2016 (and especially those who retired before 2008) on less than a full state pension may have been underpaid for many years, with many forced to rely on charities, especially foodbanks, to get by.

However, with the arrears due potentially being substantial, I’m pleased to say that the tax rules are such that even sizeable lump sums should not be subject to excessive tax and there may be no tax due at all.

To conclude, if anyone reading this Blog has deferred a pre-2016 pension and who now wishes to claim a lump sum, I strongly caution you to be very careful on which date to claim from.