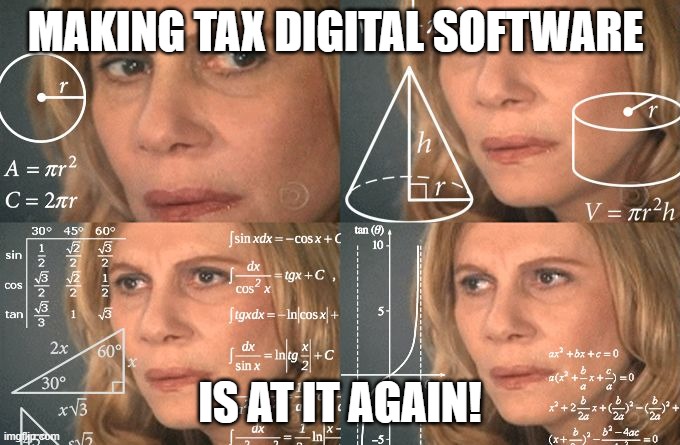 In the last couple of weeks, HMRC have begun sending out the annual avalanche of P800’s to taxpayers up and down the land. If you are not familiar with the P800, it’s a tax calculation issued by HMRC if you have not paid the right amount at the end of the tax year. It could mean a refund or it could mean that you’ve underpaid tax; but early indications are that the level of errors has risen sharply – which HMRC will probably blame on the pandemic.

If you receive a P800, please don’t get overexcited as they are often incorrect, so it is always best to check your form to ensure you are not paying too much or too little tax. The P800 will include a note indicating why you’ve received the form and asking you to check your P800 to make sure that all the information included is correct. If it is wrong, you could overpay or underpay income tax.

Tax professionals and tax software suppliers have encountered many many instances where P800 assessments do not match the self-assessment (SA) calculations sent to HMRC by accountants on behalf of their clients. When questioned on this point by software suppliers, HMRC admitted it was using different methods to calculate P800s and liabilities under SA.

On further investigation it turns out that the SA section of HMRC is using different software to their colleagues in the PAYE section and incredibly, they are not fully compatible.

A HMRC spokesperson for the PAYE team responsible for the P800 process said that they are aware that the allocation of reliefs and allowances is not always in the taxpayer’s best interests, as set out in legislation, but they are not in a position to update the algorithms in the software. Unbelievable!

Tim Good, director of Absolute Tax Software as well as being a lecturer on tax said: “Legislation has always required personal allowances and relief to be allocated in the most favourable way to the taxpayer. Until we discovered it, HMRC’s calculator allocated them using the same criteria as used on tax rate band, non- savings income, other income and dividends.”

“The Revenue’s use of this criteria worked reasonably well until George Osborne introduced the personal savings rate band, personal savings allowance and dividend income allowance in 2016. Those tweaks made the allocation criteria increasingly inaccurate.”

It took HMRC 5 years to April 2021, to get the allocation specification right, which is the tax year that accountants are now sending in tax returns for. However, I have now found out that HMRC is using a different program to calculate the PAYE tax that displays the same of problem that goes back to those 2016 complications.

It appears that the PAYE section didn’t get the memo about the updated calculation, but quite frankly,  I don’t care if the errors are to the Revenue’s or the taxpayers’ advantage, I just wish they would get the calculations right and with the Revenue’s right hand talking to its left hand using the same (software) language!

P800 Alert: Someone needs to check the specification

In my and many other accountants’ opinion, the continuing discrepancies in the logic underlying HMRC’s tax computations really do need independent oversight, in particular on tax software specifications.

Clearly HMRC cannot be bothered to correct its software, which has resulted in tens of thousands of individuals overpaying tax for years. Even if it’s £10 or £1,000, it does not matter, it’s still not what the law says. It all could have been avoided if there was an independent and competent third party that checked HMRC’s specification and spreadsheet against the tax law before it was released to developers.

I am also concerned that the P800 error issues could carry over to the MTD for income tax (Making Tax Digital) process due to become mandatory in 2023. At the moment, HMRC gives you a tax return and your accountant does a calculation with their software, which has been checked and approved by HMRC.

Unfortunately, once MTD for income tax has come in, the accounting software we use will no longer be able to calculate the tax due as HMRC have deemed that they will do this themselves from 6th April 2023. The only safeguard is that HMRC’s software will do an API call on the result, which is akin to the Kray twins guarding the Bank of England; there won’t be that double-check on the accuracy of the final result.

In other words, as with most of the changes HMRC bring in, once again we’re in a SNAFU!

(API is the acronym for Application Programming Interface, which is a software interface that allows two applications to talk to each other)