Climate change highlights the need to alter our economic strategy 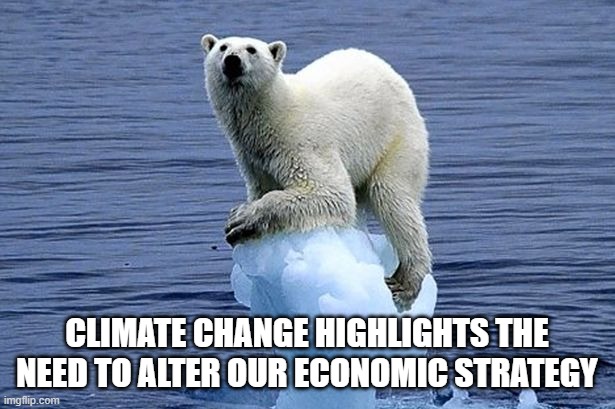 What is the circular economy?

The planet is getting hotter and extreme weather events are increasing; with human actions clearly being responsible, a sobering new report from the UN’s climate change arm has warned.

Efforts by businesses to limit or neutralise carbon emissions along with other sustainability drives have done little to stem rising sea levels, droughts, melting ice caps and extreme temperatures, all of which are now irreversible, researchers found. The brutal report, laid out by the Intergovernmental Panel on Climate Change (IPCC), an organisation of 195 governments, was the result of a three-year analysis of 14,000 peer-reviewed scientific studies, signed off by 234 scientists from more than 60 countries.

Currently, most political leaders are beating their chests and proclaiming ‘we must do more’ when in fact all they’re actually doing is messing about on the sidelines, which is akin to rearranging deckchairs on the Titanic; so what can we do?

For a start, eliminate waste!

Waste is one of the biggest contributors to climate change, and moving towards a more sustainable, circular economy where materials and products are shared, leased, reused, repaired, recycled and kept in circulation for as long as possible. The move to a circular economic model could potentially cut tens of millions of tonnes of carbon dioxide emissions worth of resources and dramatically reduce the 46 million tonnes of waste the UK currently produces each year.

What is a circular economy?

According to those lovely people at the Ellen MacArthur Foundation, a circular economy is a systemic approach to economic development designed to benefit businesses, society, and the environment. In contrast to the ‘take-make-waste’ linear model, a circular economy is regenerative by design and aims to gradually decouple growth from the consumption of finite resources.

The Foundation’s raison d’etre is to cut waste and reduce the effects of climate change whilst also achieving economic growth by moving from a linear economic model to a circular one.

What is the difference from a linear economy?

In a standard linear economy, raw materials are used to make a product. Once that product has been used, it is usually thrown away. You don’t have to go very far to find multiple examples; think take-away food & drink packaging, the ubiquitous plastic carrier-bag, £2 Primark t-shirts et al. It’s a take-make-consume-throw away pattern that relies on large quantities of cheap, easily accessible materials and energy.

On the other hand, in the circular model resources are continually reused. So, when a product reaches the end of its life, it doesn’t end up in a landfill, but its materials are reused and kept in circulation within the economy. This means fewer raw materials are needed and less waste is created as a result. The circular economy relies on companies designing, creating and manufacturing products that can be recycled, reused or easily repaired.

There is some good news, as we’re already showing early signs of adopting a circular economic model: we’re recycling plastic into pellets so we can make new plastic products; we’re designing electrical devices so that they’re easier to repair; we’re increasingly leasing cars instead of buying them and downloading e-books rather than buy printed copies. Baby steps perhaps, but still a move in the right direction.

Is a circular economy easy to achieve?

The circular economy is not new; five hundred years ago, we recycled pretty much everything: excess food was fed to livestock, old clothes were turned into paper and old buildings were taken down and rebuilt into new ones. Then, it was easy and efficient to recycle products and materials; largely because most materials used were either decomposable or easy to re-use, such as wood, reeds, hemp and bricks. 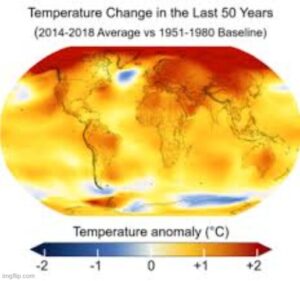 The challenge facing the world today is that the resources we use to make our modern-day products are, in many cases, difficult or inefficient to recycle. Attempting to solve this problem will be the key issue at the upcoming United Nations Climate Change Conference (COP26) in Glasgow starting on 31st October.

COP26 is likely to herald a major push for the world to adopt the circular economy model; with the recent record temperatures in North America and Southern Europe, catastrophic wildfires and in other parts massive downpours and floods, sharpening their collective minds.

Circular Economy: Where do we start?

Most politicians and indeed, businesses in general, have accepted that the resources we use to make products and the processes we use to recycle those resources are inefficient. We need to design and develop new ways to make things using raw materials that are recyclable and ideally sustainable, whilst at the same time making recycling processes much more efficient. Innovation is clearly the key.

Governments also have a huge role to play by encouraging and subsidising research and development of new and innovative processes. Kwasi Kwarteng the UK’s Business Secretary, who has overall responsibility for business and industrial strategy has now weighed in and has promised to simplify the plethora of R&D and innovation incentives out there.

He has recently promised to significantly increase the government funding for the main scheme where companies can claim up to 33% of the costs associated with researching and developing a new, innovative idea or process. So I say well done Kwasi, but don’t forget Boris’s promise to fund new innovation and research centres attached to the best of our universities, such as at Cambridge, which is currently the UK’s flag-bearer, and Oxford which helped produce the AZ vaccine.

Personally, I’m a big fan of the idea of a circular economy, but I’m also not naive enough to think that we can completely and instantly transform from the linear to the circular model. I fully expect that COP26 will go some way to accelerate the switch, but accept that we’ll probably end up with a hybrid between the two, at least in the short to medium term.

Ongoing education for the public on the true effects of the throw-away society on the planet, coupled with significant levels of sustained government investment, will mean we can certainly travel a fair way down the road to a circular economy and saving the planet for our grandchildren.