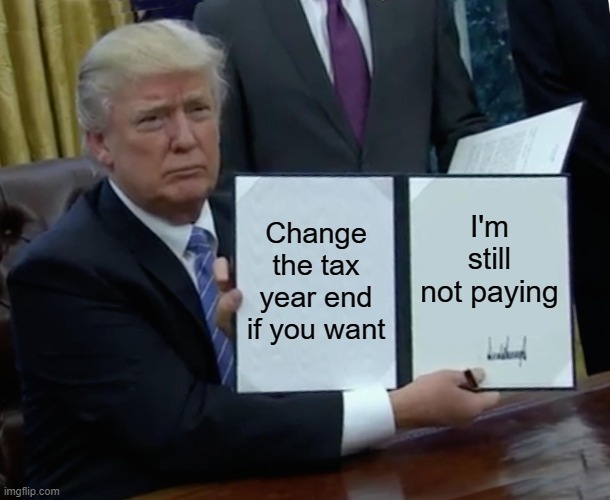 Delightfully quirky and old fashioned, the 5th April tax year end is uniquely peculiar to the UK, no other country or even UK based businesses share this odd date.

Firstly, we need to go back to 1582 when Pope Gregory XIII ordered a change from the Julian Calendar to the Gregorian Calendar, as by then the Julian calendar was behind the Solar calendar by 10 days. However, us contrary Brits did not adopt the new calendar until 1752 and by then we were 11 days behind.

The second factor involved the fact that here all debts, accounts and rents had to be paid on ‘quarter days’. This is where it gets complicated, as the first of these quarter days fell on “Lady Day” being 25th March and that was also officially New Year’s Day and the first day of the British tax year.

Understandably perhaps, the British people were unhappy with being robbed of 11 days of their lives and took to the streets to protest as their taxes were not also being similarly adjusted and so they were expected to pay a full year’s tax, despite the fact that the year had only 354 days.

In typical style, the Treasury was concerned to ensure there would be no loss of tax revenue and did not want to make concessions to the masses and so it decided that the tax year should remain as 365 days. And so, the beginning of the following tax year was moved from 25th March to 5th April and everyone was happy. This was further adjusted to April 6th in 1800, to take account of an anomaly caused by leap years and has remained as April 6th ever since.

Clearly there are many other ways of dealing with the practicalities of the UK’s somewhat unconventional tax year end, but in the context of HMRC’s call for evidence on reforming the tax administration framework, and with the increasing pace of change in the digital sphere, if we are ever going to change, then the time to discuss it is now.

So, earlier this year, Chancellor Rishi Sunak asked The Office of Tax Simplification (OTS) to conduct an in-depth review of the implications of moving the end of the tax year from 5th April to 31st March, or possibly even to 31st December.

Why does the 5th April tax year end matter?

We are now close to the point when ‘Making Tax Digital’ (MTD) for both VAT and Income Tax will be made compulsory, which will require reporting based on the digital record of when transactions take place. It would help to be able to align the quarterly reporting obligations for VAT with those for income tax. It would also help to align them with the other different sources of income to be reported for income tax. Otherwise, we could potentially see an individual having several quarterly reports to make every year.

For example, if we take a sole trader who is VAT registered and has a buy to let property, he or she would have to submit MTD reports to HMRC on at least eight occasions in each year.

So, what is the solution?

Taking the example of the VAT registered Sole Trader, we could perhaps:

In considering any change to the tax year, the Chancellor would also have to consider the complexity and costs of change for payroll and payroll software. On the plus side we could take the opportunity to deal with issues such as 53-week PAYE coding problems.

The OTS have published a consultation paper, discussing the possible arguments, for and against a change. 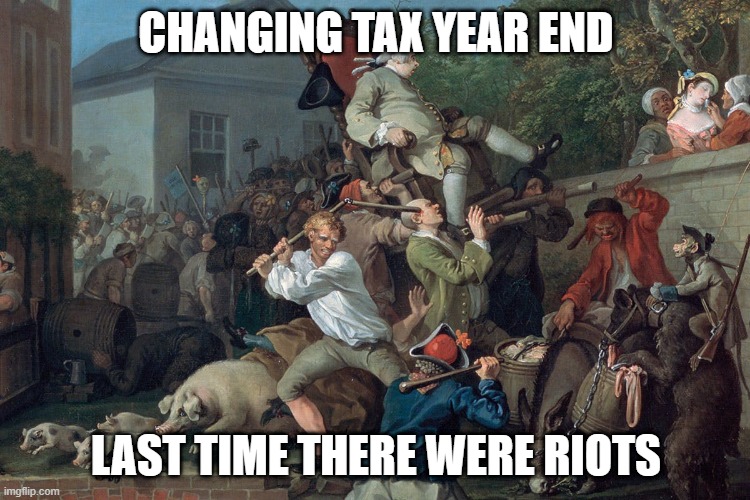 My view is that the only cogent argument against change is cost and whilst this may well be significant in the short-term, it is likely to be out-weighed by savings severalfold in the long term.

Individuals and businesses have put up with this historical anomaly for far too long; so my message to Rishi is, stop sitting on the fence and get it done, you know it makes sense!