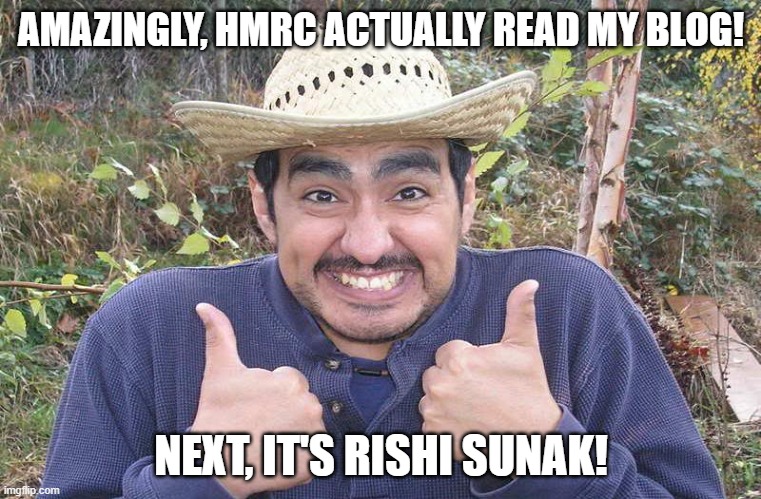 In view of an email I received from HMRC last month, there was only one subject I could write about this week. The email in full:

We are pleased that we are now able to trial a relaunch of the Agent Dedicated Line, which will be known as the Prioritised Support Service. To help us provide priority access for agents, we are trialling this prioritised support service from 14 June 2021 (Monday to Friday 8am to 6pm on 0300 200 3311) and we expect calls to this line to be answered within 10 minutes. It will help us to maintain the service, if agents spread calls throughout the day rather than phoning as soon as the helpline opens. We’ll keep your representative bodies informed about how we perform against this target.

The Agents Dedicated (telephone) Line (ADL) was originally launched 20 years ago to provide accountants (referred to as agents by HMRC) who are authorised to act on behalf of a client, instant access to an experienced HMRC official to discuss and hopefully resolve tax queries on behalf of their client.

HMRC promised that when you call the ADL, your call will be: A. Be given priority and answered faster (within 10 mins), B. Put through to an adviser who has at least 12 months experience and C. Transferred to technicians if necessary to ensure your query is fully resolved wherever possible during your first call.

Apart from the odd hiccup or two, the system worked pretty well to the benefit of both accountants/their clients and HMRC, that is until the Spring of 2019 when wait times started to grow longer and longer and the HMRC adviser, who eventually answered your call, being less and less experienced.

Eventually, in the autumn of last year, HMRC admitted that it had suspended its ADL and claimed it was because of the Coronavirus crisis which meant that most of its staff were working from home. This is total hogwash; as regular readers of this Blog are aware, I have regularly complained about the ADL for over two years now, with my most recent rant on the subject being on 21st May 2021 ‘HMRC’s dreadful service under the spotlight’.

ADL Relaunch: Someone has listened to me!

To my amazement, when I opened our website mailbox on my return from holiday recently, there was a message from HMRC, which can only mean that my weekly commentary (plus occasional rants) are being read by the powers that be! The email informed me that HMRC were reintroducing the ADL, so, to me at least, this clearly demonstrates that HMRC do read my weekly Blogs and on this occasion, actually did something I’ve been advocating for over two years.

ADL Relaunch: Is it back to normal?

Well, not quite, but almost. The revamped ADL is now called the Prioritised Support Service, which is a little unfortunate as PSS is the acronym for the charity Pregnancy Sickness Support, Doh!
Regrettably, they won’t have as many experienced staff to answer our queries as they did before but have now created a special online tool on their website, dedicated to authorised accountants. This they claim, will provide much greater access to a revamped and improved range of digital services, which should reduce the need to pick up the ‘phone.

In truth, HMRC’s change of heart is not just down to little ol’ me, but also to constant pressure from many others, including every one of the accountancy bodies, but at least they appear to have learnt their lesson.

At the moment, the new PSS is going through a monitoring and consultation phase which will include the professional bodies. I fully expect it to be retained in the long-term as the tax office would not have just reintroduced it because individuals like me have complained, but because they benefit hugely from the interaction as well.