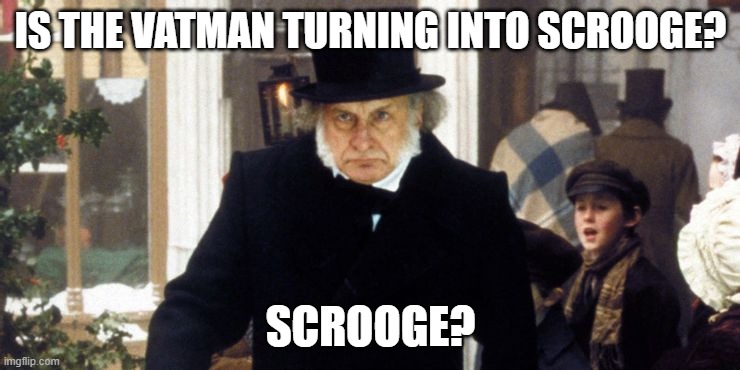 All accountants are aware that if HMRC delays repaying a VAT return claim by more than 30 days, it is obliged under its Code of Practice, to pay a repayment supplement equal to 5% of the repayment amount or £50, whichever is greater. The only exception to this rule is if the claim for a refund is significantly adjusted because of errors made on the return by the VAT trader who completes the form.

Regrettably however, the government has signalled its intention to change HMRC’s Code of Practice and completely scrap the repayment supplement scheme for all VAT periods beginning on or after 1st April 2022. But that is not the end of the story.

Following a barrage of complaints from accountants up and down the land, a recent amendment to Finance Bill 2021 has been made which means that HMRC will pay interest if it delays a repayment VAT return to check the figures, which is effective for periods beginning on or after 1 April 2022.

This is great news, you might think, but what is the bottom-line benefit to a business? Also, is this a fair trade-in for the loss of the repayment supplement scheme? Here’s an example to demonstrate how mean the new system actually is:

ACME Ltd has purchased a large piece of equipment and submitted a repayment VAT return for £100,000 mainly due to input tax claimed on the equipment. The return is submitted on time but due to inefficient delays caused by the HMRC reviewing officer, it was not repaid for four months.

Scenario 2: If the directors of ACME Ltd forgot to claim input tax on the new equipment, and spotted the error 12 months later when preparing year-end accounts? A voluntary disclosure will be submitted to HMRC to correct the error but it will not benefit from any interest payment from HMRC at the moment, even though the taxpayer has supported the government’s working capital for a year. But that will change from April 2022 as part of the government’s ‘interest harmonisation’ strategy, bringing VAT into line with other taxes. But the annual rate will still be 0.5%

In the above example, ACME Ltd is a decent sized company and probably has a good relationship with their bank to enable them to cope with the delay of £100,000 being paid, albeit at a cost. But small businesses can be crippled by any lengthy delay and will not now have the compensation of the supplement to help them.

In a recent case that I dealt with, a client who is an arborist (tree surgeon to thee and me) bought a Toyota Hilux pick-up for £30,000 + VAT of £6,000 and only because he normally paid VAT on his returns, on this occasion as he was reclaiming several thousand pounds, his VAT return was selected for a compliance check, prior to payment.

The client (I’ll refer to him as Fred), had only set up his business a year earlier and he’d pretty much ploughed all profits back into the business to increase its growth. Thus, Fred had very little cash reserves and his bank refused him an overdraft because of the short trading period.

By the time Fred was repaid his VAT, some 18 weeks after submitting his return, to survive he’d even been forced to raise money via pay-day loans, and we all know what punitive rates of interest they charge!

Fred duly received his repayment supplement of £300, but his costs as a direct result of the excessive delay in receiving his repayment amounted to close to £1,000, plus a huge amount of stress. If this had happened under the proposed 0.5% interest scheme, his compensation would have been a miserly £10.39.

The change in the rules aims to give ‘commercial restitution’ to a business that has suffered a delay getting its VAT refund. However, HMRC’s own VAT manual VSIM1000 states: “compensation is to be paid to the party deprived of the use of the money it is owed.”

I am not sure this is achieved if a business has to pay upward of 6% interest calculated on a daily basis on a bank overdraft, whilst waiting for a VAT refund, only getting a flat 0.5% interest back from HMRC!

The decision to abolish the repayment supplement scheme next year will be a big blow to taxpayers who already suffer from increasing and mostly unnecessary HMRC delays.

Not only is there the financial cost of a delayed VAT repayment, which an interest refund is designed to compensate, there are many other costs incurred by a business chasing a repayment, as we all know: professional fees, the cost of time delays waiting for HMRC to answer the phone, telephone bills etcetera.

I honestly believe that HMRC officers have a bigger incentive to get cracking with an enquiry if a big 5% repayment supplement will be paid from the treasury coffers (a black mark against the officer on their annual report), compared to a miserly 0.5% interest.

I consider that the decision to do away with the repayment supplement, has nothing to do with fairness as I believe my examples demonstrate; but is more about HMRC’s apparent obsession with cutting staff numbers. This has led directly to an increasing level of mistakes and delays at HMRC and this latest move appears to be evidence of HMRC trying to avoid the consequences of this.