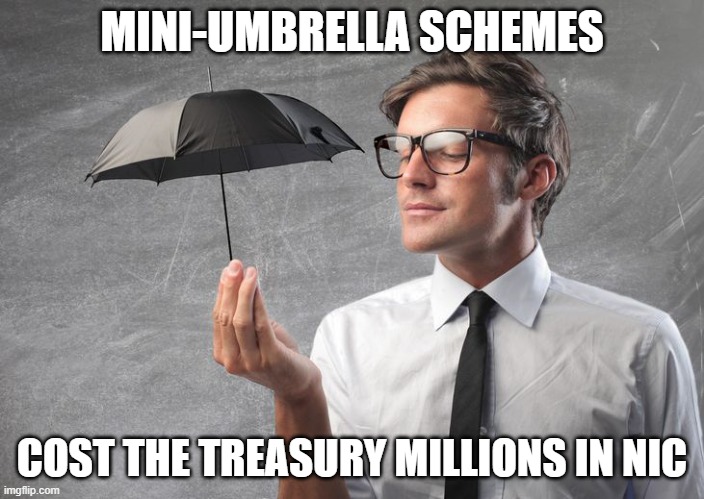 An in-depth investigation by BBC Radio 4’s File on 4, has revealed that tens of thousands of individuals resident abroad have been recruited to front British companies as part of schemes costing the UK tax authorities hundreds of millions in lost employers’ National Insurance contributions (NIC).

Starting around 5 years ago, increasing numbers of small umbrella companies began being set up to exploit a loophole in the United Kingdom’s tax system. (An umbrella company is one that employs agency contractors who work on temporary contract assignments in the UK, with the umbrella acting as an intermediary between you and your recruitment agency or end client).

Employers NIC Fraud: How does it work?

File on 4 found that nearly 50,000 “mini umbrella companies or MUCs” have been created in the UK in the past five years, each following a particular pattern. The companies are originally incorporated with a British director recruited via private groups on Facebook. They resign as directors after a short period of time and a foreign director is appointed in their place, with most being based in the Philippines.

The researchers found that most of the Filipinos were recruited via Facebook and were from the poorest regions in the country. The only qualifications needed to get the job are an internet connection, a mobile phone number, an email address and an ID document. One Filipino director – who didn’t want to be named for fear of losing his income – said he signed up last year to support his wife and a baby.

He said it was “really very easy” and the extra cash was “a big help” and made paying his bills and daily expenses much easier. He couldn’t however remember the name of the company he is the director of and didn’t know what the company does. Thousands of similar companies fronted by Filipinos are then used to employ workers in the UK, including large numbers of supply teachers and Covid testers.

Employers NIC Fraud: What are the mechanics of the scheme?

The fraud exploits the government’s Employment Allowance (an annual discount of £4,000 per company on NIC, to encourage companies to take on more workers). Recruitment agencies exploit the allowance by employing temporary workers through a series of MUCs, with each individual MUC typically employing three or four workers and qualifying for the tax relief.

Employers pay 13.8% in National Insurance contributions on all of their employees’ earnings above £170 a week. So, if a MUC employs say 3 workers with each earning £18,500pa the MUC, as the employer, pays 13.8%NIC on each salary above the £170pw (£8,840pa) threshold, which results in a potential overall NIC liability of £3,999. But once the £4,000 allowance is claimed, the MUC as the employer, has a zero liability.

Employers NIC Fraud: What’s in it for the Directors?

In the UK potential directors are mainly recruited through Facebook and are paid £150 for fronting a company, with up to 6 being fronted simultaneously. Their only job is to upload letters received by post from HMRC and Companies House to an online portal run by a formations company.

After around one month, the UK director resigns and on the same day, a Filipino director is appointed to front these companies. The UK frontman is then free to start over again with a new company/companies. These UK frontmen and women can typically earn up to £10,000pa with minimal risk.

Employers NIC Fraud: What are HMRC doing about it?

The short answer is not very much, partly because it can be extremely difficult for HMRC to pursue companies with directors in other tax jurisdictions, especially countries like the Philippines where the UK doesn’t have reciprocal tax arrangements. 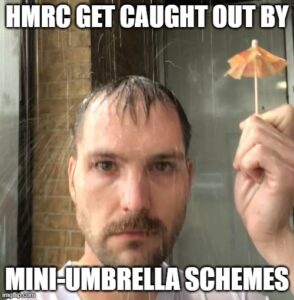 What is HMRC doing about it?

The £4,000 Employment Allowance was introduced in April 2014 and HMRC as far back as 2015, stated that the exploitative schemes were “too good to be true” and “simply did not work”.

Jo Maugham, a tax QC and the founder of the campaigning group the Good Law Project, said the number of companies File on 4 discovered were set up in this way was “staggering”. “It’s not as though this is some tiny piece of tax avoidance – you know, where your local minicab firm isn’t declaring all of the fares that it receives. This is industrial-scale tax abuse, it really is absolutely extraordinary, hundreds of millions of pounds is likely to have been lost due to HMRC’s apparent disinclination to tackle this abuse.”

Anneliese Dodds, former shadow chancellor, called upon HMRC and the government to do more to tackle these schemes. “We do need to see greater action being taken by HMRC, they really should have been facing up to this, because the alarm bell has been rung by many over many years,”.

In response to BBC Radio 4’s File on 4’s report, HMRC said it was using both its criminal and civil powers to challenge what it called “MUC fraud” – and had recently deregistered more than 22,000 mini umbrella companies thought to be involved in such schemes. It says it has made a number of arrests and taken steps to recover unpaid tax from businesses which knew, or should have known, about fraud in their supply chain.

Despite HMRC’s claims to be taking action, their problem is as soon as they close down one MUC, two more spring up in its place. The real answer is a change in tax legislation, which I accept will not be quick. In the meantime, they should seriously target the recruitment agencies who use these MUCs, many of which were run by individuals who are also directly involved in forming the MUCs.

So, if File on 4 can easily demonstrate that many of the agencies control multiple MUCS, then for HMRC with their wide-ranging legal powers, they should be able to significantly reduce this blatant, aggressive and illegal tax avoidance.