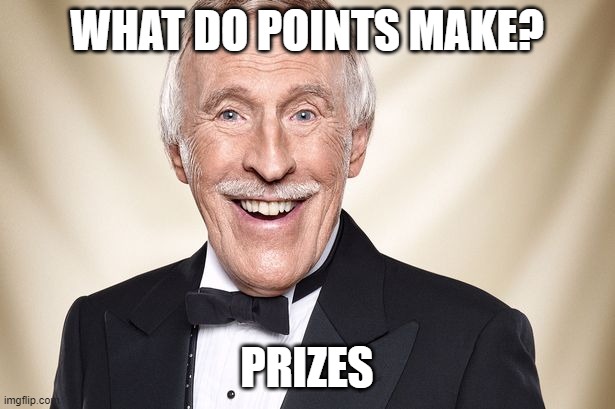 Yes, is the answer as far as the tax office is concerned.

Hidden in the small print of the Budget Day announcements, were the details of the long-awaited, points-based system for late filing penalties. But, as one financial journalist who was apparently determined to create a sentence of 7 words with 5 of them starting with a ‘P’, put it: “(The) Proposed points and penalty system is potentially problematic.”

I suspected that the devil would be in the detail and so it has proven to be, with a potential deluge of points and penalties under the Revenue’s much vaunted (by them, not me!) Making Tax Digital.

The current system for Income Tax Self-Assessment (ITSA) late filing penalties often disproportionately impacts on some taxpayers. Until April 2011 the system capped the initial late filing penalty at the lower of the time-related penalty, which started at £100, and the tax due. Therefore, if there was no tax, there was no penalty.

It is a fact that some people who were obliged to send in a tax return, but who had no additional tax to pay, ignored repeated letters from HMRC. These individuals eventually only filed the tax return many months late, when threatened with legal action, wasting HMRC’s time and resources but paying no penalty as a consequence.

However, on 6th April 2011, HMRC decided they’d had enough and changed the rules by removing the cap and adding daily penalties, which meant that anyone who was late filing had ever-increasing penalties, even when no additional tax was due. Indeed, a number of my clients accrued significant penalties even when they were owed a tax refund.

Beyond a certain level, the accumulating daily penalties sometimes make people less, not more, inclined to face the problem especially those in the vulnerable category. In fairness, every time I appealed such a case, HMRC withdrew the penalty, but it would be better to have a more proportionate system in the first place.

The OTS looked in depth at the structure of tax penalties in 2014, and in 2015 advised HMRC that they considered that certain aspects of the changes were unfair and should be reviewed. Based on the OTS advice, HMRC published a discussion document which stated that any new system should:

When I began reading the details of the planned penalties for late submission, to begin with, I found the proposals very encouraging. This was because the underlying principle underpinning the new system is that taxpayers will no longer receive an automatic penalty if they fail to meet a submission obligation but will instead incur a point for each failure.

At a certain threshold of points, a penalty of £200 will be levied, with the threshold depending on how often a taxpayer is required to make a submission. There will be different thresholds – and points – for the different filing requirements and different periods of compliance for different taxes that require different numbers of reports to be filed:

Once the points have reached the threshold, the taxpayer will have to immediately bring outstanding returns from the preceding 24 months up to date and achieve the period of compliance for the points to be reset to zero. Failure to do so will incur penalties starting at £200 and rising daily, but taxpayers will be able to challenge points and penalties through a HMRC review process.

VAT registered individuals and businesses VAT will have the new system applied to any periods beginning on or after 1st April 2022, with SA tax return individuals starting on 6th April 2023. For more detail go to:

Points Threshold Penalties: Is the new system easy to understand?

Having studied the fine detail of the proposed new system, I can now see where that financial journalist was coming from. I accept that a great deal of thought has clearly gone into designing the new system, but the result is significant additional complexity.

As many taxpayers have difficulty understanding the current penalty system, they will find the intricacies of the new system totally mind-boggling, mainly because it fails to pass three fundamental tests:

Points Threshold Penalties: Is the added complexity due to MTD?

Basically yes; Making Tax Digital is HMRC’s vision for the ‘end of the tax return’ and a ‘transformed tax system’, to be achieved by making tax administration more effective, more efficient and simpler, for taxpayers. Unfortunately, in designing the new proposed system, the HMRC’s planners seem to have forgotten what the word ‘simple’ actually means to the ordinary taxpayer.

For MTD to work it requires the taxpayer to have specialised software, largely because of the significant increase in the number of filing obligations; it’s already in place for VAT-registered businesses, with other taxes, including Corporation Tax and Income Tax & NIC for sole traders having been put back with a revised commencement date of 6th April 2023.

The new ITSA system assumes everyone is on MTD, and as a direct result, there will be an explosion of new online filings to be made, accompanied by a highly complex ‘points and penalties’ system.

I fully accept that the proposed late filing penalty regime is eminently fairer than the current one. but it will only be successful if the considerable additional complexity it brings with it can be overcome.

Much was made at the time MTD was announced of the scope for digital prompts and nudges to help taxpayers avoid mistakes, which I thought was a major improvement on the current system. However, for MTD to work as intended, it will require taxpayers to:

As many of our smaller clients don’t even own a proper computer, good luck with that HMRC.