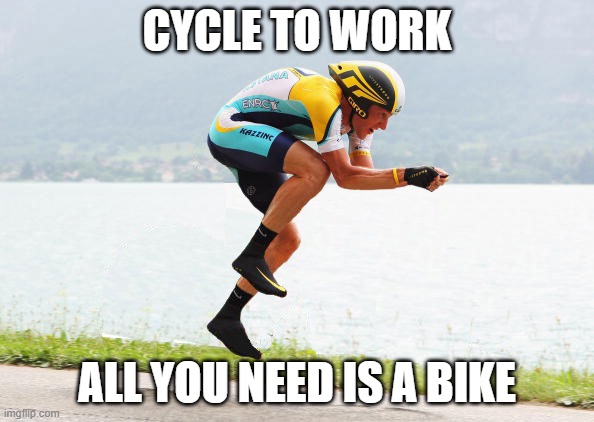 There are quite a number of tax saving schemes and allowances approved by HMRC, which get little or no publicity. So today, with increasing numbers of individuals seeking to improve their health by biking to work, I will explore this relatively unknown area to see what is available to individuals and firms.

The basis of the cycle to work scheme

In essence, the cycle to work scheme allows an employee to purchase a bicycle and cycling accessories through their employer, spreading the cost over 12 months, whilst at the same time making significant savings through a tax break.

The scheme is a great way for UK cyclists to save at least 32 per cent off the cost of their bikes and associated kit and has benefited nearly two million individuals since it was introduced by the government in 1999 to “promote healthier journeys to work and reduce environmental pollution”.

How does cycle to work in practice?

The scheme works by your employer agreeing to buy you a bike to enable you to ride to work and you ‘hire’ it through salary sacrifice. This is where you save money, as that part of your salary used to make the monthly repayment to your employer does not attract tax or NIC. This will save a standard rate taxpayer 32% off the cost of a new bike and for higher rate taxpayers, a whopping 42% is on offer.

As the scheme is set up to promote work journeys rather than cycling in general, your employer technically remains the owner of the bike once you finish the hire period. Everyone knows that in practice the employee is ‘buying’ the bike, but that isn’t legally the case until the salary sacrifice ends and the employer ‘sells’ the now heavily depreciated equipment to the employee, usually for a token amount of £1.

Cycle to work: Do employers receive any benefit?

Yes, they do. Whilst the employer has to pay the upfront cost, this is repaid within a year and they can also claim the full cost against their Corporation Tax bill, thus making additional savings.

As the scheme only lasts for a 12 month period, the employer can utilise the Annual Investment Allowance and write the entire costs off against tax at the end of the year. This will give them a 19% bonus at current tax rates, which will rise to 24% following the increase in the Corporation Tax rate announced by Rishi Sunak in his March Budget.

Cycle to work: Is there a downside?

I’ve studied the small print of the scheme and can only see it as a win-win scenario for both employer and employee, with no hidden catches. Also, surprisingly, there is no requirement to demonstrate that the bicycle in question is actually used to cycle to and from work, which may explain why a significant percentage of bike purchases under the scheme, take place in December!

Are there any other benefits for employees and their bikes?

If getting a subsidised bike wasn’t enough, the government has gone a step further and introduced the ‘fix your bike voucher scheme’.  The scheme is open to anyone in England who has a bicycle in need of a repair and allows members of the public to receive a voucher worth up to £50 towards the cost of repairing a bike.

All that you have to do to claim this additional tax-free benefit is to visit the HMGov website at: https://fixyourbikevoucherscheme.est.org.uk/ and apply. You then take your voucher to your local bike repair shop and they knock £50 off your bill, with the bike shop claiming the £50 back from HMRC.

Cycle to work: Recent changes to the scheme 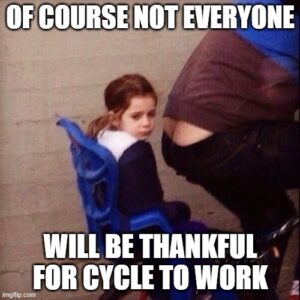 Until March 2021, there were a number of restrictions on the cost and type of bike you could buy and only a very limited range of cycling accessories were allowed. For example, there was a £1,000 limit on the cost of a bike, e-bikes were excluded as were articles of specialised cycling clothing.

I am now please to inform you that the government have now issued new guidance on the scheme, which is far more generous and less restrictive. There is now no limit on the purchase price and e-bikes have been included. Additionally, pretty much anything held out for sale as a cycling accessory, including anything that an individual needs to commute by bike, is now covered by the cycle to work scheme.

Cycle to work: You can also claim a mileage rate!

Most people are aware that HMRC allows individuals to claim a mileage rate of 45p per mile (25p over 10,000 miles) if they use their car, which whilst helpful is not overgenerous. But did you know that your employer can pay you a mileage rate of 20p per mile for every mile cycled for work? This payment is tax-deductible for employers but does not count as a taxable benefit for the employee.

How about bikes for small businesses?

Many micro-businesses, such as self-employed ‘Just Eat and Deliveroo’ riders who deliver your Domino pizza or MacDonalds, use bikes in urban settings. Unfortunately, whilst the cycle to work scheme isn’t available to these individuals, they can claim the cost of their bike and repairs against tax, also they are entitled to claim the 20p per mile, which may well give them a significant reduction in their tax bill.

I only stumbled on this scheme by accident, when researching another Blog, and I must admit that I was surprised by how generous the scheme is, without much in the way of impediments to claiming. As a result, I have started an in-depth search for other little-known schemes and allowances that might benefit individuals and small businesses, so watch this space!