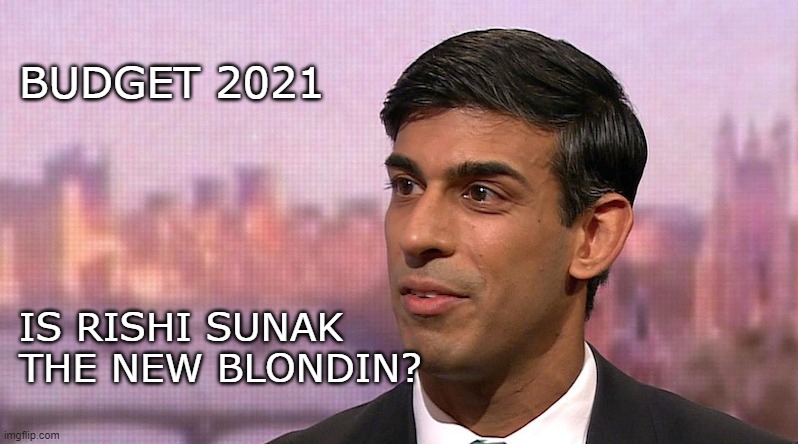 Charles Blondin, whose name is synonymous with tightrope walking, has a new rival in Rishi Sunak, whose budget on Wednesday was a masterclass in walking a fiscal tightrope.

The Chancellor was seeing government debt shooting up to near record levels, with the number of individuals on just one of his economic lifelines, The Furlough Scheme, rising to a gnat’s whisker under 5 million by the end of February. Rishi was uncomfortably aware that this rising mountain of debt would become unsustainable in the not-to-distant future.

Unfortunately for the Chancellor, he knew that the only tax rises would fundamentally solve the problem, but poor old Rishi was effectively hamstrung by Boris’s election promise to freeze the rates of the 3 biggest taxes: VAT, Income Tax and National Insurance, for the life of this parliament. So, what did Rishi do?

Budget 2021: The good news for individuals

Budget 2021: The bad news for individuals

Budget 2021: The good news for business

Budget 2021:The bad news for business

This year’s budget announcements were a bit like the proverbial ‘curate’s egg’, with plenty of good news, but with the much smaller amount of bad news, really carrying a massive sting in the tail.

Apart from the Corporation Tax rate increase, most of the heavy lifting was down to the freezing of allowances and thresholds (known as ‘fiscal drag’). There was nothing from the Office for Tax Simplification review of Capital Gains Tax and the widely rumoured ‘wealth tax’ was nowhere to be seen. Also, there was nothing on “levelling the playing field” between employees and the self-employed.

But might we hear what he plans to do in future budgets, when the promised batch of consultation documents and fine details of this budget, are published on 23rd March? So watch this space!