HMRC to name and shame in an anti-fraud move 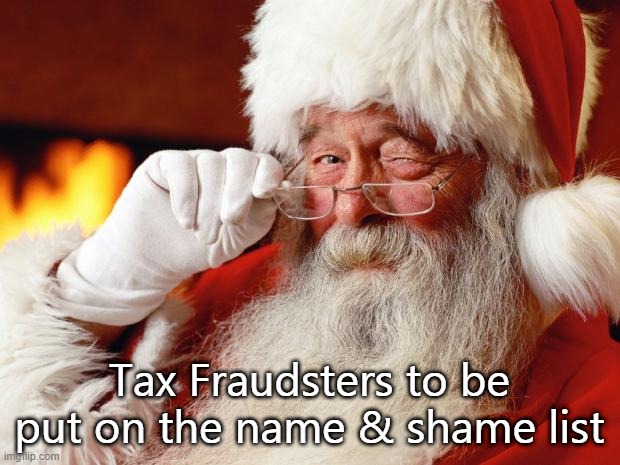 HMRC to name and shame in an anti-fraud move

HMRC is to publish a list of businesses who are continuing to claim for furloughed employees in an attempt to reduce fraud. Employers will face the dilemma of whether to furlough employees or risk-averse publicity as new measures to name recipients come into force.

Chancellor Rishi Sunak has instructed HMRC to publish information about employers who submit claims under the extended Coronavirus Job Retention Scheme (CJRS) over December 2020 and January 2021.

What information is to be made public?

The instructions given to HMRC on what CJRS data is to be made public is to include the name of the employer and the amount of the CJRS claim. They will also publish the employer’s PAYE reference, which will enable an employee to check whether or not their employer has claimed for them.

The tax office will then post the information within three months of the claim on the gov.uk website. Also, the published details will only relate to claims made relating to periods later than 1st December 2020. The only exemption is that the Chancellor has agreed that HMRC can withhold publication, but only if the department believes it would expose any individual to serious risk of violence or intimidation.

“There are a lot of people on tenterhooks as to what this will look like in February, as that is when the publication will happen in respect to claims from December on,” said payroll lecturer and CJRS expert Kate Upcraft. “It’s to make businesses focus on whether their operations have been impacted by Covid-19 or, for example, do they normally close down over the festive season and have made a claim just to cover their holiday pay bill, which is not in the spirit of the scheme?”

“Employers may prefer not to submit claims under the extended CJRS, even where they are technically eligible to do so, to avoid this publicity, especially where the employer’s business is profitable,” said Hannah Ford of the law firm Stevens & Bolton.

Retailers that remained open during lockdowns have been under pressure to return government bailout handouts at a time when their rivals, along with hospitality businesses, have been forced to close. This is especially true of the business rates holiday, with handouts in excess of £2bn.

The biggest claimants were the supermarkets, who saw their sales soar throughout the crisis, but who also paid out dividends to shareholders and bonuses to bosses. When these details were published recently, they came under enormous pressure from MPs, and the public, for them to return the cash which they’ve now announced they will do.

In fact, the Big Four supermarket chains alone have promised to repay £1.69bn, which I suspect is why Rishi Sunak has extended the name and shame policy to the Coronavirus Job Retention Scheme (CJRS), to see what further savings can be made.

In my opinion Rishi is wrong to confine the publicity to claims made from 1st December, as there are many businesses who claimed for furloughed employees earlier this year, whilst still racking up significant profits. A prime example is Premiership football clubs, who all have rich owners and are still receiving hundreds of millions from Sky, BT and other broadcasters. When they were found out, the bulk of them decided that a CJRS claim was not worth the negative publicity.

Many financial experts believe that the decision to make the information public is an attempt to deter employers from applying under the scheme and may also be a means to deter fraudulent claimants as they may feel more likely to get caught out once their details are published.

The publicity measures follow recommendations from a recent National Audit Office (NAO) CJRS review that such publicity could help to reduce fraud by enabling employees to see whether their employer was making claims on their behalf. Large cash handouts have been funnelled away by criminals who took advantage of the minimal testing around the first furlough schemes, which were rolled out in a hurry to keep the economy moving.

The NAO now estimates that more than £3.9bn of public money may have been fraudulently claimed by businesses fraudulently claiming under the salary support scheme, whilst ordering employees to continue working during the lockdown.

The NAO report concluded that HMRC could have done more to make clear to employees that they were part of a furlough claim. “So HMRC are under pressure to find ways of deterring fraud and publication is definitely one of a range of options,” said a NAO spokesman.

When the CJRS was first launched, HMRC felt that publishing employer’s details risked deterring too many legitimate claims, the NAO found. If employees were not informed by their employer that a claim was made, they may not have been aware that of the potential fraud if they continued working.

The NAO estimate that between 5 and 10% of claims were fraudulent, partly because of the pressure to get the financial help out quickly with a ‘pay now, check later’ approach by HMRC. This time around, the formula is ‘check now, pay later and publish who got the money. Many larger businesses, including major financial services firms, decided from the start not to take any of the money to avoid negative public reactions.

This will be the last Blog for two weeks, as I suspect that most of you will be preoccupied with your festive activities and in any case, it is very unusual for any significant tax news to be announced during this period.

So, I would like to send warm wishes to you for Christmas and the New Year and let us all look forward to the pandemic rapidly receding in 2021.

Making Tax Digital Reasonable Excuse Appeal
The VATman can go back 20 years!
Sue the Taxman? Yes you can!