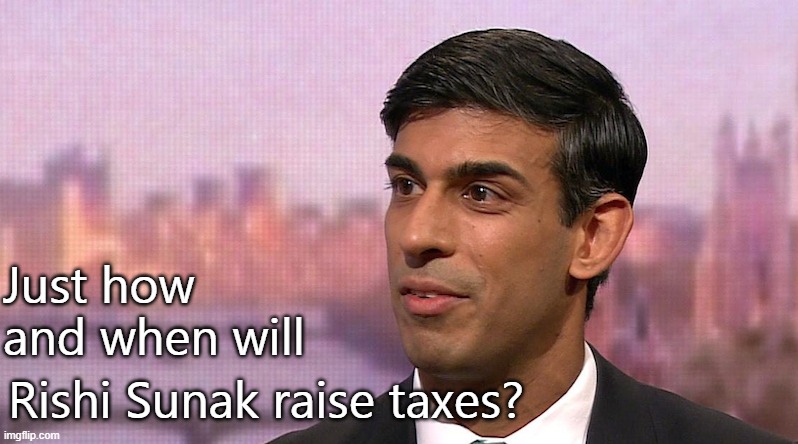 What is Rishi waiting for?

Most people, especially economists, accountants and business owners, had expected tax increases in the 2020 Autumn Budget. The Chancellor, however, has deferred the budget yet again. Still, at some stage, in the not too distant future, the billions of pounds borrowed to cover the cost of the coronavirus support will need to be addressed.

In a recent speech at the Inspire 2020 online conference, former Chancellor Philip Hammond gave his take on what is likely to happen in both the short and long term. He spoke about the role of tax in the Covid-19 recovery and Brexit challenges. Most UK economists and financial forecasters broadly echo his views.

Hammond is broadly supportive of the UK government’s efforts to support the economy following the Covid-19 shutdown. Still, the current generous approach to funding cannot continue forever. At some point, the extraordinary fiscal costs of 2020 will have to be recovered either through taxation or a reduction in public spending.

As interest rates are currently very low, the cost of servicing public debt is also low. So in the short-term Coronavirus support costs will be covered by continued government borrowing. Going forward, the government does not want to be carrying a level of debt which will shortly exceed the country’s entire GDP. A debt reduction will be necessary to cope with the next crisis, whether it be another pandemic or a financial crisis as happened in 2008.

It is also worth remembering that although interest costs are low they are still costs. With borrowing likely to exceed tax income until well into 2021, they are likely to form a bigger and bigger slice of government expenses. This in turn, will mean more borrowing or a reduction in services. In 2018, the annual cost of servicing the public debt amounted to around £48 billion or 8% of the UK’s tax income. With the level of borrowing currently at £3trillion, 50% up on 2018, you can do the maths.

The tax landscape is likely to develop in two stages; in the short term, it’s expected the government will impose additional taxes on three groups:

These taxes will be imposed largely for cosmetic effect. This is because the rises won’t raise large amounts of money as there are just not enough taxpayers in those categories to raise huge amounts of money. It is unlikely however that there will be any political damage as the people in those groups are not numerous enough to affect the political arithmetic (in other words they don’t have many votes). There will also be a significant ongoing borrowing to avoid tax rises or spending cuts that would affect the majority of voters.

The second or longer-term approach will be to bite the bullet and accept that the only way to raise significant amounts of additional revenue is with broad-based taxes that do affect the majority of people (such as Income Tax, NIC and VAT). But that will be an excruciating political decision. 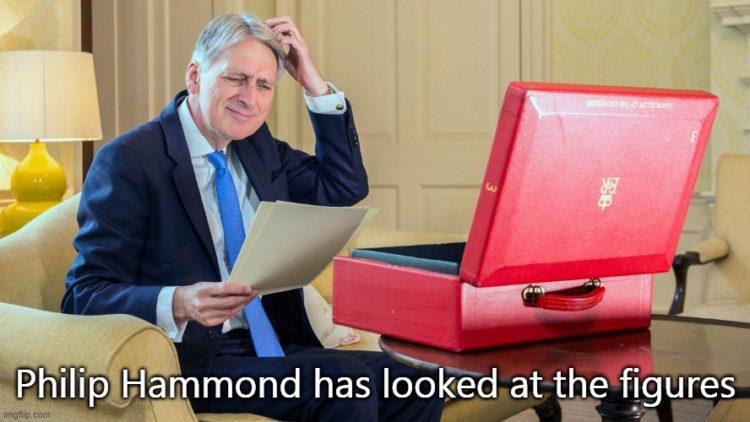 Most experts, including the former Chancellor, suspect that our current government will not raise taxes that will affect the majority of the population. So it will push back the need to address the issue until beyond the next general election, scheduled for 2024.

The delay is not necessarily a bad thing, as looking at the likely slow economic revival, it would probably be unwise to impose significant tax increases before the recovery is well underway.  Most forecasters believe that recovery will take a minimum of three years, and could be a year or two longer, which is getting perilously close to the next general election.

The one area where a significant amount of tax could be raised without offending UK voters is by taxing the huge multinational corporations that pay little or no UK taxes. There has been real public anger over large web-based groups avoiding taxes in the countries where they operate. This became such a political pressure point across Europe that several governments have imposed digital services taxes (DST), in an attempt to tax these huge global corporations.

The perceived tax avoidance has come about because the current international tax system was developed in the 1920s when trade meant physical trade in goods. Where the company has little physical presence in a country, there is nothing for the local tax system to bite on. These companies do pay tax, but in the countries where they have their headquarters, which in the majority of cases is usually the USA.

Philip Hammond was involved in the design of the UK digital services tax. This levy applies from April 1st 2020 and taxes turnover (not profit) from online market places, social media services and search engines where the global digital revenue of the group is at least £500m and the turnover in the UK is at least £25m.

The DST was always intended to be an interim measure that would be withdrawn as soon as there is an international agreement on a global settlement of a similar tax. The G20 group of countries, supported by the OECD, has been labouring to come up with an internationally agreed tax regime for several years. 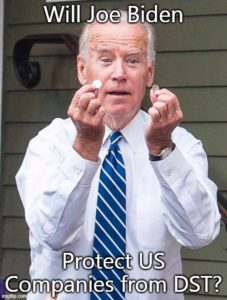 Public Debt Reduction: Will the US treasury play ball?

Unfortunately for most of the G20, this will not be an easy task as the USA does not agree that American companies should be subject to a global DST as this would amount to a redistribution of tax revenue away from the US Treasury to other countries.

The USA agreed not to take retaliatory action on countries which have imposed a DST; that is until the revenue starts to be physically collected from those taxes. For the UK the first payments of DST will be due in October 2021, but for France and several other EU countries, the DST is payable in December 2020. The USA could, therefore, start imposing retaliatory measures on France, or the whole of the EU, from January 1st 2021.

I suspect this is why our wily current Chancellor has delayed the UK tax payment date by 9 months, to see what if anything the next US President will do. We already have a good idea of what Trump will do because of his clearly stated protectionism. Still, Joe Biden is more liberal in his views, so we’ll just have to wait until November 3rd to see.