Just when we thought that there would be any more big announcements, Rishi Sunak has pulled yet another rabbit out of his hat.

I suspect that the government surprise package has come about because they had underestimated the severity of the knock-on effect of the Tier 2 and 3 measures, especially on the hospitality sector and their supply chain.

So, what new measures are in place for the winter:

The Chancellor’s winter economy plan includes fresh support grants for the self-employed, which will be less generous than those announced in the spring. Initially, the chancellor said this would only cover 20% of average monthly trading profits, with a limit per grant of £1,875 in total. But he has now decided – owing to stricter Covid restrictions in various parts of the UK – to offer more.

Beginning in November, a new taxable grant that will made available. This will cover 40% of average monthly trading profits, with a limit of £3,750 in total. It will be paid out in a single instalment covering three months’ worth of profits. The second grant, with the same terms, will cover a three-month period from the start of February 2021 until the end of April. 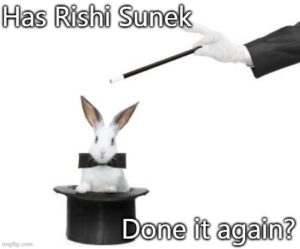 Also, as with previous SE grants, HMRC will use existing information to identify those eligible and invite applications.

Rishi Sunak is making significant changes to the Job Support Scheme (JSS) – set to replace furlough in November. He told the Commons that even businesses not forced to shut were facing “profound economic uncertainty”. Under the revised scheme, employers will pay less and staff can work fewer hours before they qualify, with the taxpayer subsidy doubling.

Under the revised plan, businesses forced to close because they are in Tier 3, will receive the previously announced help with the government paying 67% of a worker’s wages. The big change is for businesses caught by the knock-on effect of other businesses closing and the economic effect of being in Tier 2.

How will the JSS change for Tier 2?

Instead of a minimum requirement of paying 55% of wages for a third of hours, as announced previously, employers will have to pay for a minimum of 20% of usual hours worked, and 5% of hours not worked. The government will now fund 62% of the wages for hours not worked. This more than doubles the maximum payment to £1,541.75 a month. In the most generous case, the taxpayer will now go from funding 22% of wages to just under half.

Are there any other new measures?

Yes, with the chancellor announcing specific help for hospitality and leisure businesses in Tier 2 areas. English councils will be funded to give monthly grants of up to £2,100 to 150,000 hotels, restaurants and B&Bs.

Surprise Package: Is that it?

For the moment yes, but I fully expect a few tweaks and additional help for specific business sectors, will be announced over the next few days.

So watch this space!

The Chancellor's ‘Bounce Back Loan Scheme’ (BBLS)
13 Unusual Excuses as to why an invoice wasn’t paid
UK Tax Questions Answered by Shrewsbury Accountant No.19