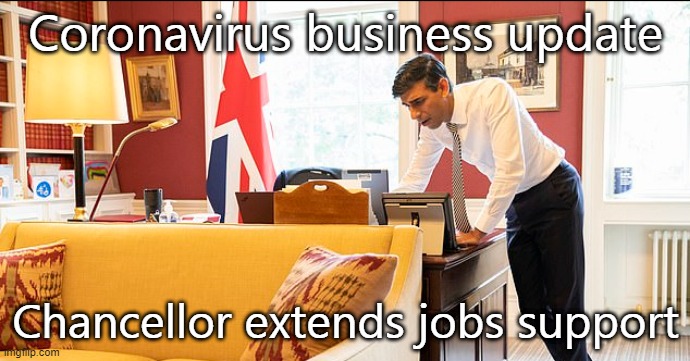 With the coronavirus second wave hitting the country, the three-tier system of measures to curb the spread of the disease has been introduced, with the Liverpool area the first to go back into partial lockdown. Other areas, especially Manchester, are expected to follow soon.

So on Monday, Rishi Sunak in anticipation of these lockdown announcements, revealed an extended package of measures to support jobs in the affected areas.

Chancellor extends jobs support: What are the new measures?

Under the latest variation to its job support initiative for businesses required to close temporarily due to Covid-19 protective measures, the government will pay two-thirds of each employee’s salary. This re-worked job retention scheme is more generous than the job support scheme (JSS), but the employer will still have to pay the employee’s wage upfront plus any employer’s NIC plus the minimum employer’s pension contributions on those wages.

In addition to the expanded job support measures, the Chancellor also rolled out further local lockdown grants for businesses of up to £3,000 per month.

“Our economic priority is simple: we need to protect jobs. The way we do that needs to evolve as the crisis and our health response evolves.That doesn’t mean announcing a new package every time the health measures change. Instead, we’ve developed an economic toolkit to give businesses the right support at the right time, for their situation.”

To be eligible, the employee must be furloughed for periods of at least 7 days at a time, during which they will receive 66% of his wages. Employees are only eligible for this support if they were on the payroll of the employer an included on a monthly RTI payroll return before 23rd September 2020.

Chancellor extends jobs support: How the costs are divided

Under this expanded JSS, the cost of keeping the staff on the payroll is split between the government, the employer, and the employee, with the employer bearing a relatively small amount of employer’s NIC and pension contributions.

The employee must give up one-third of their wages and must agree to that change in their employment contract in writing if they are not already on a zero-hours contract. The government is effectively covering all of the employee’s pay, (at 67% of the usual rate) just as it did under the original furlough scheme when it covered 80% reducing to 60% in October.

Chancellor extends jobs support: Could the employer pay nothing?

Possibly, but unlikely. This is because an employer’s NIC kicks in at £732 per month (£8,784 per year), so an employee who normally earns more than £13,176 per year will create a national insurance liability for the employer when furloughed under the expanded JSS on two-thirds of pay.

This will clearly apply to the majority of employees, but with a considerable number on zero-hours or part-time contracts, they may not be paid enough to trigger an employer NIC liability, or minimum employer pension contributions to a workplace pension. In which case, the employer would indeed pay nothing.

Chancellor extends jobs support: When can employers claim the refund?

The online portal to claim under the expended JSS will not open until 1st December 2020, so employers will have to use cash reserves, or borrow, to pay their employees’ wages. The employer will have to prove that the wages have been paid, by submitting an RTI return, before HMRC will provide a refund of those costs. This is to avoid the instances of fraud and abuse which occurred under the CJRS.

The scheme will run for five months from 1st November to 31st March but will be reviewed in January 2021. It will also be available throughout the UK where businesses are close by regulation. Thus, decisions by the devolved governments to close certain hospitality businesses by law for short periods will rely on the UK government to support the wages of the employees of those businesses. 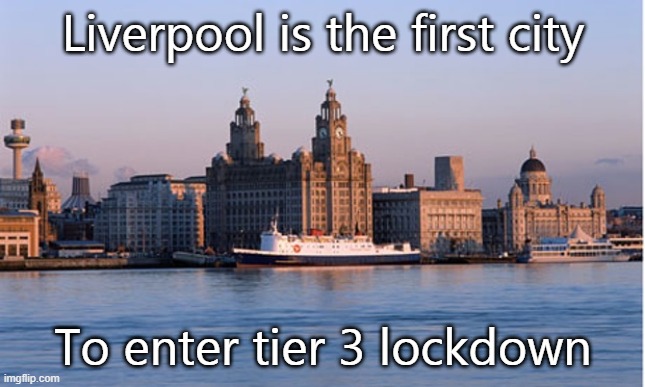 Sadly it won’t be the last

The local lockdown grants, originally announced in early September, enabled businesses forced to close to claim up to £1,500 every three weeks. The Chancellor has now revised these grants and large businesses can now claim up to £3,000 per month payable every two weeks.

Also, these grants only apply to England, with the three devolved administrations to receive a minimum of £12.7bn to support their businesses in their part of the UK.

I have been impressed by the Chancellor actions during the pandemic and overall, he has not got much wrong in his actions. Unfortunately, as it was clear a few weeks ago that lockdown measures would need to be tightened because of rapidly rising numbers of infections, I believe that he should have acted a tad sooner with a revised furlough scheme.

That being said, the latest scheme is still a huge amount of additional spending by the Treasury and will most certainly help stave off mass redundancies.
If you would like more detailed information on some aspect of UK Tax, send me an e-mail and I’ll be pleased to advise further.