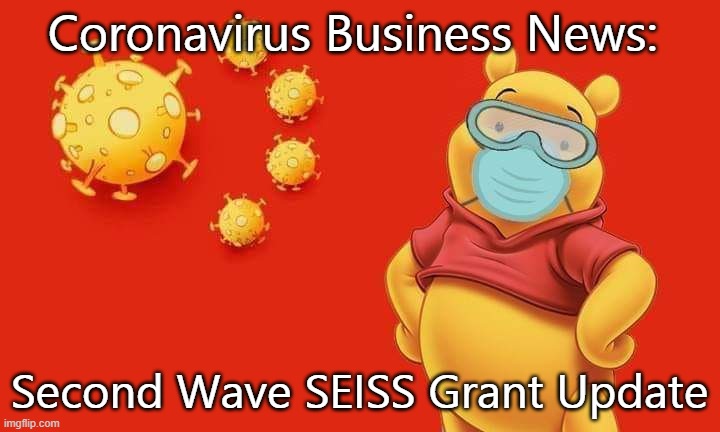 The Chancellor has opened up the Treasury’s coffers for the second wave of SEISS (Self-Employed Income Support Scheme). Now, it is clear that the guidance notes have been updated and reinforced.

At the time of the first claim, many applicants were so desperate to receive financial help that they didn’t read the small print and the government have now realised this. Any applicant for the second claim is now urged to read the rules governing any claim.

The critical condition for claiming the SEISS grant is that the business must have been adversely affected by the coronavirus pandemic, but what does this mean in practice?

The HMRC directions for both the first SEISS grant and the second require that a claim may only be made if the business has been “adversely affected by the health, social and economic emergency in the United Kingdom resulting from coronavirus and coronavirus disease”.

Unfortunately, the drafters of the rules governing SEISS claims neglected to define what they meant by ‘adversely affected’, so this term was left to HMRC to explain in their guidance notes.

What do the words ‘adversely affected’ actually mean?

Where there is no legal definition of a term in law, you have to interpret the words as they would be commonly be understood in everyday English.

To be ‘affected’ means to be changed by something. Affected in this case by the coronavirus pandemic, and by implication, changed negatively. The guidance tells us this can be through any of the three concurrent emergencies: health, social or economic.

The term “adversely” clearly suggests that the change must be in a negative direction, but just how negative, 5%, 10%, 20%?

HMRC have recently updated their guidance notes and have confirmed that there is no minimum threshold over which the business income or costs need to have changed. Thus, even a small drop in sales or increase in costs will allow the trader to assess that their business has been “adversely affected” honestly.

This means that even a small drop in turnover of say 5%, compared to last year is potentially valid. But you must be able to tie the 5% decrease in your turnover to the coronavirus pandemic and that you qualify for the SEISS grants, assuming of course that you meet the other conditions.

HMRC has made it clear that the taxpayer should make an honest assessment of the performance of his or her own business. However, the business owner should also keep records of how the business was adversely affected and having studied HMRC’s guidance notes in detail. These records could include:

If your turnover has risen, can you claim?

This question arose last week when a client told me that his profits are slightly higher than in the same period the previous year. He was adamant that his profits would have been even bigger after 14th July, if not for the coronavirus and wanted to know if he was eligible to claim the SEISS grant.

My answer was that if he can show that his costs have increased in 2020/21 compared to 2019/20 because of the pandemic, then he would qualify for the SEISS grant. The simple test, as HMRC have set out, is that either business income is lower or costs are higher, to qualify.

How would HMRC know if and when I was affected?

As part of the SEISS claim, HMRC asks the taxpayer to confirm that their business has been adversely affected by Covid-19. This is very similar to the declaration made on any tax return, in other words that the statements made in the document are true.

The HMRC Charter clearly states that HMRC will assume the taxpayer is telling the truth unless it has a good reason to think otherwise and taxpayers are truthful and act within the law. So, as verification spot checks will start later this year, only submit a claim if you have some evidence that you have been ‘adversely affected’.