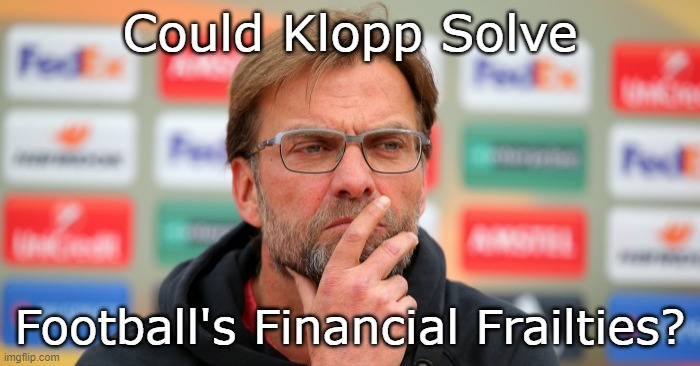 The coronavirus pandemic has laid bare the frailties of football finances at all levels, but the weakest clubs are clearly suffering the most; just ask Wigan Athletic.

Premier League and Championship football teams returned to action behind closed doors on 17th June in the face of huge financial repercussions from the coronavirus crisis. Since football leagues suspended their seasons in March, clubs have seen massive drops in their broadcasting, matchday and retail revenue streams – an experience that will be well understood by companies in other entertainment sectors, if not perhaps on the same scale.

Football’s mega-rich top tier has not been immune, with even a club the size of Tottenham Hotspur having to take out a £175m loan from the Bank of England to tide it over a cashflow gap. Spurs, together with all the other English Premier League (EPL) clubs are now legally required to pay a £330m rebate to Sky and BT.

And to make matters worse, not only have the EPL clubs to repay TV revenue they’ve already spent; with the rest of the season taking place behind closed doors, they will also lose out on matchday revenues from catering, retail and other operations that have been closed down since mid-March.

Presenting Manchester United’s latest financial results in May, executive vice-chairman Ed Woodward stated they had not laid off or furloughed any staff during the Covid crisis, and he revealed that as at 31st March, United had a £90.3m cash balance.

However last week he warned about the new economic realities facing the game. With having to repay some of the revenue from broadcasting, plus the fall-out from the football shutdown, the cash balance had disappeared, and it would not be business as usual for some time, he added.

Even the mighty Liverpool, who are currently Premiership, European and World Champions, are not immune. Liverpool CEO Peter Moore admitted that whilst the club had had a brilliant last 12 months, their financial reserves had been severely impacted; “We are like any other business; this has cost us,” he said. “As a club we are resilient and we will ride this out, but the lack of income has not only meant delays in completing our new Kirkby training centre but will also delay the planned expansion of Anfield to a 60,000+ capacity stadium.”

Business interruption insurance policies might payout for some, but the future resilience of many Championship clubs’ is threatened as they’d come to rely on their owners to bail them out in tough times. They will now have to hope that their owners have the means and the will to continue bankrolling them.

This was highlighted on 30th June, when Wigan Athletic, without the deep pockets of former owner Dave Whelan to bail them out, became the first professional club in England to enter administration since the beginning of the coronavirus pandemic and I suspect that they won’t be the last.

Distress in the lower leagues

In contrast to the top two tiers with their rich owners and hefty TV revenues, Leagues One and Two of the English Football League (EFL) have voted to end their seasons, except for playoff games for promotion and relegation. 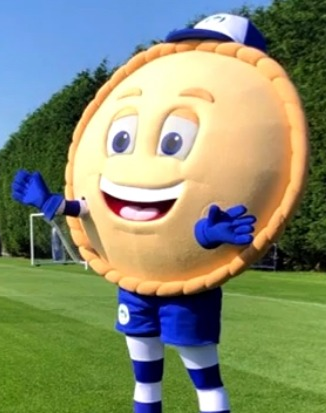 EFL chairman Rick Parry said clubs faced a “£200m hole” in their finances by September, acknowledging that some may go bust. “The aim is to make sure all the clubs survive, and we will be working 24 hours a day to make sure they do,” Parry told BBC Sport.

During the crisis, many lower league clubs have had to furlough non-playing staff, defer players’ wages and find other ways to cut costs. Kieran Maguire from Liverpool University pointed out that whilst income has plummeted, clubs were having to refund season tickets, and still had to foot enormous player wage bills and outstanding transfer fees. “They’ll be hurting quite a bit. It’s a big cash drain for clubs,” he said.

Insolvency specialist Begbies Traynor estimated that pre-lockdown, five of the EFL’s 71 clubs were in major financial distress following Bury FC’s expulsion from the EFL last August. “Unfortunately those clubs with wealthy foreign owners may not necessarily be immune from a disaster either,” said partner Gerald Krasner, “Overseas owners will be forced to respond to the effects of the global pandemic on their own finances and business interests, and for some that could mean that ownership of an English football club is simply no longer viable,” he said.

Krasner now estimates that at least 10 clubs in leagues 1 & 2 are in danger of financial collapse because of the pandemic. Rob Wilson, a football finance expert from Sheffield Hallam University, thinks it could be even worse, estimating that up to 16 league clubs could go into administration by the year’s end.

Rob Wilson described Covid-19 as “a test of the resilience of club finances”, with well-run clubs such as Shrewsbury Town, Plymouth Argyle and Accrington Stanley likely to fare better than others. “The pandemic unmasked the frailties of football finances in general,” he said. “So many clubs in the EFL run on a hand-to-mouth existence. Revenue comes in the front door and out the back door, purely on player wages.”

With 1,400 players in the EFL out of contract this summer, Wilson predicts wage reductions as clubs seek to manage their reduced income profiles. More loan players and free transfers are likely as clubs tighten their purse strings.

Rick Parry believes that with playing behind closed doors, (or possibly not playing at all) likely to continue into the 2020/21 season, further EFL relief schemes are likely to be needed to ease short-term cashflows while more financial fair play regulation will be necessary for the longer term.