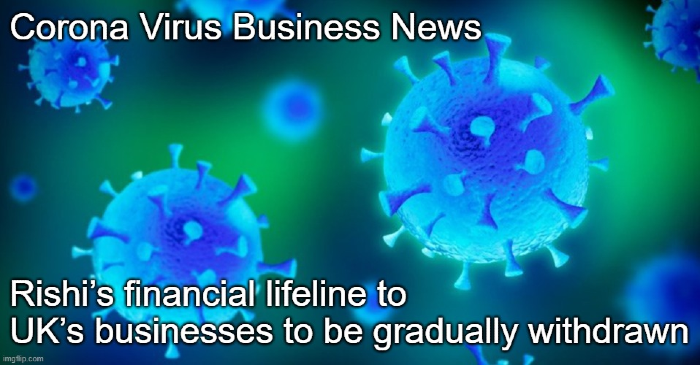 How the changes to furlough will be brought in

On Friday, the Chancellor Rishi Sunak announced plans to end both the coronavirus job retention scheme (CJRS) and self-employed income support scheme (SEISS), with the Treasury’ contributions gradually being withdrawn from 1st August.

When asked about the continuation of both schemes in the House of Commons on Friday, the Chancellor admitted that both the self-employed grants and the furlough scheme “cannot continue indefinitely”.

Then on Friday evening Mr Sunak gave more details of his plans during the Downing Street press briefing. He said that he intended to gradually reduce the taxpayer contribution towards the furlough scheme, but with the flexibility to bring employees back part-time in July.

“I believe it is right, in the final phase of this eight-month scheme to ask employers to contribute, alongside the taxpayer, towards the wages of their staff,” he said. And in a surprising twist, the Chancellor also committed to extending the self-employed equivalent scheme for the same period, with applications for the second and final grant opening in August, but at a slightly reduced rate.

How the changes to furlough will be brought in

The Chancellor started his speech by saying that he recognised that businesses had been through an “incredibly difficult time.” Then went on to reveal how the slow introduction of the employers’ CJRS contribution will work.

The furlough scheme will continue pretty much unchanged in its current guise, paying 80% of employees’ wages up to £2,500 with no employer contribution. However, from 1st August, employers’ will be required to pay a “modest contribution”.

In August, employers will have to start paying national insurance and employer contributions, which Rishi said accounts for approximately 5% of total employment costs. The most significant change comes into force on 1st September when the government furlough contribution drops from 80% to 70%, with the employer having to pick up the 10%.

The Chancellor reasoned that from this point, “employers will have had the opportunity to make any necessary changes to their workplaces and business practices”. Then from 1st October, the final stage of the furlough scheme, employers will have to pay 20%, with the government’s contribution shrinking to 60%.

Finally, he stated that on 1st November 2020, the government would no longer make contributions to assist businesses’ wage costs, and the scheme will come to an end.

Although employers will have to prepare for the inevitable end of the scheme, the Chancellor said that he’d listened to businesses’ request for more flexibility within the furlough scheme. He announced that he’s introducing a new element of the furlough scheme, to enable workers to return part-time while still being under the scheme.

He also said that this change would be introduced with effect from 1st July. To illustrate how the scheme will work, Mr Sunak used the example of how a furloughed worker could return for two days and would be paid as normal, while the government would cover the other three days.

However, Sunak added that the introduction of part-time furloughing means the scheme will have to close to new entrants from the end of June, as the flexible aspect is restricted to current furloughed workers. This gives employers only until 10th June to add any new employees to the scheme.

Unexpected extension to the self-employed scheme

The self-employed, as well as freelancers, have long urged the Chancellor to extend the SEISS in line with furlough scheme. And just when they thought that their cries had fallen on deaf ears, on Friday they were handed a lifeline, with news of a second grant.

The self-employed scheme will open for applications in August, but with the grant reduced to 70% of their average monthly trading profits. As with the SEISS scheme, the money will be paid in a single instalment covering three months’ average monthly profits up to £6,570, down from the £7,500 cap of the first grant.

The government has not changed the eligibility criteria for the second grant. As with the first version, individuals will have to confirm that they’ve been adversely affected by Covid-19. However, a self-employed worker does not have to have claimed the first SEISS grant to be eligible for this final handout.

The self-employed income support scheme has so far supported 2.3m people with claims worth £6.8bn. The first grant is still open for applications, but self-employed workers must apply no later than 13th July. 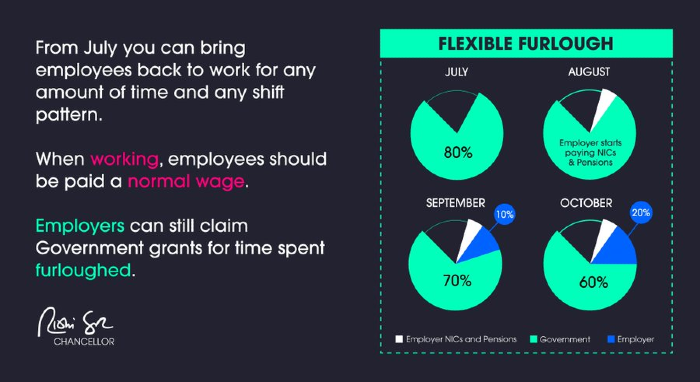 All the accounting bodies, as well as most business associations, lined up over the weekend to praise the government’s support. Mike Cherry, the national chair of the Federation of Small Business, called both schemes “a true lifeline for all those protected by them”.

Adam Marshall, the director general of the British Chambers of Commerce, said: “The gradual reduction in furlough contributions from the Treasury will give businesses additional time to rebuild their income streams and cash flows.” And Derek Cribb, CEO of IPSE said the SEISS extension was an “overwhelming relief to self-employed people”.

First announced in March, both the furlough and self-employed schemes have supported over eight million jobs and was initially stated to last for three months. Now that Rishi has extended the programme until the end of October, it will help significantly, as the UK gradually eases the lockdown and attempts to adjust to some form of normality.

A government factsheet on both schemes can be found using the link below. This fact sheet will be updated on 12th June giving further guidance on how to calculate claims:  https://assets.publishing.service.gov.uk/government/uploads/system/uploads/attachment_data/file/888764/Factsheet_for_SEISS_and_CJRS_schemes.pdf