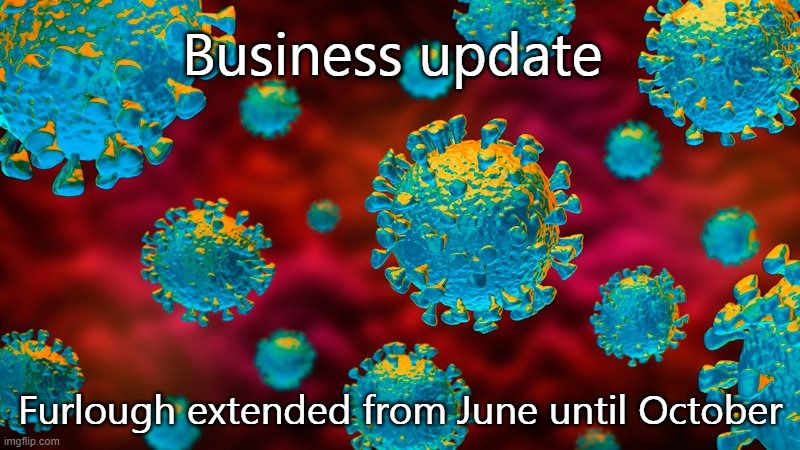 Chancellor Rishi Sunak made a significant policy announcement in the House of Commons on Tuesday afternoon 12th May.

His announcement while unplanned was expected at some time this month. Given Press reports of plans to ditch the furlough scheme at the end of June; Rishi moved quickly to show that the rumours have been somewhat exaggerated.

The truth is, scrapping the furloughed scheme never going happen, especially after the Bank of England stressed the scheme’s importance for economic recovery. Over a quarter of all jobs – 27%, 7.5 million in total, are now paid for by the taxpayer. And if you add to this total all directly or indirectly individuals employed by the government, civil servants, NHS staff, the armed forces, to name but a few; at the moment over 50% of the UK’s workforce is paid by the Treasury.

No government can sustain this level of employment subsidy, which was the starting point for the press speculation. So, what exactly does Rishi plan to do?

The Chancellor announced that the CJRS scheme to pay wages of workers on furloughed leave because of coronavirus will now be extended from June until at least 31st October, with employees continuing to receive 80% of their monthly wages up to £2,500.

There was, however, a sting in the tail as Mr Sunak made it clear that he will be asking all companies on the scheme to “start sharing” the cost from the beginning of August.

It is likely that by August, the scheme could start to look quite similar to longer standing wage subsidy programmes seen in many European countries, e.g. Germany. The cost of the scheme to date is already approaching £20bn. This extension will add tens of billions more. Still, it is almost impossible to put a precise number on this given the lack of detail on the “employer contribution”.

Rishi also stated that he was making the scheme more flexible, with employers currently using the scheme now being to bring furloughed employees back part-time or for training, without losing all of the grant.

Furlough scheme extension: Was there an alternative?

Yes, the Chancellor could have said that with the likelihood that most employees would be back at work by the end of July, businesses would have to stand on their own feet. This, of course, would undoubtedly have seen unemployment skyrocket.

Yes, the furlough scheme is costly. Still, the cost of allowing unemployment to reach levels not seen since the 1930s would be almost as costly. It would be almost sure to be even more damaging to the country and its finances in the long-run.

Also, it is worth remembering that without the scheme’s extension, many businesses would have begun the mandatory 45-day redundancy consultations this week. The question now is how many companies still see this as a bridge to some normality where furloughed staff can be phased back into their old jobs.

Furlough scheme extension: Is it too late for some?

Regrettably, yes. It is becoming increasingly clear that even with this extra help, some industries will not return to normal for conceivably many years, if ever. The hospitality industry, especially pubs and restaurants and any business in the holiday and travel sectors, come to mind.

Industry experts in the hospitality sector are predicting carnage in the pub and restaurant sector, with predictions that up to 25% of them will never open their doors again.

Others have already started to retrench to what they expect to be the new normality, with British Airways and Virgin Atlantic both announcing that they’re pulling out of Gatwick Airport and making several thousand staff redundant. P & O announced 1,000 redundancies yesterday and Carnival Cruises, which includes Cunard, saying that whatever help the Chancellor provides it is certain that significant redundancies are inevitable.

For these industries, all that the Chancellor’s announcement has done is to buy most workers more time.

The initial reaction has been overall quite positive, with the business group the British Chambers of Commerce saying the move would bring “significant relief” to employers and workers. And Stephen Phipson, CEO of manufacturing group Make UK, said it would avoid “a looming cliff edge triggering significant redundancies for many companies and recognises the need for greater flexibility as the economy fires up.”

However, he warned that there was no “silver bullet” and that both government and industry would have to be flexible.

There was also support from the TUC, with general secretary Frances O’Grady saying the extension “will be a big relief for millions”. But she added: “As the economic consequences of Covid-19 become clear, unions will keep pushing for a job guarantee scheme to make sure everyone has a decent job.”

I welcome the Chancellor’s proposals, which will be a relief for employers and employees alike, knowing that there won’t be a cliff edge on 30th June. But as usual, the devil is in the detail, and how the phasing in of “sharing the cost” will operate, has not yet been announced.

Employers up and down the land will be asking questions like; How much will I have to contribute, will my share be on a sliding scale, as my business still faces restrictions can I still get 100% of the grant, etcetera, etcetera.

I don’t know the answers yet, and I suspect that Rishi doesn’t either, but with Tuesday’s announcement, he’s made a decent start.