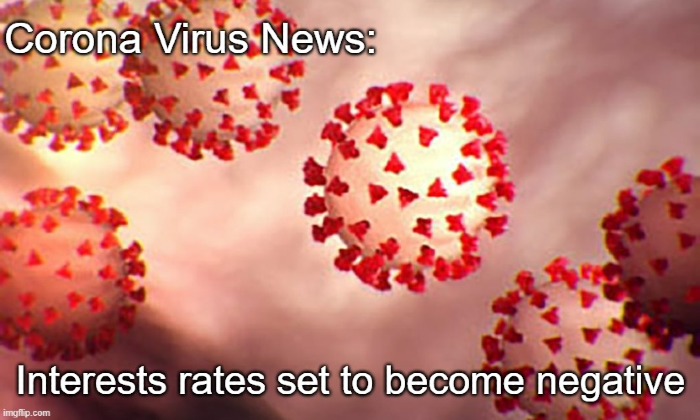 Many countries are being forced to use extreme measures to keep their economies afloat amid the coronavirus crisis. Now, the Bank of England has signalled that it may take the cost of borrowing from its present 0.1% to below zero.

Last month, the Bank started an investigation on how negative interest rates could affect banks and the wider economy in the UK. In particular, they are looking at the genuine possibility that you may have to pay your bank to save your own money.

We could wake up to a world where millions of savers are penalised. Penalised for doing what governments of both political hues have urged us to do for decades. While perversely, borrowers are rewarded for getting into greater debt?

Has the world gone crazy?

What exactly are negative interest rates?

All overdrafts, loans and mortgages are based on this rate plus a percentage, which represents high street banks and other financial institutions’ margin of profit.

High street banks, building societies and the like also use the Bank of England base rate to determine how much interest they pay to savers.

The Bank of England usually lowers interest rates when it wants people to spend more and save less. It cut them to a fresh low of 0.1% in March to try to stimulate the economy amid the coronavirus pandemic.

In theory, taking interest rates below zero should have the same effect, but in practice, it’s a tad more complicated. After all, why would anyone pay to stash money in a savings account or lend someone money, when they can keep the cash at home for free?

Why is the Bank considering negative interest rates now?

The Bank of England’s primary job is to keep prices across the economy rising steadily every year. This is known as the Bank’s inflation target, which is set at 2% by the government. Inflation, as measured by the consumer prices index (CPI), fell to 0.8% in April, virtually half from March’s rate of 1.5%.

While this means the pound in your pocket stretches further right now if inflation remains low for too long, bosses start factoring that into pay rises; this, in turn, dampens consumer confidence and spending. Central banks have been cutting interest rates for years to spur inflation to stimulate consumer spending.

But as rates approached zero across the developed world, several countries went a step further. Sweden, Switzerland, Japan and the 19 nations of the eurozone all took interest rates below zero. In Switzerland, a negative interest rate of -0.75% has also helped to discourage investors from pouring money into the country during times of uncertainty. 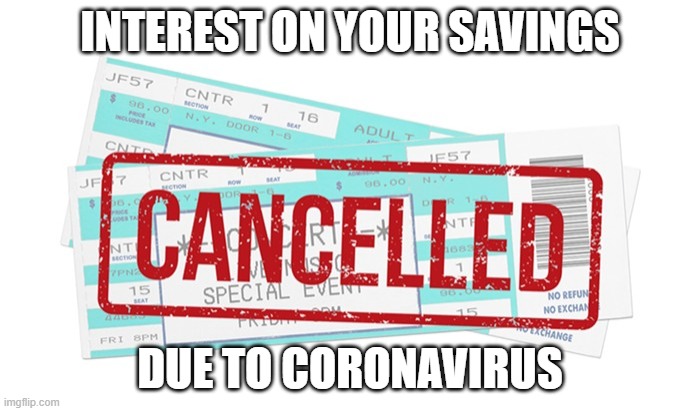 Negative Interest Rates: How will savers be affected?

British savers have already seen their returns dwindle in recent years, and according to the Bank of England, in April the average UK instant access account paid just 0.45%. If you think that’s bad, last week  I received a letter from my bank saying that they regretted having to inform me that the interest on my ‘rainy day’ saving account was being cut to a miserly 0.1% on 1st June in common with all the big banks.

Even the accounts that require you to lock your money away for a minimum of 1 year and typically for two, only currently offer an average return of around 0.9%. In countries with sub-zero interest rates, such as Sweden, commercial banks have passed the negative rates on to big companies. However, the evidence suggests there is a much higher bar to pass the pain on to ordinary savers.

Christina Nyman, the chief economist at Swedish lender Handelsbanken, says charging savers to put money in their accounts is seen as “taboo” in Sweden. She says: “Competition is fierce, and households are ready to move their money to another bank, so nobody wants to lose business.” Swiss banks UBS and Credit Suisse only impose negative rates on deposits of more than 2 million Swiss francs.

And in Germany, most banks have imposed charges on deposits above €100,000 (£90,000), this has resulted in an increasing number of people, stashing their money away in vaults.

Negative Interest Rates: How will borrowers be affected?

A negative rate of mortgages already exist. Last year, Danish bank Jyske announced that it would effectively pay borrowers 0.5% a year to take out a 10-year loan. James Pomeroy, an economist at HSBC, says this was only possible because when someone in Denmark applies for a home loan, Danish banks act as a middleman between borrowers and investors.

“In Denmark, the banks don’t take the hit, investors do,” says Mr Pomeroy. “Banks are then charging higher product fees, so have actually made money off of this.” But negative rate mortgages are unlikely to be offered in the UK any time soon.

When the UK slashed interest rates to 0.5% in March 2009, some borrowers thought they could be in line for a payment. Around 1,500 Cheltenham and Gloucester customers had a mortgage that tracked 1.01 percentage points below the Bank of England base rate. But any prospect of a windfall was quickly dashed when financial regulators described interest payments as “a one-way obligation on the borrower”.

Do negative interest rates have any side effects?

Negative interest rates hit bank earnings by squeezing the gap between the money they make on loans and what they pay to savers, and If not passed on to customers, negative rates would hurt bank profitability. They also pose a particular challenge to building societies, which hold around 20% of the money in British savings accounts. While commercial banks can access cheaper borrowing by tapping financial markets, building societies must raise at least half their funding from individual savers.

One advantage in the UK, compared to the 22 countries that have introduced negative rates thus far, is that we’ve seen strong coordination between the Treasury and the independent Bank of England in terms of their crisis response measures. As long as accompanying negative rates is continued support to the banks and other financial institutions, this will help cushion the negative impact of the policy in the broader banking sector. But only time will tell, so let’s hope that we do not go there!