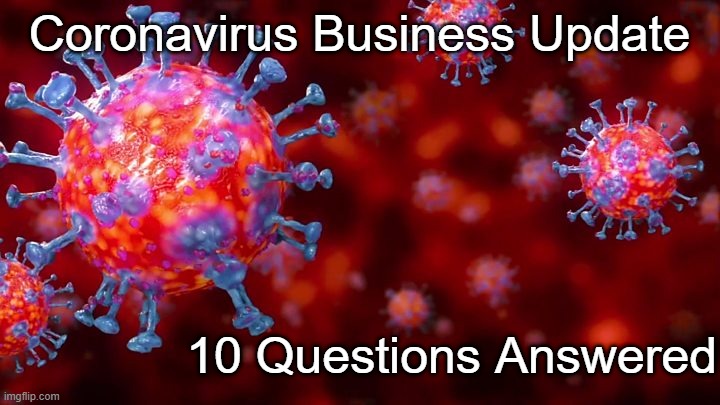 During COVID 19 crisis, I am publishing bi-weekly Blogs focused on Small business. When there is some genuine changes or news that help businesses and individuals, you will be the first to know.

Sometimes after a Government announcement, and it can be several days later, the small print starts to emerge, which can often put a somewhat different spin on things.

Today, I will briefly run through the key announcements, providing any additional information that I’ve gleaned from my investigations.

The scheme has been up and running for five days now, and anecdotally it seems to be working well, albeit slowly because of the number of hoops you have to jump through! There continues, however, to be much confusion about exactly what “on the payroll” meant for claiming the CJRS grant. Initially, to be eligible for the CJRS scheme, an employee had to have been on their employers’ payroll submission to HMRC on February 28th. Still, on Monday the Chancellor changed the cut-off date to March 19th.

Whoopee, you might think for anyone who started a new job on March 1st before the lock-down was even considered, let alone, implemented. I’m sorry to burst your bubble, but you are wrong unless you’re paid weekly, which very few are these days. The catch is that your employer needs to have made an RTI or payroll return before the new date. As most people are paid monthly, with paydays at or near the month’s end, the extension doesn’t help. So come on Rishi, make a further amendment to the scheme.

Rishi Sunak has now confirmed that SEISS has been extended to 4 months, bringing it in line with CJRS. He has not yet, however, confirmed how HMRC would contact you but expect contact from them starting in early May. One thing we do know for sure, it won’t be by text message; so, if you get one purporting to be from HMRC, it’s a scam.

The thousands of individuals who became self-employed during the last tax year are amongst 9% of the population who don’t qualify for either CJRS or SEISS (Self-Employed Income Support Scheme). The only advice these unfortunate individuals were given, was to apply for Universal Credit.

Well, I have some good news, at least if you live in Scotland, as the Scottish Government has announced £100m of support to help newly self-employed Scots. I can’t promise, but I suspect that the pressure will rapidly grow on the Chancellor, to do the same for England.

If you are contracted to get extra money on top of your basic salary, such as sales commission, fees or guaranteed overtime. It will count towards your salary when 80%, up to £2,500/mth, is being worked out. However, discretionary commission, such as tips, ‘tronc’ or bonuses, is not included.

Last month, when announcing his package of help for businesses, the Chancellor said that VAT payments due before June 30th 2020 will not now need to be made until March 31st 2021, with no interest charged in the deferral period. But do not forget to cancel any DDM’s set up to pay your VAT.

VAT deferment was great news, but unfortunately, Rishi forgot that the VAT quarter which ended on February 28th, payable the first week of April, was not included. However I’m pleased to tell you that after an hour waiting on the ‘phone, I was able to speak to a senior HMRC official today and he informed me that as a concession. HMRC is also allowing these payments to be deferred until March 31st 2021.

Anyone in dire straits can get can a credit card or loan payment holiday just by asking and it will typically be granted for three months. But only do so in an emergency, as it still leaves the interest charge racking up. My advice, assuming that your credit score hasn’t been damaged too much, is to search out the available 0% balance transfers. Consumer champion Martin Lewis has a handy guide to help you, visit: https://www.moneysavingexpert.com/credit-cards/balance-transfer-credit-cards/

After much cajoling, not least by Martin Lewis, the FCA recently announced an urgent consultation to end the patchwork help on offer. The consultation has now completed with the new rules coming into force on April 27th.

The full details have yet to be announced. Still, it is clear that payday loans will have an automatic one-month payment holiday, with interest charges suspended for three months. Car loans companies will give you a 3-month payment holiday just by asking, but as interest still racks up, only do it if there’s no other option.

Pawnbroking, buy-now-pay-later and rent-to-own, will also allow 3-month payment holidays from next week. Also, pawnbrokers won’t be allowed to sell your goods during the payment holiday.

If you have an authorised overdraft, you now have the automatic right to ask that £500 of your overdraft is at 0%. Additionally, if you don’t yet have an agreed overdraft, most banks will grant a £500 overdraft. If you have a decent record with them or you are on one of the income replacement schemes, SEISS or CJRS.

If you have a child going to university and your income has substantially dropped, let Student Finance know. The full amount of tuition fees are automatically eligible for a loan, merely by applying. However, the amount of the maintenance loan, which covers living costs, is means-tested depending on household income. The funding is based on information from the 2018/19 tax year, but as many people will have seen substantial income drop, you need to complete a current year income assessment and can do so at: https://www.gov.uk/support-child-or-partners-student-finance-application/current-year-income

Under ATOL protection, as set out by the UK Civil Aviation Authority (CAA), you have a legal right to a refund for cancelled flights and holidays. I had a flight booked with Jet2 cancelled, and they have already refunded the cost.

Unfortunately, a handful of companies are playing fast and loose with refunds, with the two main culprits being TUI and surprise, surprise, Ryanair. Both companies have offered refund vouchers for flights and holidays taken in the next 12 months but paid precious little in the way of refunds.

Both companies have been reported to the CAA and Trading Standards, but rather than wait; I would go on: https://www.caa.co.uk/ATOL-protection/Make-an-ATOL-claim/Making-an-ATOL-claim/ which should speed up your refund considerably.