Coronavirus: What help can self-employed workers get? 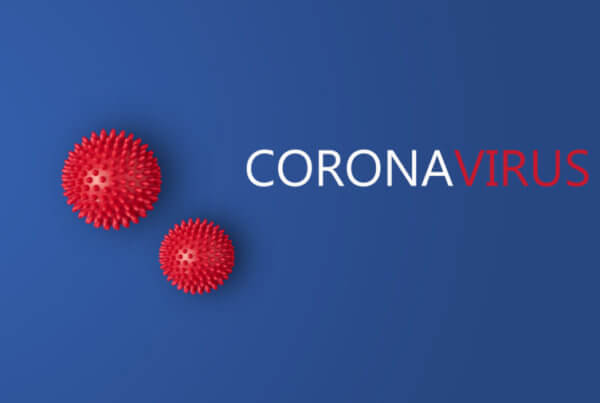 The coronavirus threat to business

Finally, we’ve now had the long-awaited announcement by Chancellor Rishi Sunak, on what he will do to help the UK’s self-employed affected by the coronavirus outbreak.

Millions of self-employed individuals, including those in partnerships, will receive direct cash grants, through a ground-breaking UK-wide scheme to help them during the duration of the Covid-19 epidemic, the Chancellor announced today.

The support for the self-employed is called the Self-Employed Income Support Scheme, with those eligible receiving a cash grant worth 80% of their average monthly trading profit over the last three years, up to a maximum of £2,500 per month. This covers 95% of people who receive the majority of their income from self-employment.

This brings parity with the Coronavirus Job Retention Scheme (CJRS), announced by the Chancellor last week, where the Government committed to pay up to £2,500 each month in wages of employed workers who are furloughed during the outbreak.

The majority of the self-employed, whether they are in a building trade, cleaners, musicians, hairdressers etcetera and a number of other individuals, will be able to apply directly to HMRC for the taxable grant, using a simple online form, with the cash being paid directly into your bank account.

What the Chancellor Rishi Sunak said:

To qualify for the scheme, more than half of your income, over the three years, must come from self-employment.

To minimise fraud, only those who are already in self-employment and meet the above conditions will be eligible to apply; but HMRC has said that you should not contact them directly at the moment.

Apparently HMRC’s plan is to use existing information to check potential eligibility and invite applications once the scheme is operational; as well as providing guidance on how to apply and details of what additional information they might need.

The income support scheme, which is being designed by HMRC from scratch, will cover the three months to May. Grants will be paid in a single lump-sum instalment covering all 3 months and will start to be paid at the beginning of June.

The scheme only covers the 3 months of March April and May but will be automatically extended if the Chancellor deems it necessary. This I believe, is almost certain to happen as the Chief Medical Officer has predicted it will be September at the earliest before we can reasonably expect life to begin returning to normality.

What can you do whilst you wait for the grant?

The Chancellor has said that because he has strengthened the welfare safety-net with a £7 billion boost to Universal Credit; if you cannot survive until June, you should apply for Universal Credit, with advance grants at an enhanced rate, being made available.

Last week the Chancellor announced a number of other measures, which included:

(CJRS =Coronavirus Job Retention Scheme, The CJRS applies to designated affected employees on PAYE who are “furloughed” instead of being laid off and will be known as “furloughed workers”.  Employers can apply to HMRC for a grant to cover wages for their employees, which will cover up to 80% of the salary costs of retained employees to a maximum of £2,500 each. This will include employer’s national insurance contributions and employer’s pension contributions.)

I must admit, Mr Sunak has gone a lot further than I expected and has offered the self-employed (SE) the same level of help as those in PAYE employment. There is however one huge difference, employees will get their pay packets at the end of this month, 30th April and 31st May whilst the SE will still be waiting.

There are also a couple of stings in the tail for the SE; firstly, the payments starting in June are described as taxable grants, which mean they will be subject to tax and NIC. What isn’t clear is whether HMRC will deduct the tax from the ‘grant’ or wait until your next tax return is filed.

Secondly, the Chancellor in his speech spoke of ‘equalling up, the tax playing field’ for the SE, without specifying exactly what he meant. I can only imagine that as the SE pay Class 4 NIC on profits at a rate of 9% on earnings up to £50,000 gross, whilst employees pay 12%, he intends to raise the Class 4 rate; but to what, 10, 11 or 12%?

Whilst the Chancellor wouldn’t say which rate he intended to go for, he gave a broad hint that it was likely to be at the top end of the three choices. If that is what he does, I sincerely hope than he also abolishes the additional rate of NIC paid by the SE, namely Class 2 NIC of £3 per week and allows them to claim for the various benefits open to employed individuals but denied to the self-employed.

If anyone reading this Blog needs more targeted advice or assistance in putting a letter together for their bank or possibly landlord, contact me and I will do my best to help.

Also, as and when more information from HMRC becomes available I will post updates on our website as well as my regular weekly Blog, posted on the website on Fridays.