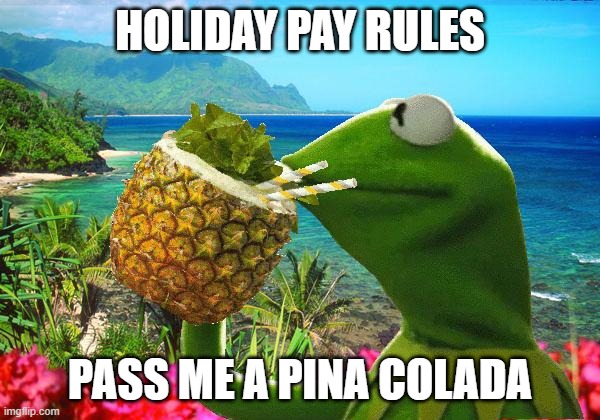 What is included in holiday pay

A case concerning voluntary overtime and a change to the employment rights regulations, which have combined to give payroll professionals a headache when calculating holiday pay.

What exactly is a week’s pay?

The Working Time Regulations give workers the right to a minimum of 5.6 weeks paid annual holiday, and this holiday pay is calculated based on two distinct elements. Regulation 13 provides for four weeks annual leave; and regulation 13A for the additional 1.6 weeks for UK Public holidays.

However, the definition of “week’s pay” can be different for these two portions of holiday pay. Pay for the first four weeks reflects a series of cases decided both in the UK domestic courts and in the European Court of Justice. But pay for the remaining 1.6 weeks is calculated as determined by the worker’s contract of employment.

A 2012 court case determined that other pay elements that were “intrinsically linked to the performance of the duties” so had to be included in holiday pay. The 2012 ruling ensured that the employee was not financially worse off while on holiday. Reducing pay while taking a holiday could act as a disincentive to take annual leave. It was thus defeating the purpose of the EU Working Time Directive, which is primarily a health and safety measure.

Since 2012, the UK courts have decided that “normal remuneration” includes: commission, attendance and productivity bonuses, travel-time allowances, payments related to professional or personal status (e.g. long service), guaranteed/contractual overtime, overtime that must be worked if requested by the employer, and even voluntary overtime.

Bringing us back to the present day, a recent case involving the East of England Ambulance Service Trust, centred on the definition of voluntary overtime. It considered whether this should be included within the meaning of “normal remuneration” in the EU Working Time Directive. It took it to the Court of Appeal. Still, such was the financial implications for the NHS, and the Ambulance Trust felt it was important to seek clarity.

The Trust’s appealed on a distinction between different types of voluntary overtime: shift overruns and additional voluntary shifts. The employer accepted that shift overruns (where the paramedics had to continue working if they were involved in an emergency call at the end of their shift) should be included in the calculation of holiday pay. The Thrust did not agree that holiday pay should consist of additional hours that the employee agreed to.

The Court of Appeal dismissed the Trust’s appeal. It ruled that there was no distinction in the two types of overtime and that as both could be paid on a “regular and settled” basis, they should be treated as “normal remuneration”.

Holiday Pay: Average over a year

Once an employee has pay that varies, even just due to additional pay elements, the Employment Rights Act, s 222 says that their holiday pay is calculated based on the average pay over the 12-week period ending with the week immediately preceding the date on which their holiday begins, however from 6th April 2020, this 12-week averaging period will be extended to 52 weeks.