Tax on Foreign Earnings: Who declares you or your accountant? 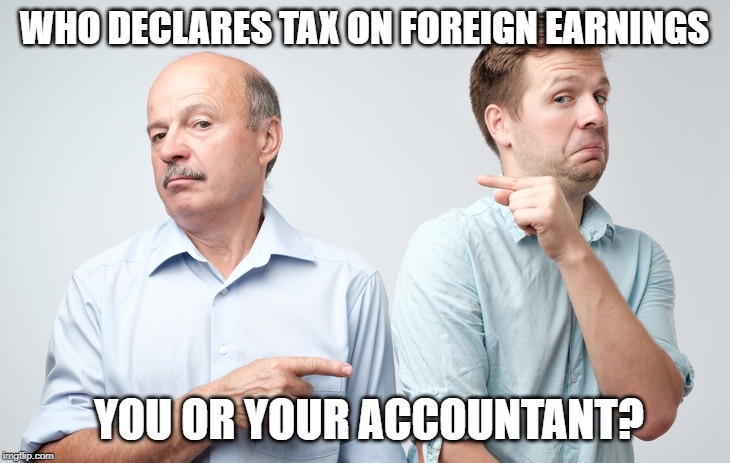 Picture the scenario: a taxpayer was under investigation for non-disclosure of foreign earnings (income from letting out a holiday home in Spain). The enquiry settlement letter included the following paragraph:

“In order to help me consider the behaviour involved and establish the penalty position, I would ask that you please state what systems were in place for the filing of your tax returns i.e. did you provide your accountants with information/documents and ask them to prepare your returns, did you ask them to prepare your return and then supply them with information/documents which they asked for, did your accountants send you a copy of the intended return for you to check before authorising its submission, did you meet with your accountants to discuss your tax return before/during its completion to check what was being returned.”

HMRC is clearly asking for a timeline and confirmation that the client had been proactive rather than inactive in supplying information to the accountant (including the missing foreign earnings). By asking this, HMRC wants to find out how careful the client was in the preparation of the return, which in turn will determine the amount of penalty charged.

It’s possible that the accountant may have made a mistake, but the problem for the accountant in preparing a client’s tax return is that if he/she didn’t know about the income in the first place then it’s difficult to ask for it.

Declaring Tax on Foreign Earnings: What’s in the Taxes Acts or HMRC manuals?

Careless is defined for penalty purposes as a failure to take ‘reasonable care’ and penalties for careless behaviour range from Nil to 30% depending on whether the disclosure was prompted or not. If the taxpayer is deemed to have been careless then the 15% penalty is the usual percentage levied but should it be possible to prove that the taxpayer did take reasonable care, then no penalty is levied.

Unfortunately, there is no statutory definition of what constitutes ‘reasonable care’ but HMRC’s view is that it depends on the person’s particular abilities and circumstances, if, for example, a taxpayer who usually has simple, straightforward tax affairs encounters a transaction or event with which they are unfamiliar but does not declare the transaction, then HMRC may argue that they had not taken reasonable care unless they can prove that they carefully researched the correct tax treatment or had sought appropriate advice.

In this case, the inspector was relying on his Compliance Manual to decide on whether or not to penalise the taxpayer and the relevant paragraphs are:

“Where a person has asked somebody else to do something on their behalf, that person is responsible for ensuring that the other person carries out the task. They cannot claim they had a reasonable excuse merely because the task was delegated to a third party and the third party failed to complete it. We expect the person to take reasonable care to explain to the third party what they require them to do, to set deadlines for the work and to make regular checks on progress, reminding where appropriate”.

“In deciding what circumstances give rise to a penalty being payable: the reasonable excuse (reliance on another person) assumes that the adviser is an apparently competent professional adviser and has been provided with all relevant documents.”

Declaring Tax on Foreign Earnings: What does this mean in practice?

The inspector’s Compliance Manual focuses on the actions of the taxpayer rather than those of his accountant and so long as the taxpayer acted reasonably in relying on the accountant, then they should not be penalised for any shortcomings of their accountant.

HMRC will not usually accept that the taxpayer has acted reasonably unless they can show that they closely oversaw the agent’s procedures at all stages (EG asking whether the return has been submitted and asking for proof).

Declaring Tax on Foreign Earnings: What happened in this case?

The taxpayer stated, correctly, that they had told their accountant that they had a holiday home in Spain, which they sometimes let out, but claimed that the accountant had not asked for more details. 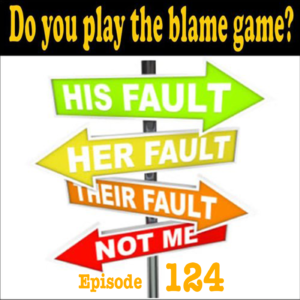 They also claimed that they had scrutinised their tax return and noted that the box relating to foreign earnings was not ticked and had therefore relied on their accountant’s knowledge that no tax was payable on foreign earnings.

Unsurprisingly, the inspector then wrote to the accountant highlighting the taxpayer’s assertions and asked for any evidence available that could relevant when deciding on whether or not a penalty was applicable.

Luckily for the accountant, he had kept emails in which the taxpayer had been specially asked what rental income had been received in the tax year and had been told (by email) that the only payments received were merely reimbursements of costs incurred by friends and family who had stayed in the villa.

The inspector, clearly miffed, that he had been lied to by the taxpayer decided that the actions were deliberate and imposed the top penalty of 30%.

Clearly, there are lessons to be learned by both taxpayers and accountants.

In the case of taxpayers, make sure that you provide all relevant paperwork and information to your accountant and document it. Secondly, don’t just sign the tax return assuming that everything has been included that is relevant, check it before you sign it, accountants are only human and can make mistakes.

As an accountant, it never ceases to amaze me how quickly a client can develop amnesia, as soon as a letter from HMRC drops through their door. So to my professional colleagues, my advice is to keep clear and contemporaneous file notes of any discussions with your clients, as well as any relevant emails and letters as unless you do, you will not only lose a client, have to pay compensation but there will be an unfortunate knock-on effect, as HMRC are likely to put you and your other clients under the microscope!
If you would like more detailed information on some aspect of UK Tax, send me an e-mail and I’ll be pleased to advise further.