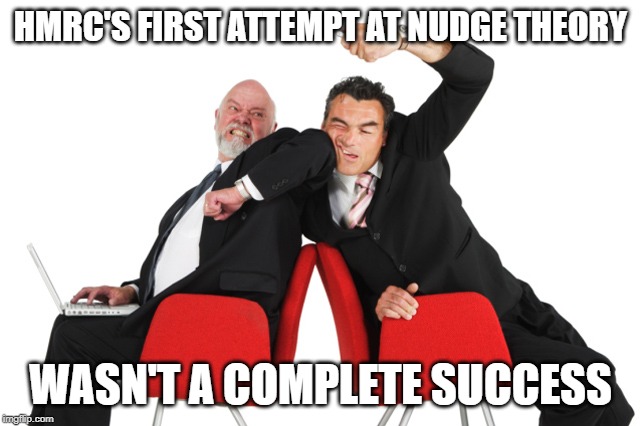 Nudge theory is a concept in behavioural science, which proposes positive reinforcement and indirect suggestions as to ways to influence the behaviour and decision making of groups or individuals.

Now HMRC has discovered this new concept and undertook an experiment on VAT, by incorporating a nudge message into the VAT return process and collected a fair chunk of additional VAT from traders.

The experiment by HMRC was undertaken to test whether digital prompts would encourage traders to review their VAT returns before submission, with the hope that this would reduce the number of errors on the return. The first stage of the trial ran for a year from September 2018, and the next stage is beginning around now.

HMRC had selected a random group of VAT-registered traders for the trial. I don’t know exactly how many were selected but anecdotally, it was a sizeable number. Additionally, none of the traders chosen were told that they were taking part in an experiment.

Half of the group saw a checkbox when they (or their accountant) submitted their VAT return through the HMRC online portal, which asked the trader to agree with this statement: “I can confirm that I have checked that the calculations used to produce these figures are honest and accurate.”

The system automatically completely blocked further progress in submitting the VAT return until this new box was ticked.

All of the remaining traders in the selected group were used as a control population and did not see any additional messages while submitting their VAT returns. 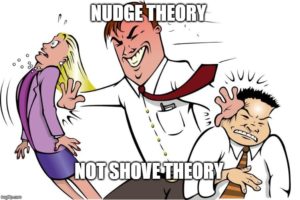 When it became abundantly clear to HMRC that their experiment in nudge theory had not escaped the attention of accountants they came clean in September, a year after the experiment had started.

Spokesperson for HMRC Heather Langtree, claimed the trial was to see if this tick-box would have any effect on the accuracy of VAT returns submitted and claimed that by HMRC’s calculations, they had collected an additional £331 million in additional VAT.

Increasing numbers of accountants had noticed that a significant number of their clients’ online VAT returns had this new checkbox, but many other VAT returns did not.

The wording of the confirmation statement caused some concern and amusement, in equal measures. What exactly could HMRC mean by “honest” in this context?

Other accountants have expressed their concerns that by completing the confirmation statement their firm, or even the individual staff member who submitted the VAT return, could be held responsible for the client’s figures.

Ms. Langtree was then directly asked whether she had figures on the difference between VAT returns submitted by traders themselves as opposed to thus submitted by accountants.

She admitted that no such analysis had been done, but then went on to say that the experiment was continuing and that HMRC would publish the results in late 2020.

WH Smith’s Bad Tax Advice
UK Tax Questions Answered by Shrewsbury Accountant No.23
Is it now time to switch from VAT to a Sales Tax?