Boohoo; HMRC are taxing my freebies 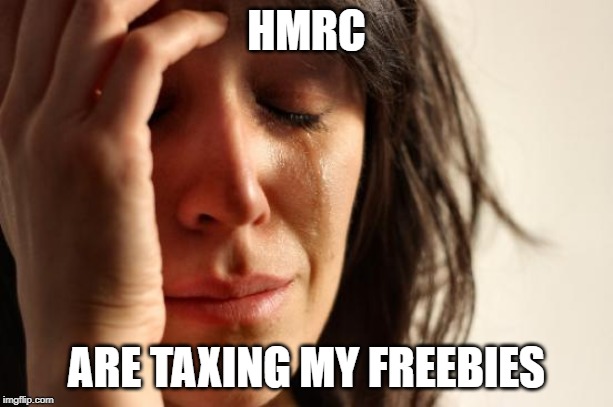 Over the last three years, HMRC has provided various “interpretations” of the rules for trivial benefits in the last three employer bulletins, as it apparently views those rules as too generous.

From 6 April 2016, the government introduced a new exemption for trivial benefits. Most accountants were encouraged by this new law as it provided welcome clarity of the value of benefits which could be classed as trivial, and the fact that gift vouchers were allowable if provided for appropriate reasons.

The introduction of the exemption had been delayed by a year because of concerns that the extension might be abused, particularly by small limited companies run by one, or just a small handful of connected individuals.

To this end, these companies were given an annual exemption cap of £300, rather than unlimited trivial benefits which can be provided to employees, as long as each individual event meets the terms of the exemption.

This year the employer bulletins have come out thick and fast:

August 2019
This was merely a simple restating of the rules and contained nothing contentious.
October 2019
This bulletin focused particularly on a sequence of benefits with two examples relating to employers providing a benefit over a number of months during a tax year. On each occasion that the benefit was provided the value was under £50, but the overall cost of the benefit exceeded £50, so the trivial benefits exemption was not appropriate. This was arguably a reasoned interpretation of the legislation.
December 2019
However, In the December 2019 Employer bulletin, issued last week, HMRC went much further and said that any benefit provided regularly would fail the exemption as the employees would have a ‘legitimate expectation’ of its provision.

This is the first time that a legitimate expectation condition has been referred to in relation to trivial benefits by HMRC. The legislation says that one of the conditions for the exemption to apply is that: “the employee is not entitled to the benefit as part of any contractual obligation”.

HMRC’s own employer guidance on trivial benefits simply says for the exemption to be appropriate: “it isn’t in the terms of their contract”. This was reiterated in the August Employer bulletin when HMRC says: “Is there a contractual obligation to provide the benefit? A good test is whether your employee would have legal grounds to object if you didn’t provide the benefit”.

My interpretation of this comment is that if it isn’t in an employee’s contract, it is not a contractual obligation and therefore not taxable. However, seems that HMRC has decided that if employees think that they may have a “legitimate expectation”, it can be considered by the Inspector.

Trivial Tax Benefits: Is a sticky bun a meal?

The example given by HMRC of a legitimate expectation of an employee is the provision of a Danish pastry every Friday. This is a little odd as there is a catering exemption in the main manual that requires that a “meal” is provided to all employees at one location, but not on every day of the week. It defines a meal as “a combination of food and drink”. If the employer provided a coffee and a cream cake every Friday, that would that be exempt as catering? Equally, would employees have “legal grounds to object” if cakes were withdrawn?

This was said last week by an HMRC spokesperson; “the main reason the exemption was introduced was to remove the administrative burden for employers in reporting the small amounts involved”. It’s now becoming clear that what had seemed a pragmatic solution to the fact that many employers had never reported low-value benefits on an employee’s P11D or included them in a PAYE settlement agreement, has now become too well utilised.

Presumably, it is the greater use of these ‘petty exemptions’ that has piqued HMRC’s interest and the concern that there is a potential loss of tax to the Revenue.

I deal with a fair number of small limited companies (SME’s), most with just two directors and who typically employ around a dozen people. Since the introduction of the exemption in 2016, my experience is that they are blissfully unaware of the trivial benefit exemption, so they have been completely ignoring them! I’ve not come across any of these SME’s being challenged on “legitimate expectation” during any of the ten routine PAYE compliance checks I’ve been involved with over the last 3 years.

Unfortunately. on the basis of the last three issues of the employer bulletin, it certainly seems to be on HMRC’s radar and I just hope that common sense is restored to this subject so that there really is the reduction in the admin burden for SME’s promised by the government.