Divorce can be very taxing 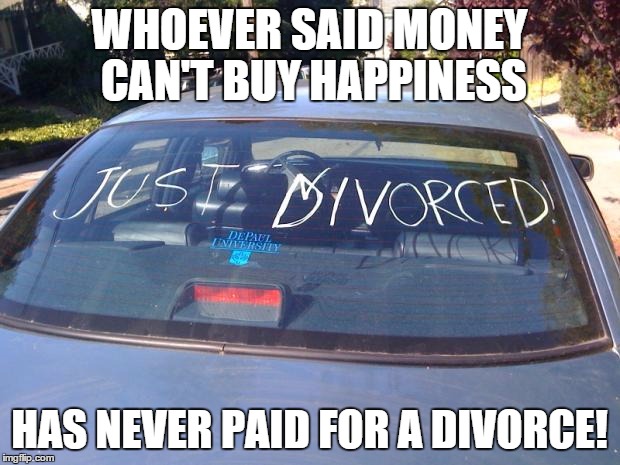 Divorce can be very taxing

It’s an uncomfortable fact that one of the many painful aspects of divorce is the potential tax bill at the end of the process. As an accountant, I have regularly assisted a divorcing couple understand and manage the tax implications which usually helps de-stress the unfortunate situation they find themselves in.

According to the Office for National Statistics (ONS), a staggering 42% of all marriages will end in divorce. Given the emotional rollercoaster for either spouse (or civil partner), you cannot blame them if they have not considered the potential tax bombs that could be triggered on divorce.

Most accountants have a good depth of knowledge on the subject and should be able to provide expert advice to lawyers and separating couples on the financial implications of divorce.

And not wishing to have a go at members of the legal profession, but it’s a fact that the charging rate of an experienced accountant is usually around half the rate charged by solicitors.

ONS figures show that early January is by far the most popular time for couples to decide on a divorce and this is when solicitors expect to see the biggest spike of married couples wanting to throw in the towel after the ‘quality time’ spent over the Christmas break.

In is not uncommon in early January that a client will bring up their marital breakdown when I’m simply wishing them a happy New Year and chasing them for their tax return information. At this point I always ask when they are looking to formalise the separation.

The main reason for this is that the no gain/no loss rule on transfer of assets between spouses ceases for capital gains tax (CGT) purposes at the end of the tax year in which the couple separate. If the divorce is finalised (Decree Absolute) after tax year of separation, then both spouses (or civil partners) will be treated as ‘connected parties’ and any transfer of assets will be treated as made at market value, resulting in a potential CGT tax bill.

So however painful it may be, a married couple thinking of separating may want to consider delaying making it official, until just after 6th April. This would give them and their divorce lawyers nearly a year to deal with all the processes to formalise a divorce and sort out all the financial arrangements without HMRC being a large beneficiary in the asset split.

Of course, some divorce proceedings take years to reach a conclusion, especially if there are a lot of high value assets involved, so separating on or just after the 6th April will not help those, but for the vast majority it’s a powerful incentive to get the proceedings resolved within 12 months.

In the majority of divorce cases, the family home is often the largest asset. Currently, if you move out of your main family home, the final 18 months of ownership will still benefit from the CGT exemption even though you are not meeting the occupancy condition in that period. However, HMRC are looking to reduce this final period exemption to nine months for disposals made on and after 6 April 2020.

Also, to make a bad situation even worse, after April 2020, any CGT payable would be due within 30 days of transfer of the property. This could cause significant cash flow issues for the couple, who could already be in dire straits after payment of solicitors’ fees.

But there is some good news as there will be no Stamp Duty Land Tax (SDLT) if the couple agrees to split/transfer their family home (or other property) under the terms of a court order. However, you must be aware of a potential ‘tax trap’, if either party buys another home before the marital home is sold. In this scenario, they would be subject to the ‘second home’ 3% SDLT surcharge (4% LBTT in Scotland).

Divorce & Tax: Getting divorced doesn’t revoke a will

Another key consideration when in the throes of divorce, is to ensure that you update your will. Most people assume that divorce cancels out any will they have made; this is most certainly not the case and failure to make a new one can have unintended consequences.

One example is where an ex-spouse is named on the original will, which was made before divorce. However, if the person who made the will divorces then re-marries but forgets to update the will. You can imagine the fallout from that situation! If I put my accountant’s hat on, not only is there a legal nightmare to unravel but there could also be inheritance tax to pay if the higher value assets are transferred to the ex-spouse. Which brings me neatly onto:

Most people know that transfers between married couples (who are both UK domiciled) are exempt from inheritance tax (IHT). In addition to the transfers, the unused nil-rate band allowance (NRB) and any available residential nil rate band allowance (RNRB) is transferred automatically to the surviving spouse.

However, the IHT position gets complicated when the spouses are in the process of going through a divorce. Separated couples will be treated as ‘married’ for the purpose of IHT until the date of the Decree Absolute. This is different from CGT rules, whereby you are only qualify for exemptions for married couples while you are living together and up until the tax year of separation.

This may be a positive as the surviving spouse may be able to claim any unused available allowance, but this may be against the wishes of the deceased spouse if there are others involved. However, once the decree absolute has been granted, any unused allowances will not be transferred to the ex-spouse.

Today’s Blog only covers the most common tax issues that can occur when a couple are going through a divorce. But it is most certainly worth having some knowledge about the tax treatment on divorce so that you can make an informed decision, especially on timing.
But one final thought for you, in my experience, once a couple realise just how much it’s going to cost them in tax to get divorced, a significant minority, decide not to bother!
If you would like more detailed information on some aspect of UK Tax, send me an e-mail and I’ll be pleased to advise further.