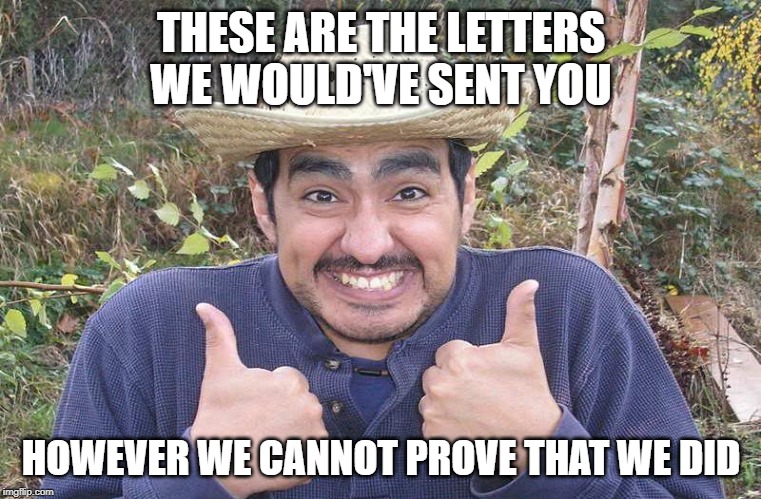 Today I’m reporting on a string of Tax Tribunal cases in which HMRC failed to produce adequate evidence to convince the Tribunal that a penalty was validly issued.

When it comes to tax penalties, the first responsibility is upon HMRC to prove (to the usual civil standard – the balance of probabilities) that the penalty was validly issued. Whilst the taxpayer is not obliged to have raised this point specifically in his appeal: the tribunal must consider the validity of the penalty before proceeding any further.

If, and only if, this is done, the burden shifts to the taxpayer, who needs to show that he or she has either a “reasonable excuse” or “special circumstances” which would enable the penalty to be overturned.

However, in four recent cases, tribunal judges have pointed out that if the penalties had been valid, the taxpayers would have had no reasonable excuse not to pay them. However, HMRC failed to prove to the satisfaction of the judges that those penalties were validly issued, and so the taxpayers won their appeals.

What does HMRC have to prove?

Penalties do not exist in isolation: for one to be due, certain things need to have happened in a set order. For example, if a self-assessment tax return is late; daily penalties can only be applied if all of the following five steps have been taken:

If the taxpayer (or the Tax Tribunal) accepts that all of these steps happened, the penalty is valid and enforceable. Otherwise, HMRC needs to produce evidence to show that each step actually happened.

In the case of HMRC v Halford, HMRC failed to show that a notice specifying the date from which penalties would run had been sent to the taxpayer. HMRC was able to produce a number of templates or stock letters which they said “would have been” sent to the taxpayer. Unfortunately for HMRC, the judge was in no mood to accept “would haves”. The examples provided related to a different tax year, and counsel for HMRC could not say for certain that the wording would have been the same for the correct tax year.

In the case of HMRC v Patel, the taxpayer was charged daily penalties in respect of a late partnership return. HMRC had assigned two different tax references (UTRs) to him and, despite much correspondence, had failed to deactivate the incorrect one. The only notice of daily penalties issued to him was sent to the wrong UTR and failed to identify correctly which tax return was late (it merely said “your return”).

HMRC did not do enough in either case to convince the judge that they had issued a notice which specified the date from which daily penalties would run. In both the Halford and Patel cases, HMRC produced a generic “witness statement” by Martin Delnon, manager of the SA Live Services Team, which purported to supply evidence of the system which was followed. Both judges refused to admit this for several reasons, including:

In the case of HMRC v Hinchliffe, the judge was astonished that HMRC’s Statement of Case was not accompanied by any documents to substantiate their position on what had or had not happened, and said;

“HMRC have got nowhere near satisfying their evidential burden that firstly a valid notice to file has been served, nor that valid notification has been given. The unsubstantiated account to that effect in the Statement of Case, is an assertion and not evidence. No evidence has been adduced by HMRC to establish service of notices to file or service of penalty notices.”

In the case of HMRC v Lorial, HMRC attempted to persuade the judge that notices to file had been sent to the taxpayer’s last known address by drawing inferences from the sparse and ambiguous notes in the “Return Summary”. The judge was wholly unsympathetic: “it is not for us to have to speculate about these matters. It is for HMRC to prove their case if they can”.

It is abundantly clear that whilst HMRC has enormous powers with which to pursue its public duty to collect tax, it also has a responsibility to exercise those powers with due care and proper attention.

HMRC is very quick to criticise taxpayers who fall short of their obligations through carelessness, but it should be reminded that an obligation to take due care applies to both sides.

In the words of Judge Geraint Jones QC in the Lorial case: “whatever form the admissible evidence takes, adequate evidence is a necessity; not a luxury”.