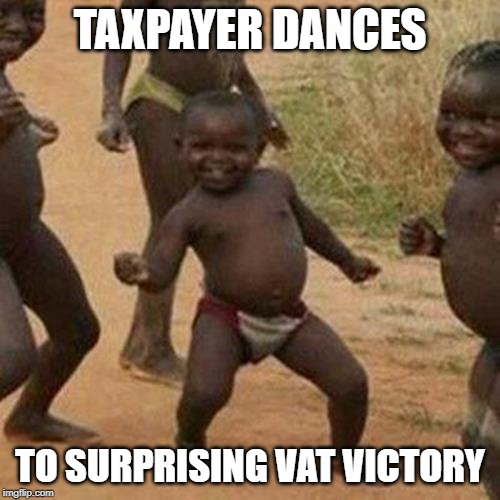 Today’s Blog came about as a result of my regular review of recent Tax and VAT tribunal cases and this one caught my eye when I read that a first-tier VAT tribunal had decided that Anna Cook’s Ceroc dancing classes qualified for an exemption from VAT.

For any person or organisation providing private tuition there are three conditions that have to be met before their services can be considered for exemption from VAT:

Ceroc is said to derive from the French “C’est le roc” (“It’s rock”), used to describe rock n’ roll dancing in France. This style of dance is also referred to as modern jive. The Ceroc brand operates as a franchise in the UK and the Ceroc classes typically follow a similar format.

Anna Cook hosted Ceroc classes at 11 different venues in Norfolk, which were described as a “fun night out and a way of meeting members of the opposite sex”; there was a licensed bar and disc jockeys employed to play the music and each attendee paid between £5 and £8 per session. The priority was to promote “entertainment, socialising and dance tuition”. 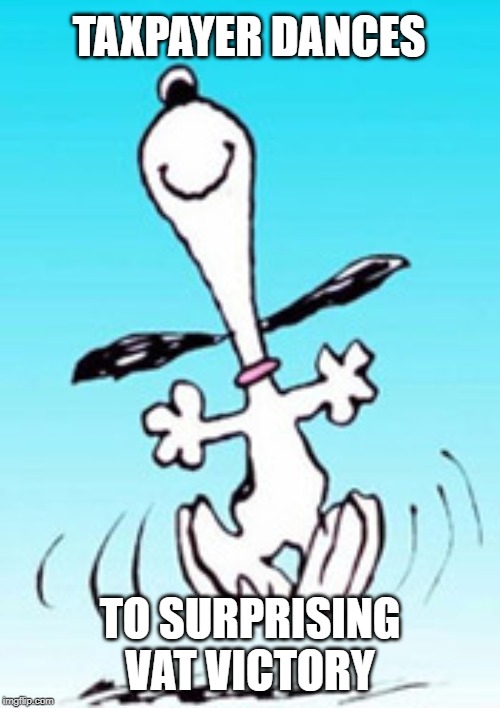 When I read the description of the dance classes, my immediate conclusion was the activity was clearly recreational and not educational, and therefore there was no VAT exemption!

My thought process was based on a string of a first-tier VAT tribunal FTT decisions in recent years that have denied the VAT exemption for, among other things, belly dancing, pilates and even yoga classes on the basis that these subjects were not ordinarily taught in a school or university.

However, on this occasion, Judge Gillett produced a shock decision in favour of Anna Cook.

Judge Gillett’s explained her somewhat different line of approach with the rationale that the Ceroc moves “should be considered as being the same as teaching dance in a school or university”. He also decided that “the advertising of the event as fun and entertaining does not detract from the fact that the ultimate purpose was to teach dance.”

He also concluded that the classes had a “serious educational purpose and not, therefore, a purely recreational activity.” The appeal was allowed, meaning that Ms Cook did not need to be VAT registered between October 2010 and 16 September 2012.

In many scenarios, there is often a very fine line between what is considered an educational lesson, as opposed to a recreational activity. This case would be a good one to quote if any of you dance teachers out there experience HMRC challenging the VAT liability of any classes given, although as it is only a first-tier VAT tribunal decision it does not form a precedent that other judges are required to follow. 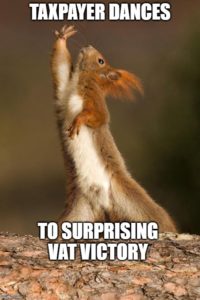 In general terms, there is no problem with the VAT exemption for sporting classes such as football coaching or tennis lessons, and general teaching in the arts; e.g. piano lessons or singing classes. However, my impression is that the Ceroc nights are stretching the boundaries to the extreme, as any basic internet search will show that by the way they’re advertised, they seem far more focused on fun rather than education. But a win is a win, so well done to Anna Cook.

The final result an own goal

This case has reminded of another case concerning VAT exemption from a year or too back involving an ex-professional football player (I’ll call him Jed). As a sole trader football coach Jed earned around £60,000 a year from his coaching work, and also made about £50,000 of merchandise sales, e.g. kits and boots, he was not VAT registered but paid a fair chunk of Income Tax.

Jed then heard that the Treasury had reduced Corporation Tax to zero to encourage small limited companies to invest and expand and with far less tax payable on dividends than being self-employed, Jed changed the status of his business to a limited company.

Unfortunately, whilst Jed was busy patting himself on the back, he completely forgot about VAT. The end result was that the company was trading over the VAT registration threshold because the £60,000 of exempt coaching fees he made as a sole trader became standard rated as a limited company. A classic example of how dangerous it can be swimming in the shark-infested waters of the nation’s favourite tax.