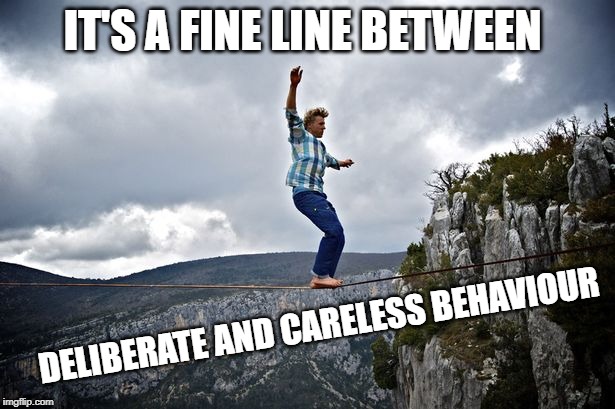 Today I’m looking at a recent VAT Tribunal case concerning a partnership, Faux Properties and their alleged deliberate omission of a big property sale from a VAT return.

Faux Properties registered for VAT in order to opt to tax a commercial property in Warrington and claim input tax on the repair costs. It sold the property for £179,000 plus VAT of £33,800 on 20 March 2015, but for their VAT return for the period ending 30 May 2015, they omitted output tax on the sale.

HMRC identified the omission when it checked the input tax claim of the buyer and raised an assessment. This cross-checking is an integral part of HMRC’s control procedures. The tax authority regularly check that input tax claimed by one business is correctly declared as output tax by the supplier. In the Faux Properties case, this cross-checking highlighted the omission.

HMRC raised an assessment to recover the tax, but a penalty was also due. HMRC decided the taxpayer’s behaviour in making the omission was “deliberate” but the error was “not concealed”, and HMRC prompted the declaration of the mistake.

A combination of these factors means that a penalty in the range of between 35% and 70% of the tax underpaid is due. In this case the penalty was discounted to 45.5% because the taxpayer gave some help and assistance to HMRC, so the final penalty was £15,379.

The senior partner claimed that the omission was a “basic administrative error” rather than a deliberate action, and he also said that a former employee had completed the nil VAT return, although there was no evidence to support this claim.

Omitted Output Tax: Was it deliberate?

There can often be a fine line between ‘careless’ or ‘deliberate’ taxpayer behaviour, which has resulted in a VAT underpayment. Personally, I would certainly question how a business solely registered for VAT as a result of one commercial property could forget to account for the VAT on its eventual sale for a large amount of money. However, it could be argued that a person trading in property has to think about many different taxes (Stamp Duty Land Tax, self-assessment income tax, and potentially ATED) so a VAT oversight could possibly be understandable in some cases.

Omitted Output Tax : What does the book say?

The key guidance on deliberate errors is contained in HMRC’s Compliance Handbook, and there is an unambiguous definition about what the department perceives as a deliberate inaccuracy:

A deliberate but not concealed inaccuracy occurs when a person gives HMRC a document that they know contains an inaccuracy. It is not necessary to demonstrate that the person knew what the accurate figure was, only that they knew that the figure they put on the document was not accurate.

There was one big surprise in this case; the tribunal judge was sympathetic to a ‘serious health condition’ of the lead partner, which had caused him much anxiety, and decided that the penalty should be downgraded from deliberate to careless.

Tribunal judges have the power to correct the behaviour category if it thinks HMRC has got it wrong. This appeal was therefore partly successful; with the judge commenting that the onus is on HMRC to prove that an error was deliberate, based on civil standards and the balance of probabilities.

For tax assessments, the onus is on the taxpayer to prove that HMRC’s calculations are flawed if, for example, an assessment is raised using the officer’s best judgment. The reality is that a taxpayer is more likely to be successful with an appeal against a penalty than an assessment, as in the case of Faux Properties.

I believe that this case was a surprising victory for the taxpayer, and another judge may have seen the situation very differently. It was even more surprising considering the judge’s comment that he had a ‘degree of scepticism’ about the taxpayer’s evidence. It seems that tribunals are often prepared to give taxpayers the benefit of the doubt in penalty appeals, which is good news for all my clients.