The curious case of a company deliberately overpaying VAT 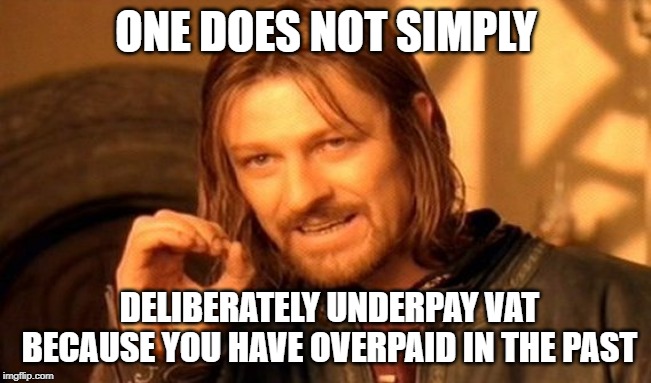 The curious case of a company deliberately overpaying VAT

Today I’m reporting on the curious case of JCA Seminars Limited that deliberately overpaid its VAT and then when the matter came to light, deliberately underpaid VAT on subsequent returns to correct the issue.

It will not surprise you to learn that HMRC/VAT did not agree on the method of correcting the situation by the company’s director. Assessments were raised and not paid, which gave rise to default surcharges, which the company appealed and as usual it all ended up before a judge.

The strange feature of the JCA Seminars case was that the company appears to have overpaid VAT because an employee was deliberately overstating the company’s turnover figures.

This bizarre scenario got me thinking; in all my years of working with the nation’s favourite tax, both working for HMRC and in my even longer stint on the other side of the fence: I have never dealt with a situation when output tax was intentionally overstated rather than understated on a VAT return.

So what are the practical outcomes of this scenario?

In the case of JCA Seminars Ltd, the problem seems to have been caused by a disgruntled employee who fraudulently overstated the company’s turnover between 2012 and 2016.

The lady concerned was convicted in 2017, but there was no detail given in the case report about how or why the employee did this. The report also stated that the issue is still being considered by HMRC, which could lead to VAT refunds being made.

You may well wonder why an employee might deliberately overstate sales (I certainly did). Perhaps the individual was partly rewarded by way of commission due in respect of sales. By inflating the value of sales or even inventing them, the employee would boost her own earnings (if there was no check on the process). I am only speculating on her motivation, as I’m not sure how the rising debtors figure would have been explained!

The challenge for an accountant or indeed business owner, in such a situation is to review past output tax declarations and submit the error correction form VAT652 to HMRC. Output tax is not payable on dummy sales invoices never issued to a customer. Similarly, input tax cannot be claimed on false purchase invoices.

As explained in VAT Notice700, if the net amount of VAT overpaid is less than £10,000, then surely it can be corrected on the next VAT return in accordance with the error disclosure limits?

The answer in this case was no; as underpayments resulting from deliberate action cannot be corrected on a VAT return because the £10,000 threshold is reduced to zero. Which is presumably why the director tried (and failed!) the unorthodox method.

The waters get muddied further

A separate aspect of the JCA Seminars case was that the company used the wrong flat rate percentage while using the flat rate scheme for small businesses. This resulted in an HMRC assessment for £3,359, which the director also appealed on the basis that HMRC should have told the company about the correct rate to use.

The director also blamed her accountant for failing to identify the error. In my opinion, quite frankly, the chances of the taxpayer winning this argument were less than zero, but perhaps she will get some VAT back when the fraudulent sales figures are untangled.

The final learning point from this unusual case is that the judge, in allowing the taxpayer’s ‘reasonable excuse’ appeal concerning default surcharges, reminded us that although a lack of funds is not an excuse for late payment of VAT, the reasons for the insufficiency of funds can amount to a reasonable excuse.

The judge quoted the case of Steptoe from 1992, when a taxpayer could not pay his VAT on time because a normally reliable customer paid him late twice due to computer problems, leaving Steptoe short of money to pay his VAT. That appeal therefore succeeded.

The judge cancelled all default surcharges issued to JCA Seminars Ltd because the employee fraud was a reasonable excuse for late payment. He recognised the “catastrophic effects on her finances of the fraud,” which was at least some good news for the director.

The judge however sided with HMRC on the wrong flat rate percentage appeal, commenting that it was the company that chose the category, not HMRC, so they had to suffer the consequences.