As the many readers of this Blog will testify, I am not the biggest fan of HMRC; indeed a fair number of my Blogs have been quite scathing of their inefficiencies and treatment of taxpayers.

But today, I will have to address the fact that I once wrote that I would ‘eat my hat’ if I ever wrote a Blog in praise of the tax office, of whom I have been a long-term critic.

Over the years, I have had good relationships with many representatives of assorted tax offices, generally those with decades of experience who themselves despaired over its failures to get the basics right. Even so, there are still a significant number of long-running disputes that drag on without any obvious sign of resolution and it is sometimes easier to give up hope in favour of prayer. 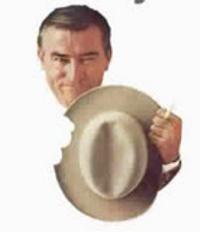 With the 31st January deadline fast approaching and after a very pleasant Christmas break; on Thursday 3rd January, I decided that I could not put off doing my Tax Return any longer.

I had finally got together all of the necessary documentation and data to complete my own personal tax return. It was ready to file and the only thing left to do was fill in the online self-assessment pages.

So far so good; however, having relied on my computer to insert a username and password successfully, I was then asked for a six-digit code that was sent to a phone number that is no longer in operation.

Totally frustrated and preparing to give up any activities before lunch, I was of course tempted to pretend to be my own accountant, which technically I am, to bypass the drawn out system available to ordinary taxpayers, and  use the special number for accountants acting on behalf of clients. However in order to test out the process, I resisted my inner voice and attempted to get through as a normal tax-paying punter.

I called the helpline number shown. Inevitably, it was necessary to punch a series of numbers into the phone in response to queries designed to narrow down the issue until eventually, it reached the point where HMRC’s automated system had no alternative but to put me through to a human being. 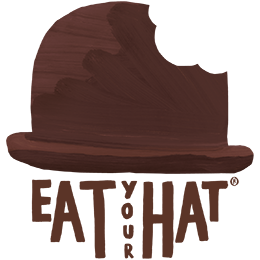 The phone rang once, it rang twice and then a man with a Geordie accent named Steve picked up the phone as if he had been hovering over it waiting for somebody to chew the fat. I explained my problem and patiently and methodically Steve analysed it, took half a minute out to have a chat with a colleague, and then worked a little bit of magic on HMRC’s internal system.

He also agreed to stay on the line while I checked the outcome. Now, the six-digit code was sent to the mobile phone on which I was speaking to him and immediately allowed me to log in. Half an hour later, not only had I completed and filed my tax return with four weeks to spare but, to add joy to happiness, I am now promised a tax refund that cannot come too soon.

I can only hope that this is a sign of things to come and, over the next 12 months that my Blog will be filled with a string of articles praising HMRC and its hard-working officers.

Or it just may be that Thursday was a day when the planets were aligned in my favour and normal service will be resumed next week. We’ll just have to wait and see.