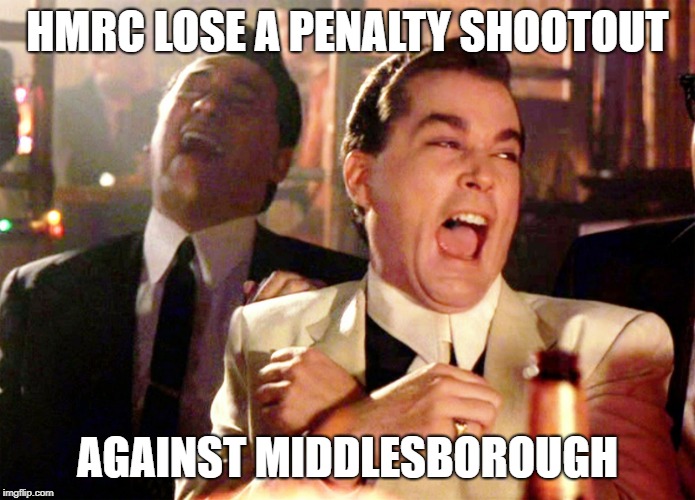 Today I’m reporting on a hard fought battle between HMRC and Middlesbrough Football Club. The game started two years ago and came to its final conclusion at a recent Tribunal; where Boro won after extra time.

Middlesbrough had argued for two years that it was only responding to the wishes of employees who requested the arrangement, but HMRC was steadfast in its position that the club had ignored laws and was liable for prosecution.

Despite being roundly criticised for pursuing the action, HMRC refused to back down and said it will always chase cases where employers pay under the National Minimum Wage threshold.

Having been unable to change HMRC’s mind, and following the tax office’s issuing of a penalty notice; the club opted to appeal to the referee, the chair of the employment tribunal in Teesside Magistrates’ Court.

After a string of claims against corporates including Iceland Foods, which tripped up over a Christmas savings scheme, retailer John Lewis which paid £36m to cover its payroll error, and fusion eatery Wagamama which was fined for its minimum wage infraction, HMRC went into the legal encounter full of confidence.

HMRC’s lawyers shot first and said Middlesbrough had the “benefit and use” of the season ticket payments, which were paid directly into the club’s bank account, and as a result, must be found in breach of the legislation.

However, defender Robin Bloom, the club’s barrister, responded that it was “a deduction that has been made at the behest of the employee and for the benefit of the employee”, and at the end of the day, the court agreed.

There are clearly certain deductions which must, by law, be taken into account; such as when a deduction is made for expenditure in connection with the worker’s employment or if the deduction is for the employer’s own use or benefit.

The judge commented that in this case, the benefit for the worker was that they could spread the cost of the season ticket over the course of the year rather than pay for it in one lump sum. As the workers were not compelled to buy a season ticket and watching the football was not a requirement of the job, the deduction should not have counted towards National Minimum Wage.

Interviewed after the conclusion of the tribunal, Boro chairman Steve Gibson blasted HMRC’s tactics, stating the case was “a huge waste of public money”. “Ultimately it is the taxpayers who are paying for this shambles and our politicians need to take notice and demand a more professional approach in the future,” 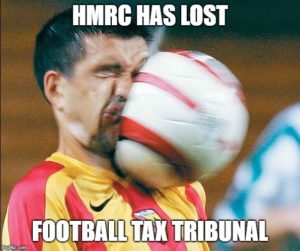 That’s got to hurt

Gibson, then commented on the huge cost to the taxpayer, “In addition to the witnesses costs, HMRC had a barrister, a lawyer and three other observers at court, which demonstrates the appalling the waste and inefficiency within the civil service”. “I believe this is symptomatic of a bureaucratic civil service who are out of touch with the real world,” Gibson said. “I am delighted that our appeal has been successful.”

Current legislation in this area paints a confusing picture, both for employer and employee and the Boro case is an illustration of why clearer guidance is needed.

Where an employee elects to forgo a percentage of their salary towards a benefit provided by their employer, such as a season ticket, they have clearly consented to that deduction for a benefit that they wanted.

Unfortunately HMRC retains a blinkered myopic view over any possible violations of the National Minimum Wage, whether they are intentional or not.