Charitable giving may be vatable 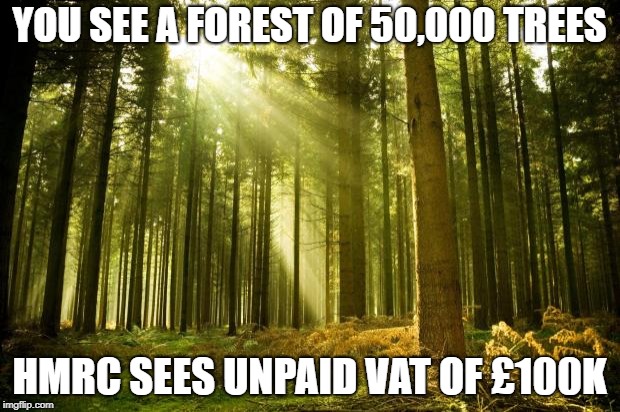 HMRC can’t see the forest for the trees

I recently became involved with a situation where HMRC demanded output tax on donations received by a charity. I found this strange, as donations are generally outside the scope of VAT because the money received does not relate to the supply of goods or services. The reason HMRC gave for demanding VAT was that the payment directly related to a service being performed by the charity.

Better Soil is an environmental charity which is aiming to plant 50,000 trees across the highlands of Scotland. It has asked supporters to fund its £500,000 plant a tree campaign, whereby the charity will plant one tree on common land for every £10 donation it receives. So if a donor gives £100 to the charity, this will fund the planting of 10 trees.

The HMRC officer involved deemed the donations to be liable to VAT, because tree planting was a standard rated service. Personally I find his thinking is flawed, or to put it another way, complete nonsense. 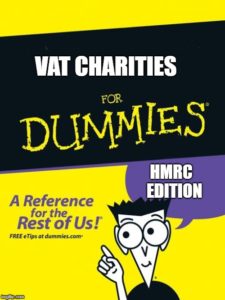 HMRC has its own VAT Charities manual

HMRC has its own VAT Charities manual, which deals with most of the common VAT dilemmas facing charities. Very helpfully, the relevant section in the manual is titled: When is a donation not a donation? To directly quote the first two sentences of the section:

“If there is a direct link between the payment and a benefit received by the giver the monies cannot be treated as a donation. As long as it is clear that a person is under no obligation to make a payment in order to receive certain benefits then the payment is usually a donation.”

If the donor say, paid £100 and the charity planted ten trees in his back garden, this is clearly “a benefit received by the giver”. However, in the example of the Better Soil charity, the donor has absolutely no idea whether his donation will fund trees planted in Edinburgh, Perth or John o’ Groats, or even if any trees are planted at all. The charity is dictating the course of events. So there is no way that the donor has received any benefit from his gift.

I recall a comparable case from 4 years ago involving a gentleman called Neil Watkins, who is a keen cricket fan and his favourite team (which has charitable status) was building a path from the clubhouse to a new stand. The path was made from large tiles on which supporters can have their name inscribed and linked to their favourite cricketer, in return for a minimum payment of £100. Neil chose to have his name linked to his favourite player, the former England wicket-keeper Matt Prior.

Neil clearly received a benefit from the club, as his name was being publicly linked with his favourite cricketer. The payment of £100 is therefore standard rated for VAT and is not a donation.

It’s also worth considering the implications of such a “gift with benefits” for the gift aid scheme. There are clear rules on how much benefit the donor can receive for the gift, for it to qualify for gift aid. The value of the benefit is its market value, or how much the donor is prepared to pay for the goods/ services he/she receives.

In Neil’s case, the potential maximum value of benefit for gift to qualify for gift aid would be £25, but it wouldn’t be eligible for gift aid relief in this scenario. This is because Neil is prepared to pay the full amount of £100 requested by the club for the inscribed tile, so £100 is the market value for that tile. However, if Neil gave the club more than the £100 minimum payment, say £125, the additional £25 would qualify for gift aid.

If any of you are involved with charities and HMRC has ruled that output tax is payable on certain donations, be assertive and be prepared to challenge the officer’s decision where appropriate; and what better way to do that than by quoting HMRC’s own guidance, from section 3400 of their VAT manual!
I’m also pleased to report, that following a request for a review of the Better Soil VAT officer’s decision, his superiors had better sense and withdrew the VAT assessment.
If you would like more detailed information on some aspect of UK Tax, send me an e-mail and I’ll be pleased to advise further.