Tax was due on UKIP donations 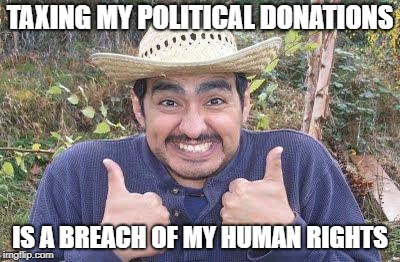 If you don’t ask you won’t get

This was a case in which arch brexiteer Arron Banks sought to use the European convention on human rights to argue that Inheritance Tax (IHT) charged on gifts he made to the UK Independence Party (UKIP) amounted to a breach of his human rights.

Gifts or donations made to organisations and companies (i.e. not to other individuals) are chargeable to IHT unless the organisation is exempt. There are specific exemptions for gifts to charities, to housing associations, for national purposes, maintenance for historic buildings and to political parties.

Potentially chargeable lifetime gifts can also benefit from an annual exemption of £3,000, but any capital gift not covered by an exemption, will suffer a 20% tax charge. 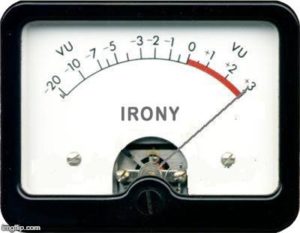 This case should appear in the dictionary

Arron Banks was one of the largest donors to UKIP and in the 2014/15 year, Banks, and companies he controlled, made donations totalling £976,781 to UKIP.

HMRC raised an assessment on these donations for IHT of £162,945. Banks asserted that to deny these contributions an exemption from IHT (IHTA 1984 s24 – gifts to political parties) was a clear breach of his human rights.

UKIP is not a “political party”

Banks’ claim under the Inheritance Tax Act 1984 (IHTA) was disallowed by HMRC because UKIP, at the time the donations were made, failed the statutory test for a qualifying political party. This requires the party, at the last general election prior to the donation, to have had either:

At the relevant time, UKIP had two MPs, but neither had been elected at the 2010 general election, as both had been elected in subsequent by-elections. As the judge pointed out, it didn’t matter that UKIP had polled more votes than parties which had succeeded in having candidates elected. The test was an objective one and it had been failed. 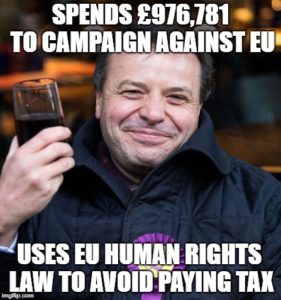 In fact, Banks had never argued that UKIP passed the statutory definition. His argument was that applying section 24 strictly constituted “a breach of his human rights and a breach of EU law”.

Specifically, he claimed discrimination contrary to Article 14 of the European convention on human rights (ECHR), and in particular with regard to rights bestowed by Article 1 of the first protocol to the ECHR, the protection of property.

What the Articles provide

Article I refers to the right of peaceful enjoyment of his possessions, which are not to be taken from him unjustly. However, the state may enforce laws which deprive persons of property in the public interest “or to secure the payment of taxes”.

Article 14 provides (so far as it relates to Banks’ claim) that the rights and freedoms set out in the convention must be enjoyed without discrimination “on any ground such as… political status”.

Aaron Banks’ legal team argued that there was clear discrimination against him for his political views: had he been a contributor to the Labour or Conservative party, he would have been granted exemption from IHT for the donations.

HMRC argued that Banks lost out, not because of his opinions, but because of his choices of action: he should pay IHT because he chose to donate to a party which failed the objective test to determine what a political party is.

The judge referred to an earlier judgment of the European court of human rights, which confirmed that the convention seeks “to guarantee not rights that are theoretical and illusory but rights that are practical and effective”.

He accepted that the IHT rules were not proportionate to the aim of encouraging the private funding of political parties which are participating in parliamentary democracy and acknowledged that the effect of the legislation is discriminatory against the supporters of newer and smaller parties. He did however conclude that the Tribunal could not simply invalidate those rules. He also commented that he was “not able to re-write the legislation”.

In truth, this was an appeal which was never likely to prosper. Even setting aside the irony of the situation (a UKIP sponsor seeking the aid of EU law), it was directed to the wrong forum. The tribunal has the power to interpret UK law in a manner consistent with the ECHR; it does not have the power to ignore UK law where there is inconsistency, and certainly not to rewrite it into a more acceptable format.
If the IHT rules are now obsolete, which is an arguable point, only parliament can do anything about it. The tribunals and courts will not be able to help.
If you would like more detailed information on some aspect of UK Tax, send me an e-mail and I’ll be pleased to advise further.

VAT liability of charging your electric car
Truckers v The Taxman (Who will win the standoff?)
UK Tax Questions Answered by Shrewsbury Accountant No.21